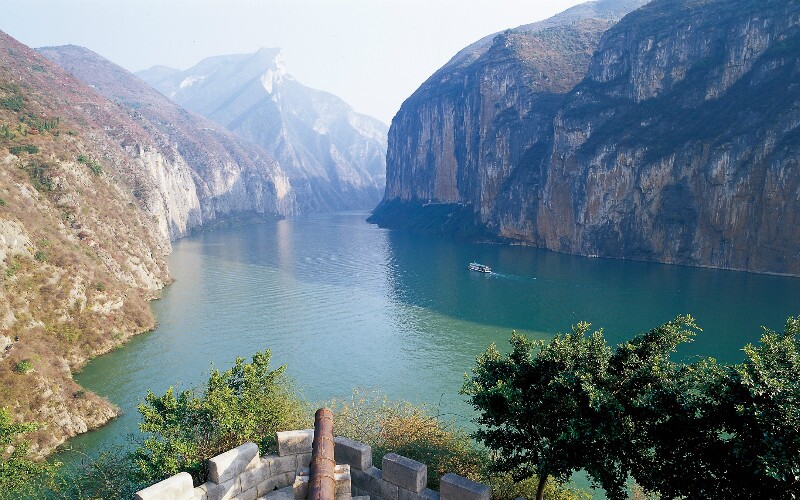 From west to east, Xiling Gorges starts from the mouth of Xiangxi River in Zigui County till Nanjin Pass in Yichang City. It was named after Mt. Xiling. There are 3 cities along Xiling Gorge, which are Badong, Zigui and Yichang. The Three Gorges Dam comes right in front of Xiling Gorge. 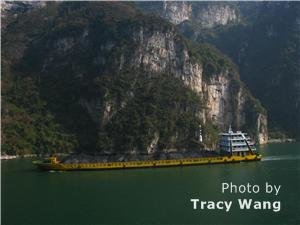 Xiling Gorge is the last of the Three Gorges as one sails down from this stretch of the Yangtze, and it marks the end of the narrow, twisting and turning corridor that has been so treacherous in the past. Thanks to the Gezhou Dam Water Conservancy Project, the water now has been calmed to some extent.

In spite of the risks (Xiling Gorge was dubbed as a "death passage"). Ships were compelled to pass through its waters regularly, as there was little alternative. It was also for this reason, among many others, that the Three Gorges Dam project was justified. It has turned what was once a "dealth passage", where many ships went aground, and some even completely destroyed, into a gent waterway whose surface today more fittingly be compared to the placid waters of a lake.

Beyond the Xiling Gorge, the Yangtze broadens out into a flat, gentle waterway that is easy to navigate. Along Xiling Gorge sit many historical sites, including the Huangling Temple which was first built during the Three Kingdoms Period over 1,800 years ago, Quyuan Ancestral Hall, an old temple to honor the memory of Quyuan, a great patriotic poet in ancient time, and the former residence of Wangzhaojun.

The best way to see Wu Gorge is on a Yangtze Cruise. Read more on Yangtze Cruises.
For the best time of year to travel see Yangtze River Weather.