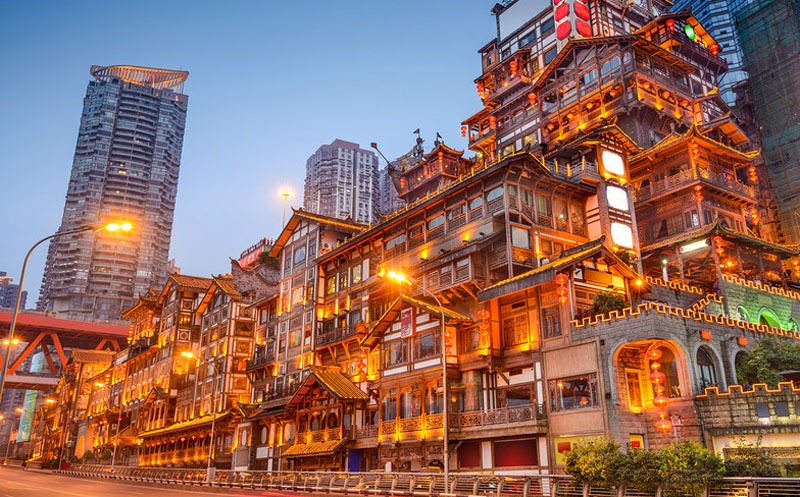 The city sits at the confluence of the Jialing River and Yangtze River. The rivers made it China's biggest port city in the southwestern region.