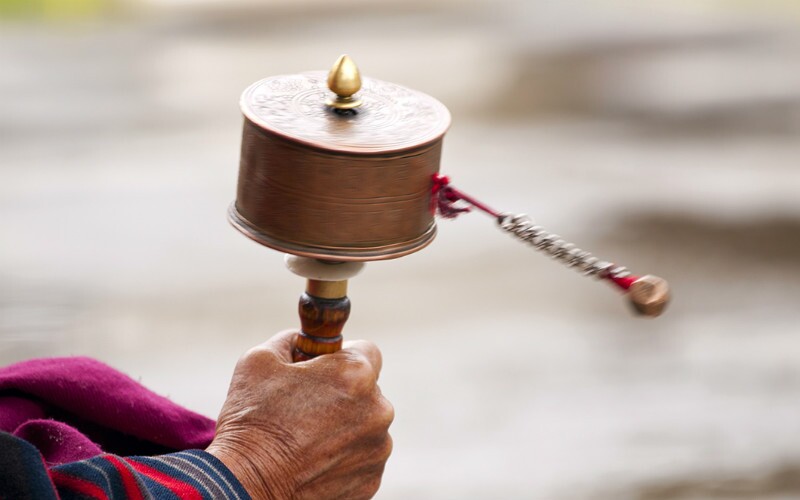 Why is Saga Dawa Celebrated

The Saga Dawa Festival honors the life of Buddha. According to their tradition, when Buddha was dying, he instructed one of his followers not to honor him merely with flowers, incense and lights after he died but by striving to follow his teachings about living a noble life and being kind and compassionate.

He urged people not to weep about his death but to remember that all compound objects like the human body must eventually disintegrate. In various Buddhist countries, people celebrate the holiday in different ways and on different days.

The main activities involve going to temples, raising a tall prayer pole called the Tarboche Prayer Flagpole, and lighting a lot of butter lamps for the occasion.

Where is Saga Dawa Celebrated

Each year on this day near a place called Kailash Kora, the old prayer flag pole is taken down and the new one is put up. The prayer flagpole is a tall pole from which are hung hundreds if not thousands of multicolored prayer flags.

Each prayer flag represents a prayer that someone wants fulfilled. The flags are let to fly in the air so as to increase the potential for answering. There is a tradition that if the pole is not set well upright, it means that Tibet is in trouble.

So it is thought to be very important to set the pole up accurately, and only the best pole setter-upper is allowed to perform the duty. People are relieved and joyous if it is set up accurately.

Adding to the spectacle of the Tibetans worshiping, the scenery in the area is ruggedly beautiful with rocky cliffs and high snow-capped mountain peaks.

How is Saga Dawa Festival Celebrated

Along with remembering Buddha and his activities, the main point of the festival is to pray. It is said by many that the goal of the festival season is to pray for the long life of all the holy gurus of all traditions, for the survival and spreading of Buddha’s teachings in the minds of all sentient beings, and for world peace.

Tibetan Buddhists go to monasteries and temples to pray during the Saga Dawa Festival. One place in Lhasa where crowds of Tibetans gather to pray is the Potala Palace.

Hundreds of people lie down or stand to pray in front of it. People also go to a park near the Potala Palace that is called Dzongyab Lukhang Park for a large-scale outdoor picnic in the late afternoon.

In the temples, people will light more butter lamps. Butter lamps are simply clarified yak butter or vegetable oil in a bowl with a wick. The lamps produce a smokey light.

In Tibetan Buddhist tradition, a lot of lights together are conducive for meditation and focusing the mind. According to the Root Tantra of Chakrasamvara, "If you wish for sublime realization, offer hundreds of lights.”

So on special holiday, people and monks at the temples light thousands of lamps. For many, the Saga Dawa Festival marks the beginning of a holy month.

The Saga Dawa Festival is an ancient festival that is celebrated by people in different countries in differing ways. Tibetan Buddhists try to do what the Buddha said and give alms and pray.

It is thought that praying and alms giving and doing acts of benevolence during Saga Dawa and in the holy month after this multiplies the merited return to the giver far more than on regular days.

During the month, many Tibetans also refrain from killing animals. Tibetans think of it as Buddha’s birthday, but they also celebrate his achieving of enlightenment and his death on the day.

Many Buddhists around the world call the day Vesakha or Vesak from the Sanskrit name Vaisakha. The First Conference of the World Fellowship of Buddhists resolved in 1950 to urge that the day of the full moon in the lunar month be a day to honor Buddha.

Though the holiday is still celebrated on different days around the world, it is considered by many to be the most important Buddhist festival day.