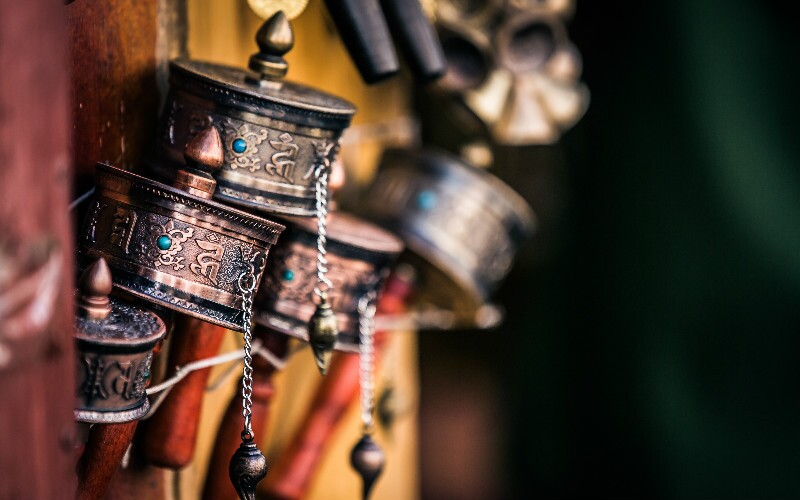 Origin of the Butter Lamp Festival

This delicious-sounding festival involves lighting butter lamps (lamps made of butter) and displaying butter sculptures in order to commemorate Shakyamuni Buddha’s great debating victory over his opponents about 2,500 years ago in India.

He bested them in a great debate. The festival falls in the first month of the Tibetan calendar on the 15th day, and it is traditionally considered to be a part of the Monlam Prayer Festival week before it.

During the day, people go to temples, and there are displays of sculptures made of colored butter of Buddhas or animals, flowers and birds. The sculptures are psychedelic.

Then at night, thousands of butter lamps represent the light of Buddhism. The day commemorates Buddha’s victory and wisdom, and it is an interesting sight especially on Barkhor Street in Lhasa that is Tibet’s capital city.

Celebration of the Butter Lamp Festival

The colorful and intricately designed butter sculptures are called “Tormas.” Making these Tormas has been a tradition for hundreds of years. Now, some of the large butter sculptures tell the story of Buddha and his oral victory.

Various characters in the old story are represented to instruct people on history. Barkhor Street and its square are turned into a grand exhibition site for Tormas sculpted from butter.

It is a fantastic night. Some of the sculptures are lit and with the thousands of burning lights, they make a meditative or mesmerizing scene.

Butter lamps are simply clarified yak butter or vegetable oil in a bowl with a wick. The lamps produce a smokey light. In Tibetan Buddhist tradition, a lot of lights together are conducive for meditation and focusing the mind.

According to the Root Tantra of Chakrasamvara, "If you wish for sublime realization, offer hundreds of lights.” So on special holidays, people and monks at the temples light thousands of lamps.

They put them on scaffolds that may be several stories high. Tibetans also supply butter and vegetable oil to the monasteries; to gain merit. The lights banish the darkness. Just as butter or vegetable oil turns into light, it is believed that human minds can be enlightened.

Along with seeing the butter sculptures and the lights, people dance and sing in the streets. It is a festive time, and it is said to be their merriest celebration. It is sort of like a Western New Year celebration.

The lights burn all night in the cold night air until the morning. For Tibetans, it is the culmination of their winter festival and New Year festival, and the climax of months of preparatory work.

In 1409, Tsong Khapa lit a lot of lights to commemorate Shakyamuni’s victory in a debate in Sravasti in India. In Indian culture, debates have had greater significance than in most other cultures.

Victory in important verbal debates has changed India’s history many times. In former times, over ten thousand monks from Drepung, Sera and Ganden monasteries gathered at Jokhang temple for the festival. Nowadays, there are far fewer monks in attendance.

In times past, the Monlam Festival in Lhasa was very important for Tibetan monks. The Dalai Lamas would go to the Jokhang Temple and preside over a question and answer test for the highest-ranking monk.

This event is now carried out in Dharamsala where the Dalai Lama lives. Now, it is a festivity is for making merry and worship.