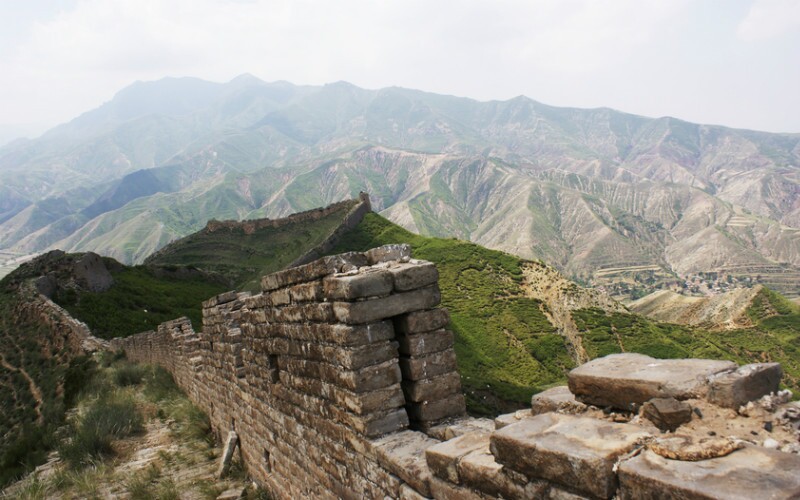 From Mt. Hua east of Xi'an, the boundary wall of the Wei State stretches north across a plain to another mountain range, 30–50 km west of the Yellow River. The total length was about 300 km, acting as the border of the states of Qin (west) and Wei (east) in the Warring States Period.

A Brief History of the State of Wei

During the Spring and Autumn Period (770–476 BC) Wei was a small ancient Chinese state in today's northern Shanxi Province.

During the Warring States Period Wei grew in size and became one of the seven major states in 403 BC. Its capital was first established in Anyi (安邑, now Shanzhou, Sanmenxia, Henan Province), and was later moved to Kaifeng. It was defeated by the Qin State in 225 BC.

When Wei's Wall Was Built and Why

To resist invasion by the state of Qin, in 358 BC the Wei State began to build its "Great Wall" west from the Yellow River border of Qin. This section of boundary wall was like the Great Wall in other parts of China. It was finished in 351 BC, and was further developed in following years.

We don't recommend visiting the Wei State "Great Wall" ruins, as they haven't been developed for tourism, aren't much to look at, and are mainly only visited by archaeologists.

The Dali Section of the Wei Great Wall

In northwest Dali County (大荔), Shaanxi Province, there are total of 12 relics, most above ground. The longest is about 2,100 meters long. This section of the Wei Great Wall is better preserved than Huayin's, and stretches north-south. 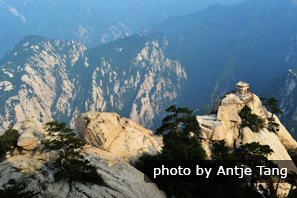 The scenery of Mount Hua.

There are Wei Great Wall remnants in Huayin County (华阴), Shaanxi Province, with a total length of about 5 km (3 mi), and beacon tower relics. It's a testament to how solidly its yellow earth (loess) construction was rammed in layers that even some is preserved. The relics are hard to find.

Mount Hua in Huayin County, a spectacular five-peaked mountain, one of China's Five Great Mountains, is definitely worth a visit though. And there you can say you've been to the start of the Wei State Wall!

Mount Hua is often combined with a tour of Xi'an by fitter and more adventurous hikers. It's a steep mountain, but there are cable cars, and it's both rich in scenery and culture.