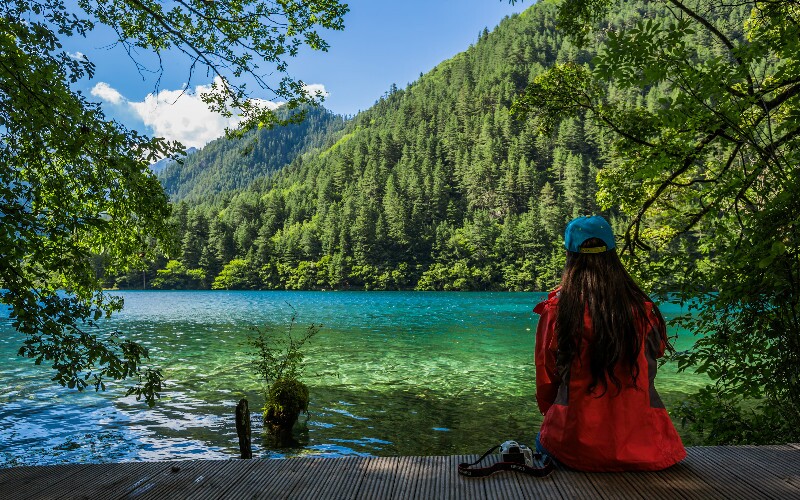 10 Interesting Facts You Should Know About Sichuan

Sichuan is an incredible area and fabulous for tourists. Its western half is immersed in natural beauty and very tall mountains, and the plains have a lot of history, and a big city: Chengdu. This big province is brimming with history, culture, astounding natural beauty... and pandas.

Here are 10 interesting facts about Sichuan you should know before you visit.

1. Sichuan is larger than Germany with a similar population.

Sichuan is a large province in central China.

Chengdu, the biggest city with almost 12 million people, is ranked 7th in size in China. It has the world's largest building by floor area called the New Century Global Center and a more relaxed pace.

The size and quality of the Sanxingdui bronze art masterpieces astounded archaeologists.

Sichuan has had more than 3,000 years of civilization beginning with the Sanxingdui people who lived around Chengdu. The Shu State existed until 316 when the State of Qin conquered it.  There are impressive archeological sites such as Sanxingdui and large ancient construction projects such as the Qin Dujiangyan project near Chengdu.

Sanxingdui Museum: This 3,000 year old bronze age civilization was only discovered by archaeologists in Sichuan in 1986. It is about 40 kilometers northeast of Chengdu and has the world's oldest life size human statue among other bronze treasures. A sister museum called the Jinsha Museum is in Chengdu.

The Dujiangyan Irrigation Project near Chengdu is one of the great irrigation projects of ancient China. It was built in 256 BC by the Qin to prevent floods of the Min River (a tributary of Yangtze river) and for irrigation, and it is still in use. Along with seeing the outstanding ancient engineering, the natural scenery is beautiful, and it also has a Certificate of Excellence in 2018 on TripAdvisor.

3. Western and Northern Sichuan is high elevation with natural parks.

Sichuan has a mountainous plateau in the west and mountains in the north and southeast. The northern mountains are the tallest and are beautiful. The mountains are on the edge of the Tibetan Plateau, and there are highlands above 12,000 feet (3,700 meters) with peaks rising above 5,000 meters.

Jiuzhaigou and Huanglong are a pair of famous high-altitude national park areas in northern Sichuan. Most of Jiuzhaigou is substantially above 2,000 meters (6,600 feet), and Huanglong is above 3,200 meters (10,500 feet). So prepare well for high-altitude sickness by acclimatizing yourself in a high valley town for a couple of days. It is a good place to backpack.

4. The western mountains experience sharp weather variation, but the lowland has milder weather.

The eastern lowlands have a subtropical monsoon climate and are often cloudy or foggy. Chengdu lies in the basin area, and people say Chengdu's weather is even cloudier and foggier than London's.

The weather is suitable to visit most of the Sichuan lowlands all year around. Here is information about Chengdu's weather including daily forecasts.

The western highlands have weather extremes.

However, due to its varied terrain, the mountainous western regions experience a variety of climates, and there may be rapid weather changes.

5. Sichuan is a place to experience Tibetan culture.

You can see the Tibetan yaks and herders at Xinduqiao near Kangding.

The Tibetan people are native to the northwestern mountain areas. They were once part of the large Tibetan Empire that had their capital in Lhasa. Unlike their Tibetan cousins, most have lost much of their distinctive culture.

However, the Tibetans around Kangding that is close to the Tibetan border have retained more than most. If you have no chance to visit Tibet, you could visit this ancient Tibetan market town on the old Tea Horse Road bordering Tibet. There are Tibetan Buddhist temples such as Dege Lamasery, and you can see Tibetan people dressed in traditional clothes and experience the Tibetan lifestyle.

You can visit and tour Kangding without obtaining the requisite travel permit to visit Tibet itself. Around the Jiuzhaigou area, you will find Tibetan towns and temples and people in native dress.

6. Sichuan Opera is an important part of Sichuan culture.

Sichuan Opera is an important part of Sichuan culture you can watch while there, and the most popular and comedic performances feature virtuoso actors who can rapidly change their mask.

7. Sichuan hotpot is the favorite meal.

Sichuan hotpot (火锅 huǒguō /hwor-gwor/ 'fire-pot'), also known as Chinese fondue, is the most popular meal in Sichuan. It consists of a simmering metal pot with broth at the center of a table and raw ingredients, placed beside the metal pot so that people can add and cook whatever they like in the broth.

Of the regional styles of Chinese cuisine, Sichuan cuisine is one of the most famous worldwide, though if probably won't be served with so much chili and numbing peppercon outside China. Concocting a delicious fiery dish is a great way to have a fun dinner with friends or family. Another favorite Sichuan dish is kungpao chicken.

8. Sichuan is convenient for transportation.

Sichuan has airports in the top tourism locations.

Sichuan currently has 22 airports, and more are under construction. These will land you safely in top destinations all over the province including Jiuzhai Huanglong Airport that is one of the world's highest airports at 3,500 meters altitude and Kangding.

Chengdu Shuangliu International Airport is the air travel hub in the region and is China's fourth busiest. Though Sichuan is in southwest China, far from the major cities in the east, it is easily accessible by air.

Bullet trains are a new method of travel. Now inter-province bullet train lines to Xi'an (about 1.5 hours), Shanghai (13 to 16 hours), and Chongqing (about 2 hours) and intercity lines to Leshan, Mount Emei, Dujiangyan and nearby cities makes travel faster, safer, and with lots of sightseeing along the way.

9. The Ya'an region was an important part of a centuries-old trade route.

As one of the first tea-producing regions, Sichuan was an important part of the trading network of the Ancient Tea Horse Road 茶马古道, also sometimes referred to as the Southern Silk Road. It became the most import tea growing area for Tibet during and after the Song era (960–1279).

These cute creatures are famous around the world, and in Dujiangyan Base (an hour and a half drive from Chengdu) especially, Wolong Panda Base (3 hours), and Bifengxia Giant Panda Base (two hours), you can not only see and touch them, but get involved in caring for them.

The Chengdu Giant Panda Breeding and Research Center (half hour drive) is the closest, but there are no volunteer programs there.

If you'd like to hike at a panda base, we suggest Wolong and Bifengjia.

For short-term volunteering, we suggest China Highlights Panda Keeper Tours that won the Certificate of Excellence 2018 on TripAdvisor. See How to Plan a Giant Panda Tour.