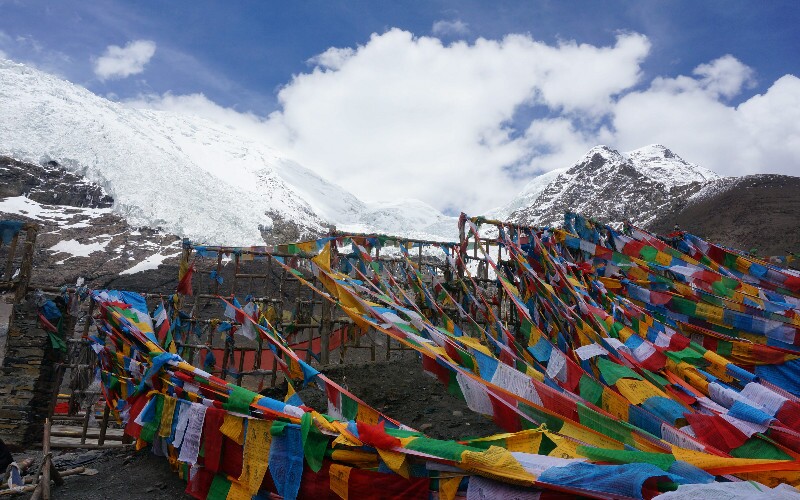 Prepared for your trip to China? Or still trying to consider where to go? Or do you want to learn more about where you are going? To make your planning and decision-making a little bit easier, China Highlights has selected a range of documentaries. So before you take off on your trip, get started on one of these documentaries and become better informed on several aspects of China and its culture. Most popular for anyone with an interest in China, A Bite of China is a documentary series created by Chinese state media company CCTV and focuses on the history of food, cooking and eating in China. The documentary series, which consists of two seasons and 15 episodes altogether, is also known for its spectacular sceneries and backdrops, and will definitely get you excited about your trip to China.

All episodes are a great introduction into Chinese cuisine, and each episode focuses on different types of food throughout the entire country: from the staple of Northern Chinese dumplings and the noodles that vary widely throughout the country, to China's diverse range of ethnic minority foods.

Whether you are a foodie and have some experience with Chinese food, or whether this is your first time, this series is for you. The best way to watch the episodes is through the CCTV website: http://english.cntv.cn/special/a_bite_of_china/homepage/index.shtml, or you can stream it through various other platforms depending on your geographical location.

The documentary 'Finding Shangri-La' focuses on two American explorers who travel towards Tibet to find the location of the mystical and utopian Shangri-La as found in James Hilton's novel 'Lost Horizon' from 1933.

Although Shangri-La, as described in the novel, is fictional (not to be mistaken with the real town Shangri-la which is located in the Southwestern province of Yunnan, and on which the fictional utopia is based), the images of their journey to find Shangri-la from the novel perfectly summarize the beautiful landscapes of the Tibetan plateau.

A great documentary for those planning to travel to Tibet, those who have already booked a tour to Tibet with us, or those thinking about going to Tibet.

3. Journeys in Time: The Bund The Bund, one of Shanghai's most famous tourist destinations, has an incredibly interesting and rich history. This documentary series describes the buildings along the bund, their history, and the transformation the bund has undergone throughout the 9-episode series, also looking into international influences that have had huge effects on the bund.

This documentary series, which can be seen at http://cctv.cntv.cn/lm/journeysintime/special/the_bund/index.shtml, is absolutely perfect for anyone who has planned a tour to Shanghai with us, or anyone who is still thinking about whether or not to plan a trip here.

The Last Train Home, directed by Lixin Fan in 2010, follows a couple who are on their way home for Chinese New Year, as migrant workers in China do every year. It is a beautiful story that shows the migrant workers' perspective as China develops, and has great insights into Chinese society.

This documentary allows for visitors of China to understand the hardship that some people in China endure, and the importance of Chinese New Year in the Chinese culture. China's rich history can be found throughout the country, and many cities, although rapidly moving towards development, still have pockets of ancient culture. This series of documentaries has 10 parts, each documenting a historical street in one of China's provinces, covering a wide area of the country.

The series starts with Lhasa's street of prayers in Tibet, which documents Tibetan Buddhism's tradition in Lhasa and the street surrounding Jokhang Temple - one of Lhasa's main tourist attractions. The final episode documents Guozijian: the heart of Confucian learning in Beijing, and a very popular tourist destination for those visiting the capital.

Some of the streets cover more of the unknown tourist destinations, and it is a good idea to watch the series before booking your tour to China. This series is easily accessible and can be watched on the CCTV website: http://english.cntv.cn/program/journeysintime/special/china_streets/index.shtml.

One of the main reasons people visit China's capital, Beijing, is to wander through its hutongs, ancient alleys, which feels like a trip back in time. Getting lost in the old alleys, is a real joy, as it is the perfect way to experience Beijing life: the elderly sitting around playing Mahjong, the grandparents showing off their grandchildren, and the kids running around playing.

To learn more about how hutongs string together the network of the intimate Chinese communities that exist in one of the biggest metropolis in the world, this six-episode series is perfect. It relays the history of the alleys, and questions whether the hutongs have a future in Beijing, as more and more of them are experiencing gentrification.

Watch the documentary on the Central Television website: http://english.cntv.cn/program/cultureexpress/special/hutong/index.shtml.

We have tours that cover the capital, Beijing, and its hutongs, Shanghai and the Bund, or even the amazing and incomparable landscapes of Tibet. Seen something else you like in these documentaries or elsewhere? Get in touch with us and plan your own tour, based on your own requirements and desires.