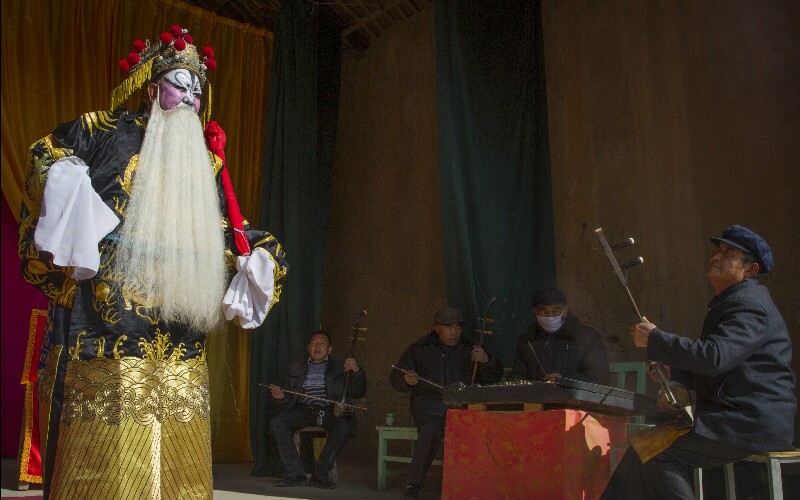 Beijing Opera vs Western Opera — Be Aware of 7 Contrasts

If you are an opera fan or just interested in a window into Beijing's mysterious and striking opera performances, it helps to compare them with the more familiar Western genre. Here we contrast seven aspects.

Western operas focus on powerful singing and emotional expression during the performances. The acting is self-explanatory, fluid, and life-like.

In Beijing opera, as well as the more stylized singing, each performer's actions are important ways to tell the story.

The performance style is more of a rigid, symbolic visual show. For example, a performer will tie a horsewhip on their wrist and when they wave the horsewhip it means they are riding a horse.

Beijing opera's stage is normally a simple platform that only has one side exposed to the audience.

A Western opera's stage setup is more complicated. The stage normally has vivid and various props.

A Beijing opera performer's makeup is more difficult and complicated than that of a performer in a Western opera.

A Western opera performer's makeup is closer to real life, while makeup for Beijing opera is thick, unnatural, and heavy in colors, which symbolize character roles.

In Western operas, often a full orchestra is used, while only traditional Chinese percussion instruments, such as drums and gongs, are used in Beijing opera.

In Western operas, performers are divided into an infinite variety of roles according to their voice pitch. Normally, their voice range determines their customary role.

Wang Guowei, a Chinese scholar, has said that Beijing opera uses singing and dancing to express stories. The story plots emerge as the performers use intoned dialogue and actions.

In Beijing opera, each role requires a unique singing technique. These can seem quite unnatural and artificial, with crooning and droning, violin-like rendition of syllables, and startling variations in pitch.

In Western operas, the vocals are strong and clear and include arias (sung melodies). Each performer's vocal range and singing style decides his or her role.

Beijing opera originated from different folk troupes. It caters to the masses.

Western operas originated during the late 16th century in Italy. Performances were reserved for nobles.

Both Beijing opera (or Peking opera) and Western operas derive from regional interpretations of life and are representative of their region's cultures and storytelling.

Overall, Beijing opera and Western operas highlight a contrast of cultures: China's culture is more intricate and symbolic, while Western culture is more direct and open.

Enjoy Beijing Opera with Us

“It is better to see once than hear a hundred times.” This Chinese saying means that nothing beats experiencing something (like Beijing opera) for yourself.

If you have an interest in Beijing opera, just let us know. We can arrange an opera experience to suit you and an expert guide to explain it.

We are here to help you discover China your way. We can create your dream trip from your list of things to do. Or see the recommended tours below for inspiration: