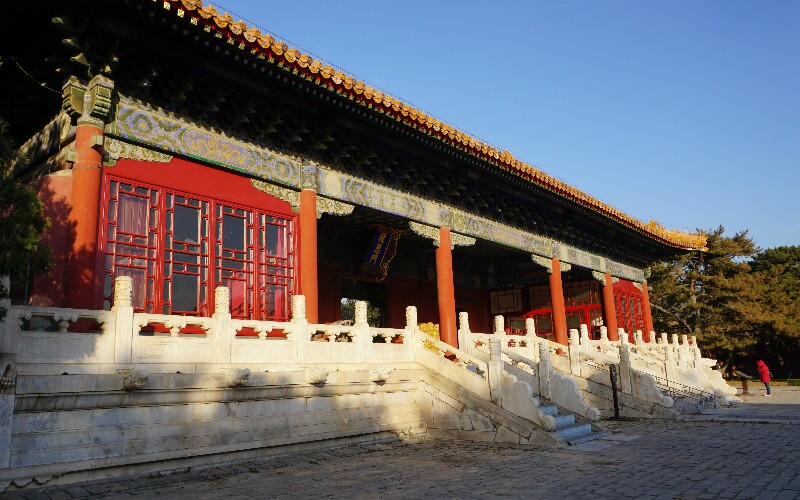 10 Facts About the Ming Dynasty

The Ming Empire (1368–1644) undertook colossal building projects, such as the Great Wall, was top in technology, and made epic explorations, but succumbed to huge natural disasters, internal rebellion, then invasion.

These 10 facts will help you understand the Ming Empire better.

1) The Ming Empire was founded by a poor peasant. You can see the mausoleum of Zhu Yuanzhang in Nanjing: Ming Xiaoling Mausoleum.

Zhu Yuanzhang (1328–1398) was a poor peasant who grew up during the final decades of the Yuan Dynasty era (1279–1368), when severe natural disasters killed his own family and tens of millions of other people.

The people believed these disasters meant that the Yuan Dynasty had lost the Mandate of Heaven according to ancient political doctrine, and this encouraged them to attack the ruling Mongols.

Big armies formed, and Zhu Yuanzhang led a powerful army south of the Yangtze River and captured the important city of Nanjing in 1358 that he made his capital city.

Over the next 10 years, his army defeated the armies of rivals, and he finally captured the Yuan capital of Beijing in 1368 and declared himself the Ming Emperor Hongwu.

During Emperor Hongwu's 30-year reign from 1368–1398, he instituted major policy initiatives that made the empire successful.

These included staffing his government with well-educated officials who passed the Imperial Examinations, supporting and protecting peasants, and distributing land to them.

He built a huge standing army of a million men for defense and to conquer remaining Mongol strongholds. By the end of his rule, he had driven the Mongols out of the region and conquered Manchuria.

To stifle any opposition, Emperor Hongwu made it a crime for his officials to say anything against him, and there were massacres of suspected opponents, their clans, and even of entire neighborhoods where someone spoke against him.

Emperor Yongle built the Forbidden City to be the imperial palace of the Ming Dynasty.

He was successful as a military commander and first came to power by defeating the army of the emperor who had succeeded Yuanzhang.

Then he personally led his armies into Mongolia in victorious campaigns. He also conquered Annam (northern Vietnam).

He is best known for for building the Forbidden City to be his new palace in Beijing.

He rebuilt the Grand Canal, the world's longest, to reach Beijing. It helped the whole eastern coast to prosper. A million laborers and craftsmen built it over 14 years. The Ming Great Wall was the strongest in history, and represents much of what we see remaining today.

Decades before Europeans sailed into the Indian Ocean, starting in 1405, Yongle sent his commander Zheng He with large fleets to explore and trade and for diplomacy.

All together, Zheng He made 7 voyages from 1405 to 1433. His larger ships may have stretched 120 meters in length, and if this is so, these may have been the largest wooden sailing ships ever built.

Some fleets were manned by a crew of about 27,000 men each! Several voyages reached East Africa, and others primarily visited Asian countries.

6) The Ming Empire led the world in technology. The blue and white colored pieces such as these were prized around the world.

At its beginning, the Ming Empire led the world in the manufacture and use of gunpowder-based weaponry, shipbuilding, navigation, and exploration.

They produced the best porcelain and various other products. But technological development stagnated in the last 200 years.

The peasants prospered, and the population grew quickly, from perhaps about 60 million at the beginning to a peak of about 180 million near the end.

New food crops such as corn and potatoes along with the canals, protection from invasion, and new infrastructure helped the peasants prosper.

Europeans began trading operations in the early 1500s, and by the late 1500s, the merchants prospered greatly.

The fortunes of the empire became heavily reliant on trade and the government allowed free foreign trade. In the Western world and Japan, their manufactured products such as porcelain and silk were in high demand.

8) About 50 million died amid catastrophes in the last decades.

As with the fall of the Yuan and Qing Empires, catastrophic natural disasters in the last decades weakened the government and military.

The people saw the disasters as signs that the Ming had lost the "Mandate of Heaven." This was an ancient political concept and were encouraged to rebel.

In 1556, perhaps the deadliest earthquake in history struck Shaanxi and killed about 800,000 people. Other big earthquakes followed.

The Little Ice Age brought severe cold and severe droughts in the last decades of the empire. In the 1640s, the worst drought in five centuries struck north China. There were also epidemics and floods. Altogether, through war and natural disasters, 30% of the population or 50 million died between 1600 and 1644.

9) The Ming Dynasty was crippled by corruption, misrule and a monetary crisis.

Starting from the 1590s, court eunuchs grew in political power. Engaged in decadence and intrigue, good policies weren't implemented to address the mounting disasters, economic crises, and attacks by the Japanese and Manchus.

Due to war in Europe and decisions of the emperors of Spain and Japan to stem the flow of silver to the Ming, trade plummeted and the price of silver, the main currency for taxation, rose dramatically.

The people couldn't afford to pay their taxes. There was a monetary crisis. The government couldn't help the suffering population, pay their troops, or stop the rebellions.

10) The empire fell mainly by the rebellion of peasants and troops.

The Great Wall's Shanhai Pass protected Beijing for centuries until a Ming general let the Manchus through.

Many peasants were starving and unable to pay their taxes, and they lost their fear of the Ming court.

They began to form large rebel bands. Many Ming troops were not paid, and they joined and led these new armies. A peasant soldier named Li Zicheng (1606–1645) mutinied with his fellow soldiers, and then his army was let into Beijing through an open gate.

But the rebel troops didn't enjoy this victory. A Ming general switched sides, allowed the Manchus to enter through the Shanhai Pass of the Great Wall, and then the Manchu and Ming armies captured Beijing, which was the start of the Qing Empire in 1644.

Discover More about the Ming Dynasty by Touring Beijing and Nanjing The Forbidden City is the best place to see how the Ming and Qing emperors and courtiers lived.

In Beijing you can tour the Forbidden City and other Ming-era sights.

There are many other Beijing tours available to suit a variety of interests, time frames, and budgets.

Ming sites in Nanjing include: