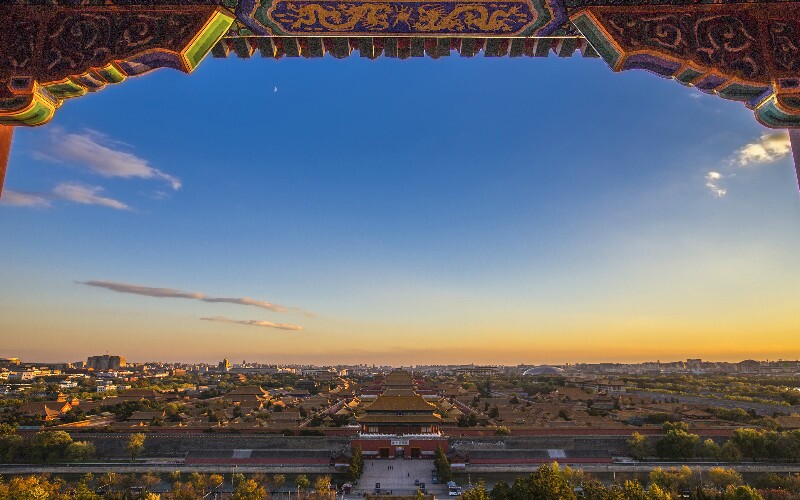 The Top 10 Museums in China

China's top museums are spread out all over 'the middle kingdom', and include preserved ancient buildings, a 2,200-year-old mausoleum, and world-class modern museums with big collections. They are excellent places for learning about China and its history, and sightseeing. Here is a best 10 of these museums, ranked in order of recommendation. The most massive complex of preserved ancient structures in the country is 600 years old. Built in the beginning of the Ming Dynasty between 1406 and 1420, it was the home and fortress of 24 emperors and their courts until the end of the Qing Dynasty.

It was the best of China's architecture. The Palace Museum is a highlight for learning history and seeing exhibits. More>>> The Terracotta Army Museum was just a small part of the the mausoleum of the Qin Dynasty's first emperor. His mausoleum was known for its sheer grandiose size. You can get a sense of the scale by seeing the relatively small excavated area with the army of statues and by seeing some of the treasures that are on display.

This is one of China's most famous attractions and always ranks high in foreign tourists' appreciation. Museum touring

This big modern museum is popular with foreign tourists. It is probably the most modern museum in the Mainland and features antiques and creative displays about the history of the whole region.

It is known for its huge collection of porcelain and pottery that is rivaled only by that in the National Museum in the Mainland. It is in People's Square that itself is a popular tourist attraction. Rated #1 of China's museums on TripAdvisor in 2016. More>>> This museum may have the most ancient antique treasure of any museum on the Mainland. Xi'an was the capital of the earliest big empires, and the artifacts show the grandeur.

You can get an idea about how the civilization in the region developed by visiting the Terracotta Army Museum first and then seeing the historical era displays in this museum in chronological order. The displays are modern and well laid out. It is next to Big Wild Goose Pagoda that is a popular highlight. More>>>

5. National Museum — The Third Most Visited in the World

The National Museum is the third most visited museum in the world, but with so many other interesting places in Beijing to go to, foreign tourists often miss this premier national museum on the eastern side of Tian'anmen Square. The ancient antiques exhibit is among the best in the country, but the museum mainly emphasizes history.

Entry to the National Museum is free for foreign tourists. More>>> Hong Kong's most popular museum is popular with foreigners because it helps them understand the unusual history of this former British colony.

The exhibits are spread over 8 galleries. The exhibit and displays try to explain everything from the local geology and wildlife to the various governments and wars to the economy. More>>>

7. Potala Palace — The Ancient Palace of a Large Rival Empire

This was once the palace and temple headquarters of the religious and imperial leader of the Tibetan Empire. Tourists enjoy the scenery around the huge palace.

It is considered a world wonder for its size. The 13-stories-high palace has over 1,000 rooms, and it covers over 13 hectares (32 acres).

8. Sanxingdui — The Remains of a Newly Discovered Lost Civilization

The Sanxingdui Museum doesn't get as many visitors as the others because it is off the beaten tourist path. But it makes the top ten for the uniqueness and importance of the ancient 3,400 year old artifacts of an advanced civilization that was only recently discovered.

If you are an ancient history buff, this place will intrigue you. If you love art, the style and sophistication will astound you. More>>> The Macau Museum displays the 400-year-long Portuguese colonial history as well as Macau's development in recent times. Aside from the casinos, it is one of Macau's most popular tourist attractions (rated #8 on TripAdvisor for Things To Do in Macau in 2016), and it is on an ideal site for seeing Macau's history since it is on a large Portuguese fortress that was built in 1627.

Is the Macau government's main museum and has three floors of displays and demonstrations. The fort is one of the main edifices of the UNESCO World Heritage Historic Center of Macau. It is one of the most well preserved and interesting ancient European structures in China. The top of the battlements of the fort are noted for the beautiful view of dusk scenery and casino lights. More>>>

This museum is suited for those interested in science and physical education. Many of the exhibits have to do with the human body, exercise and health. It is popular (Rated #6 of China's museums on TripAdvisor (2016)) and is most suited for children, and crowds of children are there daily as part of their school excursions.

It is located right next to the Hong Kong History Museum, so it might be worth a visit from those visiting there. There is an aeronautics and space flight section with Chinese space equipment. More>>> Recommended tour: THE GOLDEN TRIANGLE (an 8-day tour of Beijing, Shanghai, and Xi'an). The Forbidden City, Terracotta Warriors, and Shaanxi History Museum are just part of this tour. With a little modification, we can include all the museums of the top 10 in Beijing, Xi'an and Shanghai.

Or we can help you design your own unique China tour... Tell us where you want to visit.

More on China's Museums and Relics

You could spend your whole trip to China going to museums. There are at least 3,590 museums in China. These include 3,054 state-owned museums that are owned by the national government, local government or universities and 535 private ones. More are being built each year...