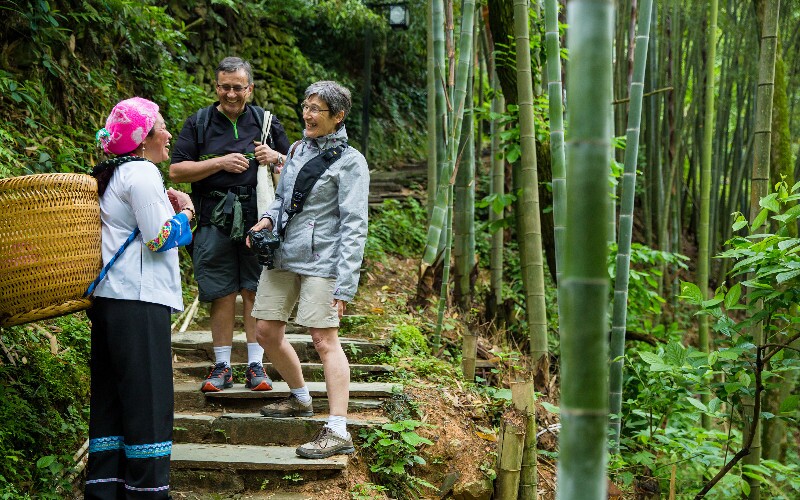 The 7 Main Differences Between Mandarin and Cantonese

Have you been wondering what the real differences are between Cantonese and Mandarin? Have you been able to figure out whether they are different languages or just different dialects? Can someone who speaks Mandarin understand Cantonese? Is it better to learn Cantonese or Mandarin?

What are Cantonese and Mandarin?

Mandarin and Cantonese are both tonal languages (different tones indicate different words in the same way that pronunciation does). They both belong to the Chinese branch of the Sino-Tibetan language family. They are two clearly differentiated Chinese languages. They are separate sub-branches of Chinese, not merely dialects or local varieties, and they are largely mutually unintelligible.

Mandarin is the majority Chinese language in China (spoken by about 70% of the population). Cantonese is one of about six less-spoken Chinese languages with the same roots in ancient Chinese, including Wu (Shanghainese) and Min (Fujianese), which also each have about 6% of China's population using them as a first language.

Where are Cantonese and Mandarin Spoken?

Mandarin and Cantonese are spoken in China and in overseas Chinese populations and communities, and where you go will dictate which one you will encounter.

Mandarin is the lingua franca of China and the official language of China (you can learn some basics here). It is the main Chinese language used throughout the big cities, but many cities and provinces have also retained their local languages and dialects. Mandarin and its local dialects prevail in most of northern and central China, including Beijing.

Cantonese is the local dialect of the southeast corner of China. It's spoken in Guangdong Province (capital Guangzhou, previously known as Canton, hence "Cantonese") as well as in southern Guangxi Province to the west, and is also Hong Kong's main language, as well as Macau's. Cantonese is also the main dialect of the Chinese diaspora, as historically most Chinese who ended up abroad came from Guangdong Province.

There are an estimated 84 million [2020] native Cantonese speakers in China (4.5% of China's population) compared with 933 million Mandarin first-language speakers (61.2% of people in China).

Cantonese and Mandarin in Hong Kong

In downtown Hong Kong, it's Cantonese first, then English, then Mandarin. While you can use Mandarin in Hong Kong in many situations, this is not received very positively as a rule.

In the author's personal experience, as a Mandarin speaker frequently visiting Hong Kong, Mandarin has been received well in scenarios where English was first used to communicate and not understood. As a backup, and following an apology for poor Cantonese, communicating in Mandarin has then seemed acceptable.

In downtown Hong Kong, it's Cantonese first, then English, then Mandarin.

7 Differences between Mandarin and Cantonese

In Chinese mainland, Mandarin simply uses Hanyu Pinyin for transliteration. While in Taiwan, Zhuyin or Bopomofo is used.

In comparison, the Cantonese romanization system is quite different. Currently, there are over seven systems for Cantonese, but no official or unified one. Among them, Jyutping, Yale, and Cantonese Pinyin are commonly accepted and used.

A good example of the different romanization systems for one Chinese sentence.

In terms of phonetics, both Mandarin and Cantonese include initials, finals, and tones but are different.

Here below, we make compassion of the pronunciation between Mandarin Pinyin and Jyutping.

There are 23 initials in Hanyu Pinyin, including retroflex initials, zh, ch, sh and r which cannot be found in Cantonese.

There are 19 initials in Cantonese, among which gw, kw, and ng are not found in the initials of Mandarin Pinyin.

The initials of Cantonese follow the ancient Chinese sounds more closely. Some pronunciations are completely different from those in Mandarin, and it is difficult to find any corresponding relationship.

Cantonese has more finals than Mandarin: 53 in Cantonese vs 35 finals in Mandarin.

For example, the finals of uk (example: 屋uk1) and it (example: 热 jit9) are not available in Mandarin.

Mandarin has five tones, while Cantonese has nine different "tones". These tones are vital when trying to convey your meaning, making Cantonese harder to learn than Mandarin.

In Hong Kong Cantonese, three of the nine "tones" (syllables ending in p, t, or k sounds) have merged with three of the tones, and so in reality there are only six tones at the moment ('nine sounds six tones' is the common way of summarizing this transition).

The Five Tones of Mandarin Using Ma in Hanyu Pinyin:

The 'Nine Sounds Six Tones' of Cantonese Using the Syllable Si in Jyutping:

In terms of speaking, Cantonese and Mandarin are not mutually intelligible, and on that basis should be called different languages. While, in essence, the same character-syllable base is used, the pronunciation varies… sometimes radically.

Someone who only speaks Mandarin will not generally be able to understand Cantonese, and vice versa.

As an example, 'hello' (你好) in Mandarin Pinyin is nǐhǎo, pronounced nee-haow (find out more about pronunciation here), but in Cantonese, it is nei5 hou2 in Jyutping.

Another way of greeting someone in China is to ask whether they have eaten yet. In Mandarin, you would say, "nǐ chīle ma?" (你吃了吗? ). But in Cantonese, you would ask, "nei5 sik6 zo2 mei6 aa3?" (你食佐未呀? ). You can see how someone who speaks Mandarin would not understand Cantonese, and vice versa!

Another example is Guangzhou, the capital of Guangdong Province, which is written as 广州 in Mandarin, but 廣州 in "Cantonese". You can tell there are a few similarities, but it would also be difficult for a Mandarin speaker to understand Cantonese writing.

With the spread of electronic communication, a form of written Cantonese was introduced to represent idiomatic sounds and words in Cantonese. These words and characters have no connection with classical Chinese words/characters but are widely used in informal occasions, like online chat, instant messages, network websites, and local magazines, etc.

In terms of vocabulary, Cantonese and Mandarin often use different words/characters for the same things. The most common examples are nouns for family members.

In addition to the appellation of family members, Cantonese and Mandarin are very different in terms of verbs, adjectives, and other vocabularies. The differences in vocabulary, even at the written level, make those accustomed to speaking Cantonese out of touch with Mandarin and vice versa.

There are many differences in grammar between Cantonese and Mandarin, but the order of adverbs and double objects are particularly obvious:

In Mandarin, adverbs are usually placed before verbs, while in Cantonese, many adverbs can be placed after verbs.

Both languages use different idioms and expressions, too, so that even if someone from Hong Kong was able to read a piece of simplified Chinese writing, they may not be able to understand what is actually being conveyed by the writer if idioms or colloquialisms were used (and more so vice versa).

Cantonese vs Mandarin: Which One to Learn?

1. Is it better to learn Cantonese or Mandarin?

To learn Cantonese or Mandarin definitely depends on your personal choice and your reasons for learning, e.g. which people you want to interact with.

Local people in certain areas tend to learn Cantonese naturally through exposure to their parents, whereas Mandarin is generally taught in schools, and only learned at home at an early age when there is no other local language in use.

2. Which is easier Cantonese or Mandarin?

Without a unified romanization system, you may find a lack of learning resources for Cantonese. While, Mandarin, is studied China-wide, including in schools in Hong Kong, as well as more broadly internationally.

In terms of punctuation, Cantonese has more finals and tones which make it harder to learn, not to mention using traditional characters, which are about twice as complicated as simplified Chinese characters generally used for Mandarin.

Although spoken Mandarin and Cantonese are not mutually intelligible phonetically and have differences in grammar and vocabulary, someone who speaks Mandarin will have many clues and a similar language framework to use to begin understanding Cantonese and vice versa.

They share written forms, though simplified/traditional character conversion is needed, which makes the reading of the two languages similar and generally mutually understandable.

Discover More about China and Its Languages with Us

Maybe you know someone who speaks Cantonese and wants to make a trip to the Cantonese heartland. Or perhaps you'd like to learn more about Mandarin… We're here to help you overcome the language difficulties and have a great China experience.

Here is our most-selected sample tour that takes in both Mandarin-speaking and Cantonese areas, not to mention a great range of Chinese cuisine. We'll tailor it to suit you: