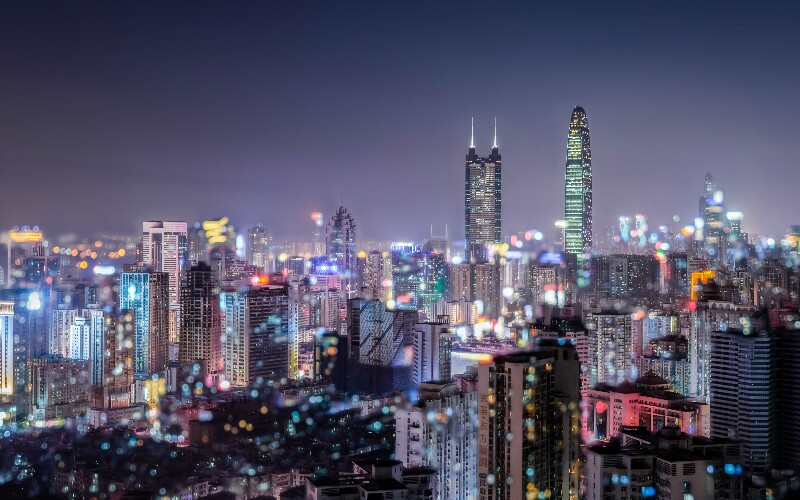 Close your eyes and imagine China, home to 1.4 billion of the world's population. What do you see?

Rice paddies, pointed little hats strapped on under the chin, long, wispy mustaches floating above the wide grin of a country farm worker?... Well, while agriculture is still one of China's biggest industries, a lot has changed since China's origins over 3,000 years ago.

Today, the state of modern China and its innovations are changing the game for what people think about this oriental giant. So, here are a few things to bring you up to speed on modern China.

1. China has the fastest trains in the world. In a country as large as China, people need to get around, and quick!

The Shanghai Maglev is the world's fastest commercial train, clocking in at 431 kph (303 mph).

So, when you are in China's capital of Beijing, you can travel to the shiny city of Shanghai on one of these bullet trains in around 4½ hours.

In addition, you can hop on a train in China and arrive at the doorsteps of major attractions such as the Terracotta Warriors in Xi'an, often with less hassle and a similar speed to flying, as the second-longest railway network in the world connects every major city in China (except Macau). See more on Train Travel in China.

2. China will boldly go where no man has gone before.

Not to be confused with the Pink Floyd album, China is setting course to be the first nation to reach the dark side of the moon.

In June 2018, China will send their Chang'e 4 probe out to see if they can establish a suitable communication link. China is using their leaps in technological innovations to fill a void in the experts' understanding of the universe.

If you want to learn more about China's explorations to infinity and beyond, during your visit you can check out the 10,000-square-meter China Space Museum in Beijing's Fengtai District, featuring the history and future of the space industry in China.

3. The Silk Road is back in action. This billion upon billion dollar investment will create modern infrastructures in areas less trodden and open up vast opportunities to walk in the footsteps of those who risked their lives and adventured the trails to find new and exciting places and riches along the way.With the One Belt, One Road initiative well underway, China is linking up the Silk Road and the Maritime Silk Road to create connections with more than 60 countries along its path.

So, strap on your boots and get yourself out to the Belt and Road and experience ancient wonders in a modern way.

While Skynet's takeover is probably a few millennia away, today many of China's industries are going bot!

Robots are doing taxes, conducting surgical operations, taking over dangerous jobs at ammunition plants, and even made into cute little helpers rolling around bank's waiting areas servicing and joking with customers. I mean, who wouldn't want an authentic Chinese dumpling made only by robots?

However, China is still labor heavy, and labor is still relatively cheap, keeping the bots at bay; with many jobs still being done by many people that would be done by machine in the developed world: farming, factory processing, construction, toll gate ticketing...

What is the Chinese electrician's motto?... Many hands make light work. Old rundown China is being replaced by increasingly affordable highrise accommodation for the growing middle class.

China has lifted 68 million people out of poverty over the last five years.

With this movement going strong, China is allocating $16.8 billion dollars to poverty alleviation in 2018. China has set a goal to lift all of the people in the nation out of poverty by 2020.

One major bonus for people living in small poor regions of China is that there is now a tourism infrastructure being built around and invested in ancient towns, allowing people to earn money as well as preserve their historical cultures. Visiting one of these ancient towns or villages should be at the top of the list for any trip to China. See Roads Less Traveled in China.

Since it's launch in 2011, WeChat has become the all-in-one tool for modern China.

Before you step foot across China's border make sure to download this app as it is the favored tool of communication for its 980 million active users in China.

There are 300 million users who have their credit cards attached to their accounts which allows users to have food, groceries and goods delivered to their house, pay cell phone, utility or other bills through third-party plugins and even hail a cab. It even has a built-in QR scanner to make all your QR purchases a breeze.

Payment and information come in a nice, neat little package in China — QR codes. While in the West, these never quite caught on, QR codes are a way of life here, from getting another person's contact information and following a publication you like, to ordering food or paying bills.

If you are walking down the street and see a wrinkled old man serving some local Chinese snacks, you can be sure that you will also see a QR code somewhere to scan and pay for his wares over the phone! Scan a code and ride away. Chinese cities are blanketed with bike shares.

Remember those QR codes we just talked about, well they go even farther. In China, the sharing economy is so vast that you can share just about anything. But the biggest boom in today's market is the share transportation.

With one little scan, you are off on your share bike to your destination. Pesky 15-min walks from the subway have turned into 5-minute jaunts and weekends are now spend "share-biking" the city with friends. With over 600 million people participating in China's $550 billion sharing economy, there is nowhere to go but up.

Founded in June 2012, China's car-hailing app Didi Chuxing (Didi), the only company to have all of China's three internet giants — Alibaba, Tencent, and Baidu — as its investors, is the most valuable start-up company in the world.

With an interface like Uber or Lyft, users can simply plug in their location and destination and be on their way in a few minutes. In addition to regular car-hailing services, customers can also request luxury cars, airport pickup and full day car and driver rentals.

In addition, Didi added an English interface in 2017 making it accessible to more and more people living in and visiting China. There are still practically untouched places in China, even in "touristy" Guilin.

While you can dine in lavish Michelin-starred restaurants in China's large cities such as Beijing and Shanghai, there is still deep-rooted culture at every turn.

In a little more than an hour from Beijing's city center, you can step into rural China and tour ancient villages and even participate in homestays to learn more about traditional culture. See How to Visit a Chinese Family (Properly).

China is one of those places where you can see a Tesla zoom by and also have handmade dumplings from a vendor for less than one US dollar.

While there is a lot of modern changes happening in this vast country, there are still areas that are practically untouched that you can spend some time getting away from it all. Contact us for details. Here are our top customizable tour ideas for experiencing China's progess and these modern innovations:

If these itineraries don't have what you're looking for, you could see more options, or let us tailor make your China trip.