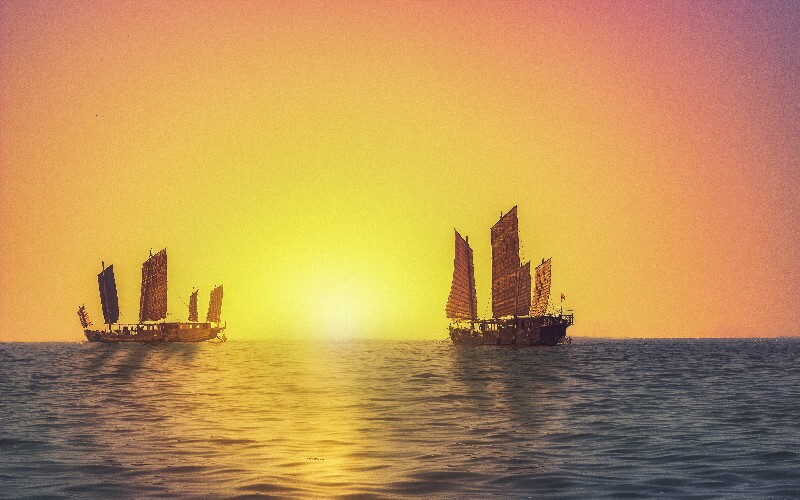 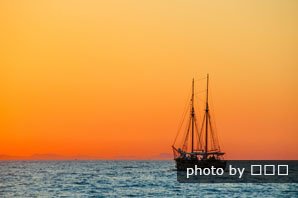 Starting from Quanzhou Fujian Province, the maritime Silk Road was the earliest voyage route that was formed in the Qin and Han dynasties, developed from the Three Kingdoms Period to the Sui Dynasty, flourished in the Tang and Song dynasties, and fell into decline in the Ming and Qing dynasties.

The East China Sea Silk Route mainly went to Japan and Korea. It dates back to the Zhou Dynasty (1112 BC) when the government sent some Chinese people to Korea to teach its people farming and sericulture, departing from the port of Bohai Bay, Shandong Peninsula.

From that time, the skills and techniques of raising silkworms, silk reeling and weaving were introduced into Korea slowly via the Yellow Sea.

When Emperor Qin Shi Huang united China (221 BC), many people from the States of Qi, Yan and Zhao fled to Korea and took with them silkworms and raising technology, which sped up the development of silk spinning in Korea.

During the Sui and Tang dynasties, Japanese envoys and monks travelled to China frequently. They brought back the blue damask silks that they got in Taizhou, Zhejiang Province, which served as samples. Since the Tang Dynasty, silk products from Jiangsu and Zhejiang provinces were directly transported to Japan by sea, and the silk products formally became the commodities.

In the Song Dynasty, lots of silk products were exported to Japan. In the Yuan Dynasty, the government set up Shi Bo Si (市舶司) in many ports, such as Ningbo, Quanzhou, Guangzhou, Shanghai, Ganpu (澉浦), Wenzhou, and Hangzhou, in order to export the silk products to Japan.

Shi Bo Si's Oceangoing and Marketing Department, was set up in each port to administrate foreign economy-related affairs by sea during the dynasties of Tang, Song and Yuan, and the early part of the Ming Dynasty.

The maritime Silk Road fell into decline because of the Haijin policy of the Qing Dynasty. The Haijin policy (海禁) was a ban on maritime activities imposed during the Ming and Qing dynasties.

Like the East China Sea Silk Route, it was first used in the Qin and Han dynasties, increased its popularity from the Three Kingdoms Period to the Sui Dynasty, flourished in the Tang and Song dynasties, and began to wane in the Ming and Qing dynasties.

During the period of the Sui and Tang dynasties, the overland Silk Road was interrupted by wars in the western areas, giving place to the maritime Silk Road.

In the late Tang and Song dynasties, technological advances in shipbuilding and navigation led to the opening of new sea lanes to Southeast Asia, Malacca, the Indian Ocean, the Red Sea and the continent of Africa, which made the maritime Silk Road rise again.

The main harbors of the maritime Silk Road varied with time. From the 330s, Guangzhou and Hepu (合浦) were the two important harbors. However, Guangzhou was substituted by Quanzhou from the late Song Dynasty to the Yuan Dynasty.

Quanzhou in Fujian Province, together with Alexandria of Egypt, was considered to be the largest harbor in the world at that time. Due to the Haijin policy imposed in the early part of the Ming Dynasty and the influence of wars, Quanzhou was gradually replaced by Yuegang Harbor (月港), Zhangzhou, Fujian.

Guangzhou was a great harbor in the maritime Silk Road from the 330s which became the largest one and the Oriental port known to the rest of the world in the Tang and Song dynasties. During that period, the voyage route from Guangzhou to the Persian Gulf through the South China Sea, Indian Ocean, was the longest one in the world.

Although it was later substituted by Quanzhou in the Yuan Dynasty, it was still the second largest trade port in China. Compared with other seaports, Guangzhou was thought to be an enduringly prosperous one over the 2,000 years of the maritime Silk Road.

Even in periods of the early Ming and early Qing dynasties, Guangzhou was the only harbor open to foreign countries, and there were three voyage routes starting from it. The American vessel Empress of China first sailed to Guangzhou in 1784, opening the transportation route between America and Guangzhou.

Now, there are more than 20 sites of the maritime Silk Road in Guangzhou, including the Temple of God of South Sea (南海神庙), Huaisheng Mosque (怀圣寺), the Temple of Bright Filial Piety (光孝寺), the Muslim Sage's Tomb (清真先贤古墓), Hualin Temple (华林寺), Lotus Tower (莲花塔), and European style architectures in Shameen (沙面西式建筑).

The Huaisheng Mosque, also known as the Lighthouse Mosque, was the earliest mosque introduced by Islam into China. Hualin Temple was the place where Zen, a school of Mahayana Buddhism was introduced into China, and the place where Dharma preached his religion, and thus the temple was also called Xi Lai Chu Di (西来初地).