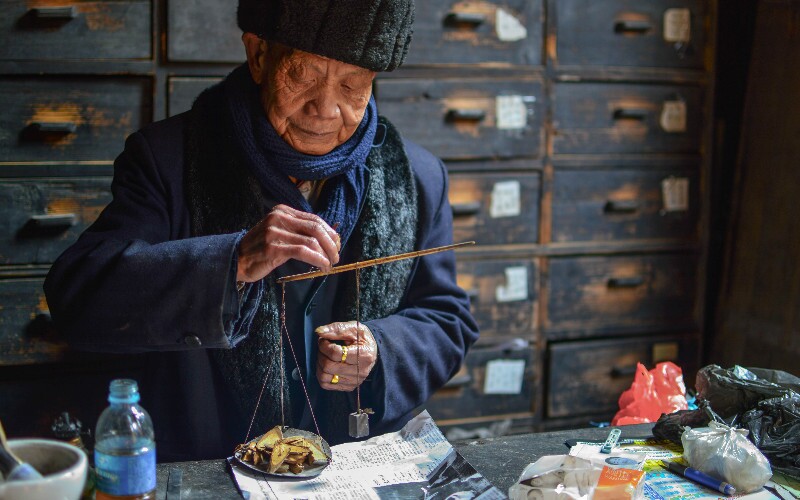 A Beijing opera actor on the Great Wall: China's culture and architectural feats are top reasons to visit.

It is because of its splendid culture that China has been able to endure in the long course of history. Starting a China culture tour will help you learn more about China.

Here, we have listed 10 cultural places in China where you can learn about Chinese kung fu, colorful minority cultures, and Chinese porcelain, among other things.

Beijing is a cultural hub with its own opera and housing styles, and it has retained its cultural roots. You can have many cultural experiences, which will give you an insight into Chinese culture.

Visit the Temple of Confucius to learn about Confucius's principles, which shaped Chinese tradition and beliefs.

Learn tai chi, which relates to a traditional Chinese health science, with local people in the Temple of Heaven, where emperors worshiped heaven and prayed for good harvests.

Take a rickshaw ride in the hutongs to learn about the lifestyles of Beijingers. There, you can also visit a local family and learn Chinese calligraphy. Watch a Beijing opera performance, which is regarded as one of China's cultural treasures, in Liyuan Theater.

As one of the four ancient capital cities, Xi’an enjoys abundant cultural relics. Visit the Terracotta Army and learn how these life-size warriors were made. Pay a visit to a local cave dwelling to learn traditional techniques used 2,000 years ago and try making a mini warrior yourself.

Have a Hanfu costume experience in an ancient academy. You can learn about China's traditional costumes and try on Hanfu to get a unique taste of the ancient culture.

The historical buildings on the Bund

China was invaded by Western countries for a long time. During this period, the mix of Chinese cultures with Western cultures produced a special charm. Shanghai is representative of this cultural blend.

The architecture along the Bund tells the colonial history of the 1800s. You will learn how the colonial past has impacted Shanghai and made it into an open-minded, tolerant, and innovative city.

During WWII, when the Nazis persecuted Jews, Shanghai was the only city in the world that was open to Jews. An area at the edge of old Shanghai preserves the precious historical memories of what life was like for Jews in Shanghai at that time. Pay a visit to the former Jewish settlement to learn about its history.

Guizhou is a minority province, which has retained its unique ethnic culture and handicrafts.

China has the dominant Han ethnic group and 55 recognized minorities. There is a subgroup of the Miao claiming themselves to be the 56th ethnic minority. Pay a visit to their village and learn about their proud batik skills.

Attend a traditional festival of the Miao people, such as the Lusheng Festival (February 22–24), the Sisters' Meal Festival (April 19 – May 21), and the Miao New Year Festival (October 27 – November 15). Watch activities, such as dragon boat races, wooden drum dancing, and bullfighting, to learn about this Chinese ethnic culture.

Luoyang was the birthplace of Shaolin kung fu. Go to the Shaolin Temple, which is probably the most famous temple in China. Enjoy watching a fantastic kung fu show. Learn some simple moves from Shaolin monks.

Luoyang was the place where Chinese Buddhism spread. Go to the Longmen Grottoes, one of China’s four famous ancient grottoes, housing over 100,000 Buddhist images and statues. Visit White Horse Temple — the first Buddhist temple, which is considered to be the cradle of Chinese Buddhism.

A tea plantation in Hangzhou

Hangzhou offers a variety of traditional cultures, such as tea and traditional Chinese medicine.

The Tibetan culture is part of the Chinese culture but is unique and shining. The mystical culture attracts many people.

Almost all Tibetans have their own faith. Most of them are Buddhists. Many people take a trip to Tibet as a pilgrimage.

Visit Tibet to personally experience its Tibetan cultural atmosphere. Climb 360 steps devoutly to visit the Potala Palace where you can see the exquisite wall paintings and glorious chambers reflecting the Buddhist culture. Watch monks debating at Sera Monastery. Debating is a way of learning Buddhist teachings. Take a stroll along Barkhor Street and see some Tibetan handicrafts.

Dunhuang was a bright pearl shining along the Silk Road in ancient times. It is a famous city filled with historic and cultural interests.

Visit the Mogao Caves, a site which is praised as being "a glittering pearl that adorns the Silk Road". The splendid mural paintings and over 2,000 colored statues make the site a great treasure house of Buddhist art. You can copy a sample mural on a mud slab with your own hands.

Ride a camel in the desert to imagine how caravans crossed the desert over 1,000 years ago. Visit the ruins of the Great Wall of the Han Dynasty (206 BC – 220 AD), which is the oldest example of this defensive system in China.

Kashgar, the westernmost corner of China, offers an exotic experience. It is the only national historic and cultural city in Xinjiang Uyghur Autonomous Region, which embodies Uyghur culture, art, and architectural styles.

Visit the Id Kah Mosque, the biggest mosque in China. Go to Abakh Khoja Tomb – where the beloved concubine of Emperor Qianlong of the Qing Dynasty (1644–1912) was buried – to learn about the Islamic culture.

Uyghurs in Kashgar are good at crafts. Their unique musical instruments and clothes are exotic to visitors. Walk along Handicraft Street to see an amazing range of handicrafts, including copper, metal, porcelain, and woodwork.

Explore Kashgar Old City. The old city still retains the mud buildings that have stood for generations. It is a place of ease and happiness. See children playing happily in the old streets and seniors sitting together on benches just chatting to each other.

Jingdezhen, located to the southwest of the Yellow Mountains, has a long history of making ceramics and a splendid ceramic culture. It is reputed as being the “porcelain capital of the world”.

Visit the Jingdezhen Ceramics Museum, which houses 19,000 ceramic articles. You can appreciate precious porcelain articles and learn about the history of Chinese porcelain.

Create an Insightful China Culture Tour with Us

Tell us your interests and needs, and we will tailor-make a unique China culture tour for you. We can arrange interesting cultural activities to let you learn about Chinese culture in a more in-depth way. Your local guide has a wealth of cultural knowledge and will explain everything to you in an interesting way that’s easy to understand.