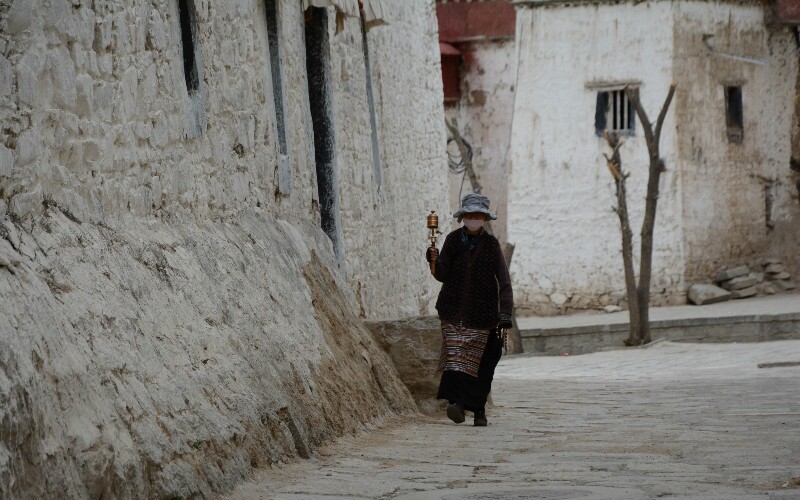 Sera Monastery is one of the big monasteries in Lhasa, and is the last Buddhist monastery to be built. There are many Buddha statues and beautiful murals in the halls. Sera Monastery has been listed as one of China's National Cultural Relics since 1982.

Sera Monastery is not as large as Drepung Monastery, and it is not as glorious as Jokhang Temple. However, it is stunning and very peaceful.

Every day (except on Sundays) at 3pm, there is a debating session on Buddist doctrines among the monks at the Debate Courtyard of Sera Monastery.

The debating is held on open grounds, and is a necessary way of learning sutras and scriptures. A monk will slap his hands together loudly and point to another monk to debate or argue.

Onlookers can watch the debate, but it is advised to keep quiet. This activity attracts many tourists, and you are recommended to get there before 3pm as it can become very crowded.

You can take photos of monks debating by cellphone here for free. But no camera.

During the Shoton Festival, which is one of the most important traditional festivals in Tibet, the grand ceremony of Sunning the Buddha is held at Sera Monastery.

Shoton Festival is held every year in August in many monasteries in Tibet.

Thangka unveiling at the Shoton Festival

There is a big festival in Sera Monastery known as the Sera Bengqin Festival which is held on the 27th day of the twelfth month of the Tibetan calendar (usually in February).

It is said that a vajra pestle was introduced from India and the Khampo took it to the temple to worship it.

Visitors can watch the debate and take photos by phone.

This festival attracts thousands of pilgrims from everywhere in Tibet.

There are a lot of wall paintings in the halls, and you are recommended to take a flashlight to discover the mysterious paintings.

If you are planning to travel to Sera Monastery, See our most popular tours for inspiration.

Or contact us to design a unique tour according to your requirements. For more Sera Monastery tour please see Lhasa tours.