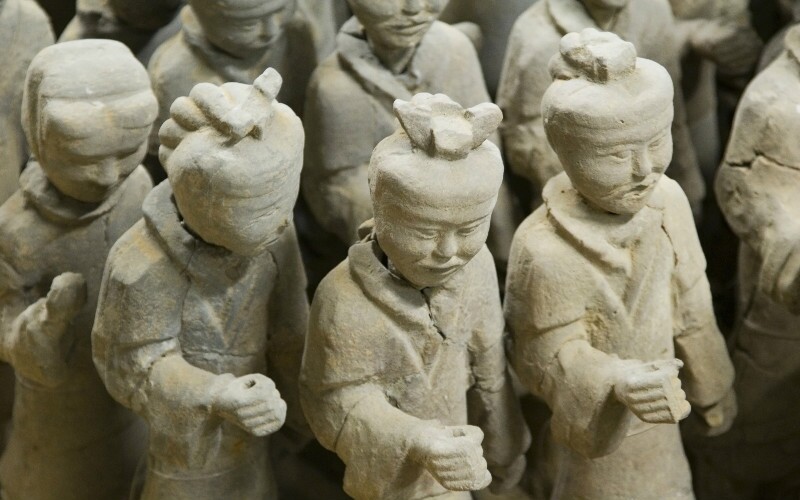 FAQs About the Terracotta Warriors and Visiting Them 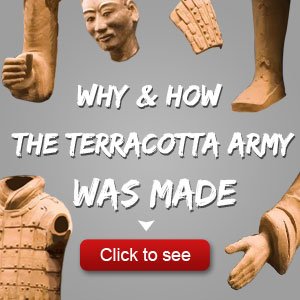 Why and How the Terracotta Army Was Made

The Terracotta Warriors and Horses site is one of the most famous archaeological finds in the world. It draws millions of tourists from all over the world every year. People who have visited it or plan to visit it always ask many questions.

The frequently asked questions are as follows:

About the Terracotta Warriors

1. Why Are They Called "Terracotta Warriors"?

Because they are warrior-like statues made of terracotta (a kind of clay). The figures were placed in precise military formation according to rank and duty.

2. When Was the Terracotta Army Made?

It was constructed over 2,200 years ago under the order of China's first emperor, Qin Shi Huang .

3. Why Was the Terracotta Army Built?

It was built to be an afterlife army for First Emperor Qin to safeguard and serve him. It was also a show of his glory.

4. Why Does Each Warrior Have Unique Facial Features? 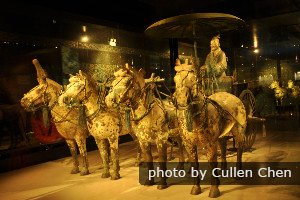 The Terracotta Warriors and Horses

They are totally man-made. Thousands of artists completed the figures through a thorough process: kneading, carving, scraping, pasting, firing, and painting. It was hard to make them the same.

Also, they captured real-life expressions during the Qin Dynasty , so the artists needed to consider the different features of the people in different ranks when they created the figures.

5. How Tall Are the Terracotta Warriors?

The figures vary in height according to their roles. The average height is 1.85 meters (6 feet). The tallest is the general with a height of about 2.5 meters (8.2 feet).

6. When Were the Terracotta Warriors and Horses Discovered?

They were discovered in 1974 by local farmers who were digging a well.

7. How Many Figures Have Been Uncovered So Far?

Since the discovery of the Terracotta Army, more than 8,000 soldiers, 130 chariots, and 670 horses have been uncovered. More terracotta figures are about to be unearthed.

1. How Many Hours Do I Need for the Terracotta Army? 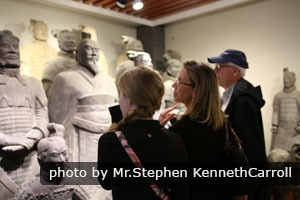 See the Terracotta Army close up.

The recommended visiting time in the museum is around 3 hours.

2. When Should I Visit to Avoid Queues?

The Terracotta Warriors site is less busy on weekdays. It is recommended that you start your day early and try to arrive before large bus tour groups. Alternatively, if you do not mind having a late lunch, visit around noon when other visitors leave for lunch.

3. Is Photography Allowed in the Exhibition?

Yes, photography without a flash is allowed in the exhibition. The use of tripods is prohibited.

4. How Do I Get to the Terracotta Museum from Xi’an Xianyang International Airport? How Long Will It Take?

It's a journey of 75 kilometers between the airport and the Terracotta Warriors. The most convenient way is to take a taxi. It takes about 1 hour.

5. Can I Take a Day Tour from Beijing/Shanghai to See the Terracotta Army?

Yes, it is possible, but very rushed. Xi'an is about a 2-hour flight from Beijing and 3-hour from Shanghai. You can take an early morning flight to Xi'an and then take an evening flight around 8pm back to Beijing/Shanghai.

Alternatively, you can take a night train from Beijing to Xi’an and arrive in Xi’an in the early morning. Then take a flight back to Beijing after sightseeing.

Also Read How to Visit the Terracotta Army — an Insider's Guide 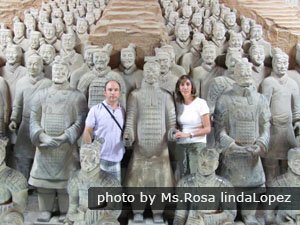 The Terracotta Warriors and Horses are very rich in history and culture. You are recommended to visit the site with a professional guide. A private tour with a private guide and driver will give you a hassle-free tour in Xi’an.

Here are our bestsellers including the Terracotta Army:

Are the above tours not suitable for you? We have more Xi'an tours. Our tours can be tailor-made based on your requirements and budget. Please feel free to contact us.