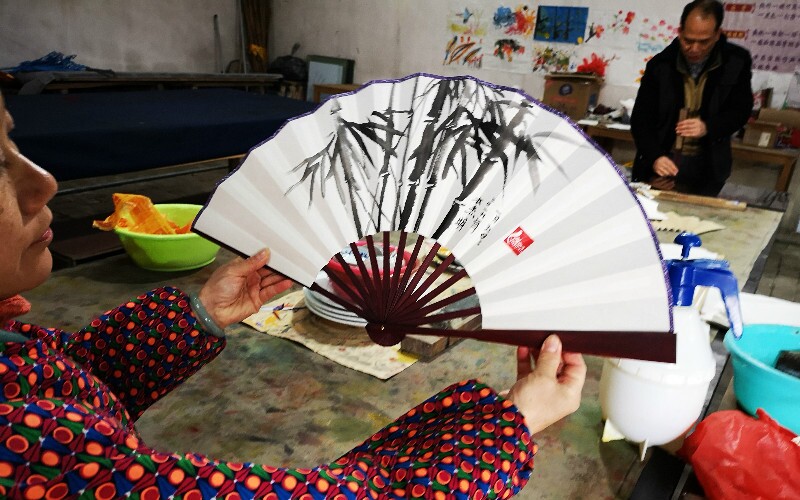 Known as the "hometown of painted paper fans" in China, Fuli is one of the few best-preserved ancient towns in Guilin. People there still keep their traditional way of living—living in old stone houses, boat fishing and making rice wine. Facing the Li River on the south and surrounded by mountains on the other three sides, Fuli Town also has beautiful scenery.

Fuli is a small town on the east bank of the Li River. It is 8 kilometers (5miles) east of Yangshuo County Town and 70 kilometers (45 miles) south of Guilin City. It also lies on the road between Yangshuo and Xingping, which is another famous ancient town along the Li River.

Traditional houses in Fuli Town, a small town with more than 1000 years' history

Fuli Town has a history of more than 1,000 years. Many traditional houses, pagodas and temples can be still seen on the ancient streets. One of the most famous old buildings is Kuixing Tower, which is still an important gate to this ancient town.

During the past centuries, many people emigrated here from neighboring provinces like Guangdong and Fujian to avoid the wars. People from Fujian province also bring their God, Mazu. Fuli Town is the only place that has Mazu religion besides the coastal areas of China. Mazu is the indigenous goddess of the sea, who is said to protect fishermen and sailors, and is invoked as the patron saint of all Southern Chinese and East Asians. There is a big temple fair to worship Mazu on the 8th day of the 5th Chinese month (in the period late May to late June) every year.

Fuli town is probably the best place to buy painted paper fans in China. Paper fans here are comparatively cheap and of good quality. Prices range from several dollars to several hundred dollars according to size and level of detail. Shops that make and sell paper fans can be seen everywhere when you stroll on the ancient streets.

Paper fans here all look beautiful, decorated with painted Guilin landscapes, flowers, birds, insects or traditional Chinese girls. They range from the small hand fans for everyday use to large canopies that can be very good wall decorations. All the materials used to make the fans are local products. The vast majority of locals in the town are involved in this ancient craft.

Bill Clinton, former President of the United States visited Fuli Town during his China trip in 1998. His visit made this town famous, and he called their paper fans “natural air-conditioners”.