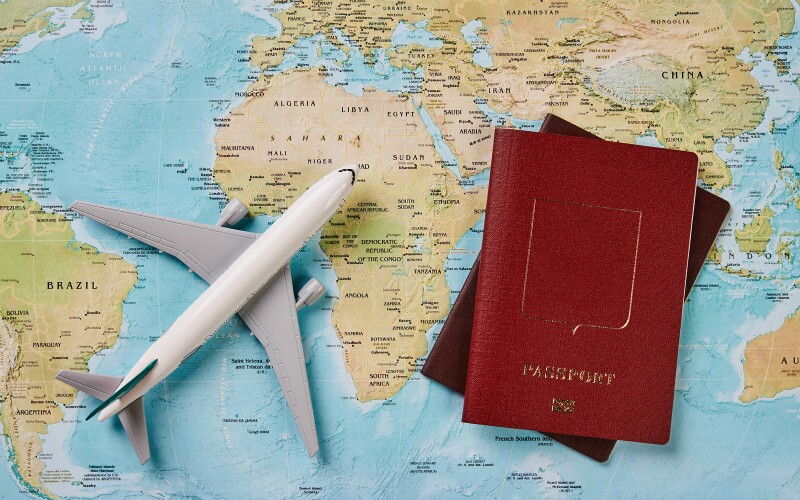 How to Travel from Huangshan to Zhangjiajie

Huangshan (the Yellow Mountains) and Zhangjiajie are two of China's most popular mountain destinations! With 930 kilometers (578 miles) between them, Huangshan and Zhangjiajie are not as far removed as they seem. The best way to get between the two is via airplane from Hangzhou or by taking a train if flights are not suitable or you're on a budget.

How to Get to Zhangjiajie from Huangshan by Air

Private transport direct to Hangzhou's airport would be far more convenient. From Hangzhou, Zhangjiajie Hehua International Airport (DYG) is a 2-hour-and-15-minute flight away and costs just 100 USD one-way. However, there are only flights on Sunday, Monday, Wednesday and Friday.

An alternative would be to fly from Huangshan Tunxi International Airport (TXN) and stopover in Guangzhou or Shenzhen on China Southern Airlines. These stops are out of the way, and the journey takes 11-18 hours, so we don't recommend it unless you have no choice. Tickets one-way start around 400 USD depending on the time of the year, and how far in advance you're booking.

You could, of course, tour somewhere else with more convenient flights to Zhangjiajie after Huangshan. For your options see Zhangjiajie Transportation.

How to Get from Huangshan to Zhangjiajie by Train and Car

Your driver will help with your luggage

Another way to get in between the two, and arguably the easiest way, would be to take a taxi or a private transfer from Changsha South Railway Station after a high-speed train ride from Huangshan. A taxi would set you back just over 600 RMB and take 4 hours.

If you don't want the hassle of getting a taxi and telling them where to go, or you're taking more people or luggage than a regular taxi would carry, China Highlights can arrange a private transfer from Changsha South to the door of your hotel in Zhangjiajie! Contact us here to get a quote.

How to Get to Zhangjiajie from Huangshan by 2 Trains

Huangshan in the Clouds

Your first option is via Shangrao, and the second is via Changsha. Both get you into Zhangjiajie Railway Station.

If you're trying to save money and have the time, we recommend connecting in Shangrao, however, the faster option is via Changsha. You can use the China Highlights train ticket service to instantly check ticket prices per seat category, or to find out the latest availability.

First catch the only bullet train from Huangshan to Zhangjiajie via Changsha (see above), arriving 20.14. From there, you'll have to travel to Changsha Railway Station (about 40 minutes on Metro Line 2, or you can take a taxi in between) to catch the 22.02 K9064 which takes you to Zhangjiajie in just under 6 hours.

The entire journey costs between 55 USD and 127 USD. You could also spend a night in Changsha, and take a train to Zhangjiajie the following morning if you don't think you'll sleep well on the train.

We recommend taking one of the last trains from Huangshan to Shangrao to avoid having to wait in Sangrao for the entire day. This would be the G1909 at 19.00 or the G303 at 19.10, but would still leave you with 7 hours to explore Shangrao and grab dinner.

Hallelujah Mountain, named after the floating outcrops of Pandora, as its middle is often lost in clouds

The best time to go to both Zhangjiajie and Huangshan is when there are no public holidays in China, as it gets really busy, and when the weather is best.

Between September and early November, the weather is comfortable. You can also go between April and June if you don't mind humidity and the occasional rain. Spring or summer are also the times when the weather is best in Huangshan.

Chinese public holidays will lead to more expensive accommodation and flights (and sold out flights), these times are:

We recommend getting to the train station at least 1 hour before departure, 1½ hours during peak times or to be safe, 2 hours if you still need to collect your ticket.

Autumn at the Yellow Mountains

Zhangjiajie and Huangshan are both amazing mountain scenery destinations.

We've got plenty of Zhangjiajie tours. We can take you around for four full days to explore everything these gorgeous mountains have to offer, or take you on a one-day tour of the glass bridge and Baofeng lake.

We also have tours for Huangshan, for example this 4-day Huangshan trekking adventure which includes most of the scenic highlights of the Yellow Mountains.

And of course, our tours can be tailored to your needs. Please contact us here if you've got any special requests or requirements, or need help navigating your journey from Huangshan to Zhangjiajie.