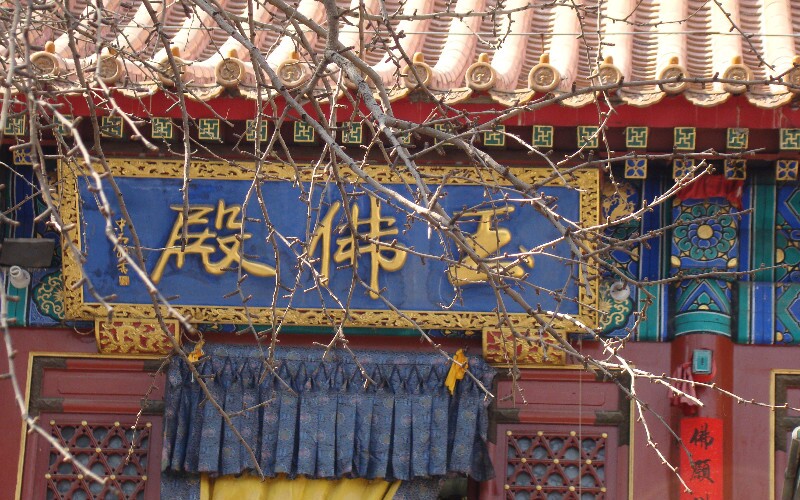 Lingguang Temple (Temple of Divine Light), as one of the eight Buddhist temples and monasteries scattered across the Cuiwei, Pingpo and Lushi hills at the foot of Beijing's Western Hills, houses a precious relic in its Buddha Tooth Relic Stupa (the only other recognized Buddha tooth relic in the world is in Sri Lanka). Hence, the temple has become one of centers for Buddhist pilgrimages in the world.

The 1,200-year-old  Buddhist Temple, Lingguang Temple, is situated in the famous Badachu (八大处), (Eight Great Sites) at the foot of Beijing's Western Hills, features eight Buddhist temples and monasteries scattered across the slopes. Lingguang Temple has been praised as the most prominent among the eight, though it is not the largest. It was built between 766-779 AD during the Tang Dynasty.

Badachu  Park is notable for its eight ancient temples, nunneries and a cave set amidst beautiful scenery on the southern slopes of the Western Hills. The eight ancient sites are Changan Temple (长安寺) (Temple of Eternal Peace), Dabei Temple (大悲寺)(Temple of Great Mercy), Dragon Spring Nunnery (龙泉庵), Xiangjie Temple (香界寺) (The Temple of the Fragrant World), Pearl Cave (宝珠洞) (The Cave of the Precious Pearl), Zhengguo Temple (证果寺) and Sanshan Nunnery (三山庵). All the sites were built at the end of the Sui Dynasty (581-618) and the beginning of the Tang Dynasty (618-907), and were renovated during the Song, Yuan, Ming and Qing dynasties. The Lingguang Temple, famous for housing the Buddha tooth relic, was built in the Tang Dynasty and  is now opened to the public.

After Buddha Sakyamuni passed away, the cremation left two tooth relics, one of which was brought to Ceylon (now Sri Lanka) by his disciples, with the other first brought to Uddiyana (now in Pakistan), and then to Yu Wen (today’s Hotan County in Xinjiang, China). In the middle of the 5th century, the prominent monk Fa Xian (法显) traveled here and took the tooth relic back to the capital of the Qi Dynasty, Jian Kang (now Nanjing). After the Sui Dynasty was established, the tooth relic was sent to Chang'an and later was moved to the capital (now Beijing) of the North Liao Dynasty (907-1125). Finally, it was preserved in the Zhao Xian Ta (Immortal-Solicited  Pagoda, 招仙塔) of Lingguang temple in l071.

The octagonal Buddha Tooth Relic Stupa is up to 51 meters high and has thirteen layers. Its base was constructed with white  marble, reaching 2.7 m above the ground. Within the hall of the temple is a seven-story structure, and the Buddha tooth relic is now preserved in a one-meter-high pure gold pagoda inside.

There are seven stories inside the stupa. The ground floor serving as a monument room is embedded with stone inscriptions and scriptures. A zigzagging stone stair from the monument room leads to the stupa hall, where the tooth relic is kept and a vajra seat and a painted screen are  placed. The whole wall is made from marble, and the roof is affixed with golden dragons, solemn, serene and peaceful. The other six stories are used to preserve classic Buddhist scriptures from the Han, Tibetan, Mongolian, Dai and other nationalities. Today, the Buddha Tooth Relic Stupa has become a symbol of Badachu. Whenever someone mentions Badachu Park, people think of the stupa.