Guilin's Geology - A Walk on the Sea Bed 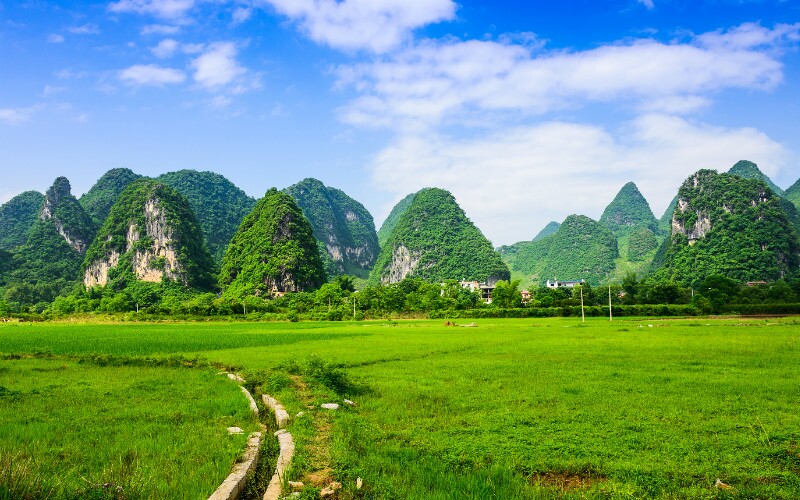 The Li River and pinnacles along it

Very flat, Guilin — well, on the karst plain anyway. Hop on a bicycle and you won't find yourself panting as you struggle up steep slopes, until you get to the mountain ranges that is.

The roads, the buildings — all are built on a vast, flat plain, which extends from Guilin city south on both sides of the Li River to Yangshuo and beyond.

This is what makes Guilin's peaks so magnificent. They rise from flat ground, sudden and unprecedented, in stark contrast with the land around them. It's an unusual landscape.

How did it get here? To answer that question we have to go back in time. Back over 200 million years to the period geologists call the Triassic.

To walk the plains of Guilin in the Triassic era, you would need a diving suit. You would be 200 meters beneath the surface of a very alien sea. Above your head, swimming at speeds of up to 40 kph, ichthyosaurs are a threat. They may look like dolphins, but they're far from playful. Weighing in at up to 1000 kg and up to 4 meters in length, these are the ocean's top predators.

Less dangerous, but perhaps more alarming in appearance, are the nothosaurs. Similar in size to the ichthyosaurs, these creatures are classic Nessies, the perfect models for those producing souveniers of Loch Ness in Scotland in the waters of which a monster is supposed to reside.

There is, however, one monster that dwarfs both these and renders them insignificant. It is coming to the end of a long journey. When it reaches its destination, things will change dramatically.

The earth is rearranging itself. It is divided into a number of conveyor belts called plates, and these plates are on the move. They run past one another, disappear under one another and the land which rides on them moves as they move.

The monster crossing the world to put an end to our ancient sea is nothing less than India.

The plate on which it rides is disappearing beneath another on which rides Asia, but India itself cannot go down with the plate, just as you cannot disappear with the stairs beneath the floor when you ride on an escalator.

So India and Asia collide. India is moving fast. 15cm per year. That may not sound like much, but over millions of years, that's seriously over the geological speed limit. When it collides with Asia it raises havoc in the form of the Himalayas, still rising today as the crash continues and India drives itself ever deeper into Asia.

The rock around the collision buckles and bends, and our ocean plain rises, at last, above the water.

The Sculpting of Guilin

Exposed now to the wind and the prolonged annual rain of a monsoon climate, the new land begins to erode and to wash back out to sea along its rivers. Softer rock erodes evenly and steadily, and here the land remains flat. Some of the rock is harder, however, weathering less easily, and patches of this rock begin to rise up over the plain, not to be flattened by the wind and the rain but to be sculpted by it, scoured by the weather into the peaks we see around us today.

In those peaks we may see an echo of that ancient sea. The peaks are made of limestone. Limestone is formed in part from the shells and skeletons of marine animals. So it is that our ichthyosaurus and our nothosaurus are with us still today, still soaring above that ancient ocean floor upon which Guilin is now situated, looking down from the peaks that are their final resting place.

Discover Guilin's geology with China Highlights' Guilin tours. View the best caves and most iconic peaks, and even climb some of them for spectacular views of prehistoric origin. 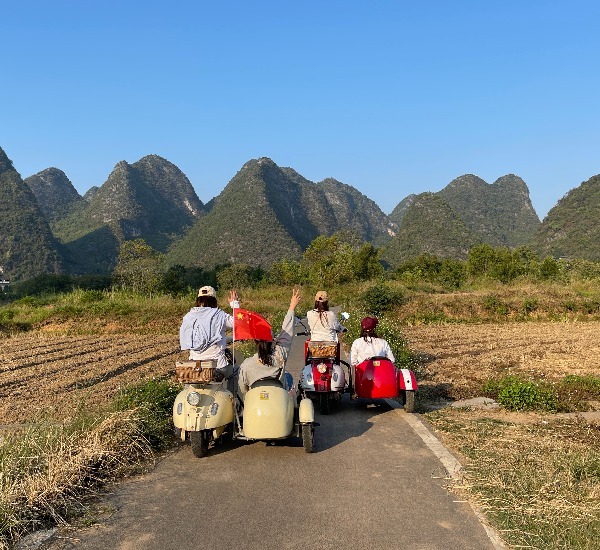