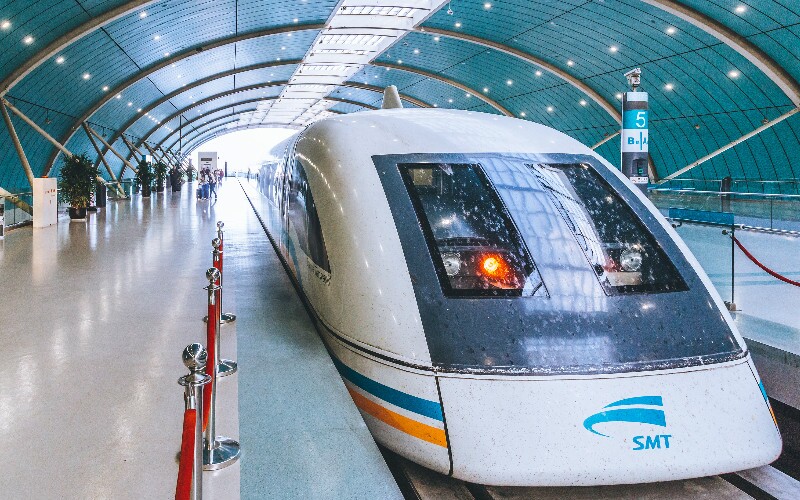 Shanghai Transportation: Getting to/from Shanghai by Plane, Train, and Boat

Shanghai, in southeast China, is bordered by the East China Sea to the east, Jiangsu province to the northwest and Zhejiang province to the southwest. It covers the south portion of the Yangtze Delta. As the most metropolitan city in China, Shanghai is very accessible and can be reached by air, land and water.

Want to see Shanghai without a visa? Passengers from 51 countries or regions can enjoy a 144-hour visa-free stay in Shanghai, Jiangsu, and Zhejiang. See detailed information about How to Transit Through China for 144 Hours Without a Visa.

Getting to/from Shanghai by Air

There are more than a hundred air carriers traveling to Shanghai from all over the country and the world, including American Airlines, Qantas Airways, British Airways, Lufthansa, Delta Air Lines, and Air Canada.

As Shanghai's largest airport, Pudong serves over 80 domestic and foreign airlines, and connects with over 100 international and regional destinations as well as over 90 domestic destinations.

Here's how to get to central Shanghai from PVG:

It is the main domestic airport serving Shanghai, with limited international flights to Japan and South Korea.

Here's how to get to central Shanghai from SHA:

If you need to go to Terminal 1 at the airport, it is only one station away after you transfer to Metro Line 10. The whole journey takes about 2 hours.

Getting to/from Shanghai by Sea

Get to Shanghai by Sea

Being located at the junction of the Huangpu River and the Yangtze River Estuary, Shanghai Port Wusong Passenger Center operates boats from Shanghai along the Yangtze River up to Jiujiang, Wuhan, and Chongqing. Read more information on Shanghai Cruise Port.

Getting to/from Shanghai by Train

Trains between Shanghai and Major Cities

It is very convenient to travel by train from Shanghai to major cities like Beijing, Guangzhou, Nanjing, Suzhou, Hangzhou, and even Hong Kong. A high-speed train (G train and D train) is a good option in terms of speed, facilities, and service.

Getting to/from Shanghai by Coach

As of December 2015, there have been 14 subway lines in Shanghai; the longest metro system in the world with 548 kilometers of track. A ticket costs 3 to 6 yuan based on the distance traveled.

Subway Lines 1 and 2 are the most popular among travelers. They link many famous tourist spots including People's Square, Century Park, and West Nanjing Road, and several important transport hubs like Shanghai Railway Station, Shanghai Hongqiao International Airport, and Shanghai Pudong International Airport. The interval between train departures is about 4 minutes.

More information about the Shanghai Metro.

It's a very convenient way to travel from Shanghai Pudong International Airport to the outskirts of central Pudong where passengers can interchange to the Shanghai Metro to continue their trip to the city center. If you want to experience the world's fastest train, you should not miss the Shanghai Maglev Train. It is the first commercial Maglev railway in the world.

Taxis are the most convenient means of transportation in Shanghai. Taxis in Shanghai are mainly Santana cars. There are five main taxi companies in Shanghai, operating taxis of different colors.

Here are the five companies, with their colors and hotlines:

Trips out of town: If you intend to hire a taxi out of town (such as to a water town) or to the nearby city of Suzhou, it is suggested that you first negotiate a price with the driver. Also, it is better that you hire the taxi for a round trip because most drivers are reluctant to go one way for a long distance. Instead of public taxis, a private driver and vehicle may be more convenient, enjoyable, and even more economical.

Be aware that some drivers or people in fake taxis might scam you by overcharging or giving counterfeit money. To help make sure that they don't scam you, make sure they turn on the meter at the start, and get a receipt.

Now the ferry has become one of the best vehicles to take by tourists to admire the gorgeous view across the Huangpu River. See more information about a Shanghai night cruise.

Public buses in Shanghai are often packed, but they are the most convenient and inexpensive way to loop the city. More than 1,100 bus lines in Shanghai run to every corner of the city.

Bus numbering: Buses preceded by the numbers "2", "3", and "9" are rush hour buses, night service buses, and double-decker/tourist buses, respectively, and buses 1 to 199 run from 5am to 11pm.

Our private transport (with a guide for all your questions and translation needs) offers a far more reliable and fulfilling alternative to taxis.

Shanghai has a comprehensive and complex transport system. It is not easy for a foreigner to enjoy touring Shanghai in a way that saves time and energy. We are here to help.

Here are our most popular Shanghai tours, for inspiration:

See more Shanghai tours. Our tours are customizable — tell us your interests and requirements and we will help you to tailor-make a Shanghai tour.