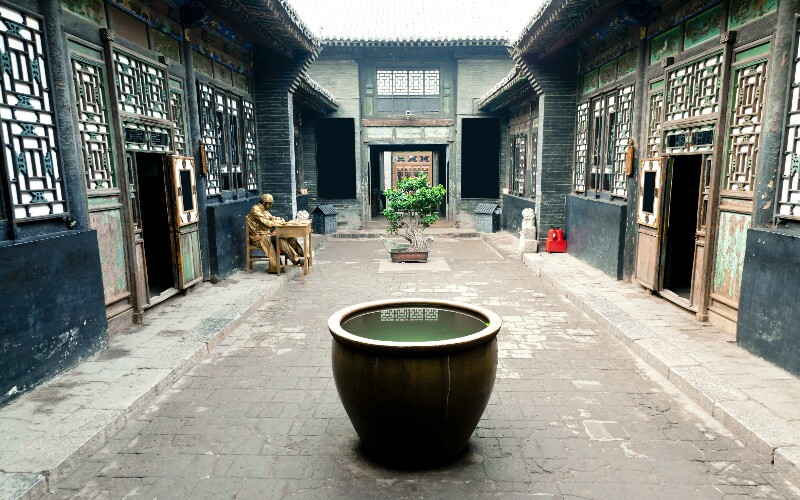 Siheyuan, literally meaning quadrangle in Chinese, refers to a common traditional Chinese compound. Such compounds have a history of over 2,000 years; they date back in embryonic form to the Western Zhou Period (1045–770 BC). This kind of quadrangular compound has historically been the template for most Chinese architecture.

Nowadays, most existing siheyuan in Beijing are relics of the last two dynasties: the Ming (1368-1644) and Qing (1644-1911). On the one hand, they are the template and cultural symbol of Chinese traditional architecture; on the other hand, the living conditions in many siheyuan are difficult, with overcrowding and lack of private toilets.

Although there's a difference between northern and southern courtyards, their essential characteristics are almost the same. In a courtyard compound there will be an open yard, or more than one, surrounded by single-story rooms.

Siheyuan construction is always symmetrical. The main house is on the central north-south axis, and the less-important structures are positioned on the west and east sides.

Though siheyuan have undergone various developments with time, they all have much in common. Below are two typical and famous siheyuan compounds in China.

The Wang Family Courtyard, located in Jingsheng town, 140 km from Taiyuan, the capital of Shanxi Province, is one of the most outstanding representative dwellings in China.

This ancient private courtyard was built by wealthy Shanxi merchants, the Wang family, over the course of 300-plus years since the mid-17 th century.

Three parts of the complex have been opened to the public so far: Gaojiaya Castle, Red Gate Fort and Wang Clan Ancestral Temple.

The Qiao Family Grand Courtyard also belonged to a Shanxi merchant during the Qing dynasty (1644-1911).

A half-day hutong walking tour is the best way to explore the Chinese siheyuan in a hutong environment, and is customizable for visiting courtyard residences of your choice.