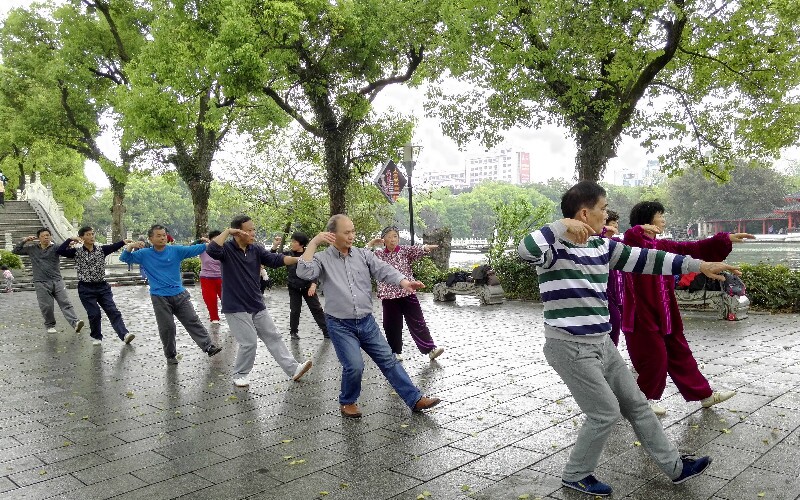 Top 5 Places in China Where People Live the Longest

Humans long to be immortal, thus they were and are always struggling for the key to unending life. They would like to visit the homes or villages where many centenarians live, finding out what their secret is to a long and healthy life. Five villages of longevity in China are detailed here for reference:

Located in the northern part of Guangxi Zhuang Autonomous Region, Bama Yao Autonomous County is the home where the most centenarians live, next to none among five homes of longevity in the world. The other four are Hetian Village in China, South Caucasus, Hunza in Pakistan, and Vilcabamba in Ecuador.

With a great deal of hills, mountains, and clean fresh air, Bama is hailed by many as a natural oxygen bar. The farmlands in the northern part of Bama are rich in manganese and zinc, but few in copper and chrome.

According to research, there is a negative correlation between the distribution of the earth with a high content of manganese but low copper content and the cardiovascular rate; but a positive correlation between the distribution and the centenarian population density. Zinc, well-known as the flower of life, can enhance the immune system, maintaining the normal metabolism.

People there eat foods with a low amount of calories, fat and salt but high amounts of fiber and vitamins. They keep a healthy and balanced diet through two meals based on porridge and one based on rice. The principal food is hominy and rice-porridge, supplemented with natural foods such as sweet potatoes, various vegetables and beans.

Moreover, they use the oil extracted from hemp seeds in cooking. The oil has the highest content of unsaturated fatty acid among the common vegetable oils and is the only oil that is soluble in water in the world.

Bama, a land of mystery, is rich in unique natural tourist resources: Shangri-La's Panyang River with its beautiful landscape, the fantastic Bama Limestone Cave (Bama means ‘spring mouth' in the Yao language), the third largest of the Tiankeng groups, and evergreen virgin forests.

Rajsu Village, located in Hetian, is another place of longevity in China. At present, there are 2,400 people in the village, among which there are 16 men and women aged over 90 years old.

Hetian Prefecture, surrounded by the Kunlun Mountain and deserts, is an arid area with little rain but lots of wind and sand. However, the oasis type of environment in such an area is good for people to live in as there are adequate surface water supplies, and the quality farmlands are irrigated by water from melting snow on the snow-covered Kunlun Mountain.

In addition, with the sea of trees, and houses sheltered under dense woods, Hetian is considered to be a "forest park" by those experts at home and abroad who have been there.

Experts point out that the water is a main factor for people to live longer. People there drink water which is proven to contain sufficient trace elements, such as magnesium, manganese, ferrum and calcium. Those elements are healthy, especially manganese, having the effects of anti-senility and prolonging the life span.

People there largely live on cereal products and vegetables. By cereal products, we mean naan bread and steamed bread. Food made from flour accounts for nearly 70% of their diet, and they don't like to consume too much sweet food.

With a vast territory and rich resources, Hetian has long been known as ‘the Silk Road' and is home to melons and other fruit. The main scenic spots include the majestic Kunlun Snow Mountain, magnificent alpine glaciers, mysterious pagodas, and ancient cliff paintings.

Zhongxiang, a city located in Hubei Province, is the cradle of Taoism and the Chu culture. Also, it is one of five homes of longevity in China. There are many beauty spots and places of historical interest with ancient legends, such as Huangxian Cave (it gets its name from Huang Daxian, a Taoist fairy), and Empress Village.

Huangxian Cave （黄仙洞） contains nearly all types of caves. In addition to stalactites, there are limestones and karst kerbing stones. At the end of it, there is a 265-step ladder. Climbing to the end of the ladder, one will see Empress Village, a wonderland beyond the human world.

Towering old trees, hills, mountains and lakes are scattered everywhere in the village. The famous Cloud and Fog Tea, which has long enjoyed a good reputation, is grown there, in the foggy places of high mountains. It is said that people there have a long life span because of the quality fresh air, simple lifestyle and health diets.

Jinlin Water Village is situated in Guanxu Town, Deqing County, Zhaoqing. It is a well-known village of longevity due to its sweet spring, clean and fresh air, and simple customs. The water resource is rich in useful elements including met silicate acid, strontium, iodine, selenium and lithium.

It is roughly estimated that there have been eight centenarians since the Qing Dynasty, and now there are more than 20 elderly men and women above 90 years of age, which is considered to be a result of paying attention to the correct way of keeping good health.

The village has a history of more than 1,400 years. Many buildings remain in the Ming Dynasty-style constructions. Those old ancestral halls, old-fashioned houses hidden in the green hills and beautiful scenery, show the elegant and pure culture of Lingnan (south of the Five Ridges).

Taoyuan Village, a retreat away from the world, is located in Qiaotou Town (Bridge Head Town), Huaiji County, Zhaoqing. It has a history of more than 1,700 years since it was established in the sixth year of the West Jin Period.

The villagers there go out to the outside world with torches through a natural cave of more than 400 meters. They have lived in such a manner for over a thousand years. They still have their ancient language and customs. It is also known as the Ancient Home, named by Tao Yuanming, a poet in ancient China.

Now, the village is a notable tourist spot for keeping healthy in Guangdong Province as there are many old customs, such as a folk song competition (对山歌), a poetry contest between families (家庭诗会), and so on. The villagers like to study the ways of prolonging life, and the scenic spots connected with longevity are well-preserved: "God's Rock", "Longevity Bridge" and "Longevity Well". Visiting those spots, tourists will discover the culture and legends of longevity belonging to the village.

Local cuisine: the porridge. The village abounds with corn, therefore, the porridge cooked from corn powder with other ingredients is the principal food there all the year round; it is a cuisine which is considered to be helpful for staying young and prolonging the life span.