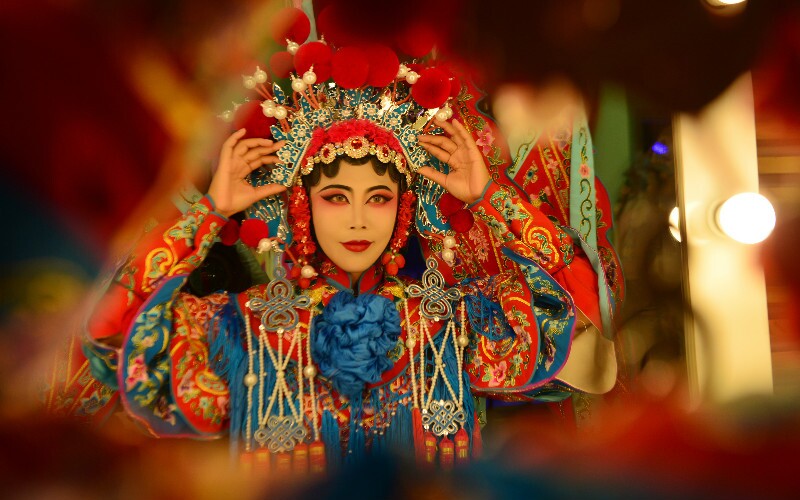 A Chinese cultural landmark, Beijing opera (a.k.a. Peking opera) should be on your must-do list, particularly if you are interested in the arts.

We hope these seven answers will start to answer your questions and whet your appetite for a truly Chinese experience.

1. Why is Beijing opera one of China's cultural treasures?

Beijing Opera is considered as the epitome of traditional Chinese opera.

Its birth was the combination and integration of various kinds of opera. It grew out of Anhui opera, and then was infused with Kunqun opera from Suzhou and Shaanxi opera.

2. Is Beijing opera difficult to understand?

Yes. Even for many Mandarin speakers, it is hard to understand if they haven't had much experience with Beijing opera. Many people would like to enjoy its interesting performances more, but most do not understand the content.

3. How can I understand a Beijing opera?

Each Beijing opera is an adaption of a traditional Chinese historical account or legend.

The best way to understand it is to read up on Beijing opera, and go with an expert English-speaking guide.

4. How do Beijing opera and Western opera compare?

Style: Compared to Beijing Opera, Western opera is more likely to fit the classic definition of opera. Beijing opera is more like a vaudeville show, since it blends singing, music, dance, and costume together. It's an incorporation of various art forms.

Musical Instruments: In Western opera, orchestral instruments like the piano and violin are used, while traditional Chinese percussion instruments such as the drum and gong are used in Beijing opera

Roles: In Beijing Opera, it is common that the heroine is played by a man and the hero is played a woman, like in Western pantomimes. This is rare in Western opera.

5. Why is Beijing Opera not popular with young people?

One reason is that there are so many kinds of exciting entertainment nowadays that traditional entertainment is seen as second-rate. Young people generally prefer pop music, fashion, modern dance, etc., and the Internet takes up most of their time.

In the past, when there were few entertainments, Beijing opera was a popular spectacle, even with the young.

But, even then, Beijing opera needed time and a cultured background to understand it. With a history of hundreds of years, Beijing opera has a very profound culture.

However, this is not to say that young people can't enjoy Beijing opera, just that it's more of an acquired taste.

6. Where is it best to see Beijing Opera in Beijing?

In a way, a Beijing opera theater is just like a teahouse. Tea and snacks are served during the show. Many teahouses have Beijing opera performances, but we recommend going to a dedicated theater.

7. What movie should I watch to get a perspective on Beijing opera?

The most famous one is Farewell to My Concubine, which was directed by Chen Kaige from Chinese mainland in 1993. It tells the story of two Beijing opera stars, and portrays the difficulty of their apprenticeship in Beijing opera.

Enjoy Beijing Opera with Us

"It is better to see once than hear a hundred times." This Chinese saying means that nothing beats experiencing something (like Beijing opera) for yourself.

If you have an interest in Beijing opera, just let us know. We can arrange an opera experience to suit you and an expert guide to explain it.

We are here to help you discover China your way. We can create your dream trip from your list of things to do. Or see the recommended tours below for inspiration: