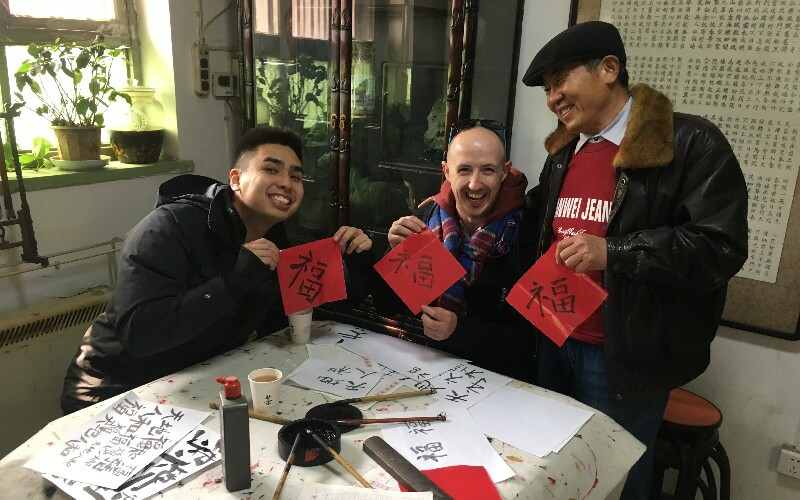 The Shang Dynasty initiated the use of pictograms for writing.

Chinese characters are also known as '汉字(Han Characters)'. They are the oldest continuously used writing system in the world. Its history is dated back to as far as the Shang Dynasty (1600 BC-1046 BC), when they were ideographs inscribed on oracle bones.

Spoken Chinese is in the form of tonal syllables, each syllable corresponds to a Chinese character. It can be written using the English alphabet in a pronunciation notation called pinyin (see Chinese Pronunciation).

A unified system of characters has been used throughout China's history. One of the great advantages of using one single writing system is that people who speak different dialects can understand each other's writing, and thus communication can go on without much difficulty. People in Hong Kong, Macau and Taiwan still write traditional Chinese characters, while people on Chinese mainland adopt simplified Chinese characters, but it does not pose much difficulty in recognizing the characters.

Some scholars believe that Chinese characters are one of the important factors that keep South and North China unified for a very long time. Some scholars even consider Chinese characters to be the Fifth Great Invention of Ancient China, alongside the other Four Great Inventions, which are paper, the compass, gunpowder and movable typography. Though pronunciation marks are not the same, Chinese characters were used or are still being used in other languages, such as Japanese, Korean and Vietnamese, which indicates China's cultural influence on these countries since ancient times, especially during the Tang (618-907) and the Song (960-1279) dynasties.

Written Chinese is mainly composed of ideographs, which were standardized drawings of ideas. The drawings were developed and simplified over time, until they now only vaguely resemble the original drawings.