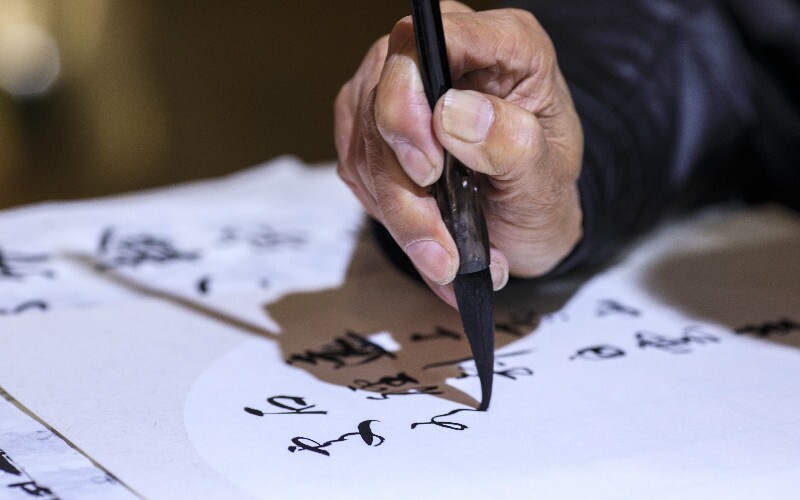 The written Chinese language is one of the oldest active languages today, dating from the Shang Dynasty, more than 3,000 years ago, and is used by approximately 1.3 billion people today. Chinese characters in the written language can be very intricate, ornate and beautiful; therefore it is really no surprise that writing the characters is considered an art form, known as Chinese calligraphy.

The Art of Chinese Written Characters

The literal definition of the word calligraphy is simply "good writing", but in the sense of Chinese calligraphy, the meaning goes deeper than simply writing the characters, or even striving to make the characters look beautiful. It is considered to be an art form requiring mental disciple, which involves both the body and soul.

Chinese written characters have a unique ability to express spiritual feelings and other emotions as well as character and integrity, and can even convey the temperament of the one doing the writing. The Chinese art of calligraphy (书 shu /shoo/), which is also called brush calligraphy, is unique to the Asian culture and the most treasured of the four arts of Chinese literati, which include painting (画 hua /hwaa/), playing a musical instrument (琴 qin /chin/) and playing strategic board games (棋 qi /chee/).

Tools Used for the Art of Chinese Calligraphy

Since Chinese calligraphy is an art, there are special tools required that have been used from ancient times to the present. These four tools are called the the Four Treasures of the Study (文房四宝 wenfang si bao /wnn-fung srr baoww/).

The ink stick is the writing instrument and is solid ink made from oil smoke or pinewood soot. The ink stone contains the ink, which is obtained by using water and grinding the stick on the stone. The brush is made of bamboo and animal hair from deer, sheep, rabbits or wolves, depending on the weight of the stroke needed. A special absorbent paper called xuan paper is used.

Although some might consider writing with a brush an ancient practice, recent studies showed that twenty million Chinese were still using the brush and ink stick.

There are five general styles that are traditionally used in Chinese calligraphy, which are zhuan shu, kai shu, xing shu, li shu, and cao shu. Each of these have their own special characteristics, and are derived from different origins dating back to different dynasties.

This style gets its name from the ancient for of charactersused in official seals. Seal characters are very popular with calligraphy artists for their elegant style and are divided up into both small seal and big seal characters.

Kai Shu, otherwise known as Zheng Shu script, evolved from seal characters. Kai Shu is known for its squareness, and horizontally and vertically standardized structure. Its simplicity makes it a neat and orderly way of writing, which is possibly why it is also very popular with calligraphers.

Xing shu is the cursive form of kai shu, thereby making it a very quick, convenient, and practical way of writing. However, if xing shu is written carefully and deliberately it looks very much like kai shu. Xing shu comes from the Han Dynasty (206 BC - 220 AD).

Another cursive form of calligraphy, cao shu also goes back to the Han Dynasty. Although it had its origins with the Western Han Dynasty (206 BC - 8 AD), it did not become popular until the Eastern Han Dynasty, between 25 and 220 AD. Cursive hand is very simple, irregular and sketchy, yet highly artistic.

The strongest characteristic of li shu is its diversity. Although it has a neat look, it is a more complex type of writing with its different variations. Li shu became the writing which eventually transitioned into formal script. Once again the Eastern Han Dynasty is credited with this style of writing.