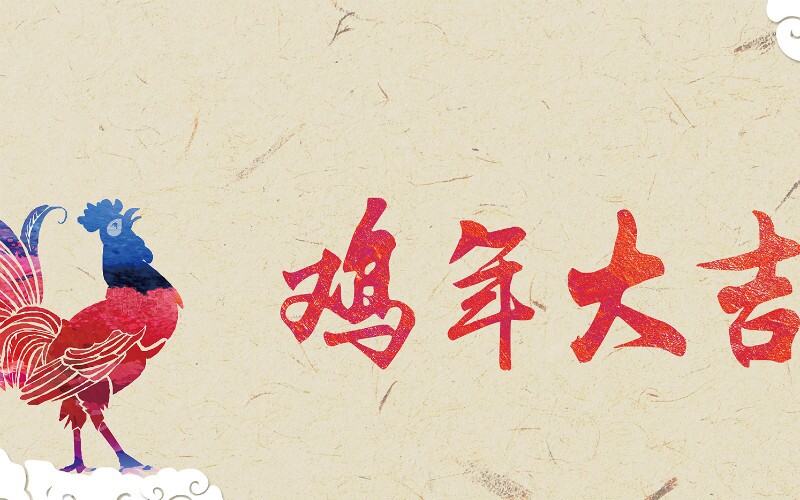 Facts You Should Know About Rooster Year

The Chinese zodiac affects Chinese culture a lot in poems, paintings, art, and architecture. As well as China, many other countries pay attention to Chinese New Year by producing zodiac products and issuing zodiac money.

You must have heard about the zodiac Rooster, but you may not know the following 6 facts about year of the Rooster (the next Rooster year is 2029). A zodiac year starts from 'Start of Spring' according to the traditional Chinese solar calendar, and 'Start of Spring' is on February 3rd in 2029. However, most Chinese tend to name a zodiac year from Chinese New Year according to the traditional Chinese lunar calendar, thus the 2029 lunar year of the Rooster starts on February 13th.

3. The Rooster is the fowl with five virtues. Roosters were very important in people's daily lives in ancient times. They were not only treated as food, like today, but in ancient times people regarded them as a mascot since they ate harmful insects.

(The shape of China on a map is often likened to a rooster by Chinese — with its beak above Japan (the worm), and Korea as its wattle, etc.)

In ancient times, people didn't have watches or clocks; they used the 12 Earthly Branches to divide a day into 12 two-hour periods. Every period was named after a different Earthly Branch.

For the sake of entertainment and convenience, people replaced them with the 12 zodiac signs, according to their sequence, inventing sayings to relate each period to each animal's behavior. Rooster hours are from 5pm to 7pm, when roosters go back to their coops.