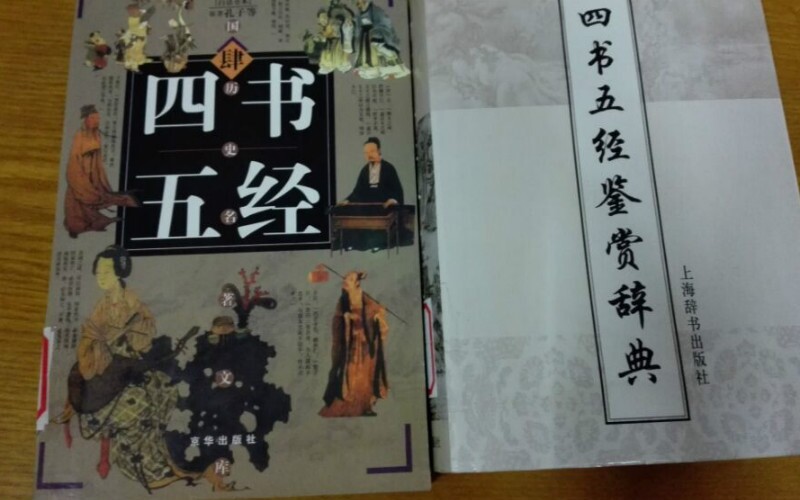 Prose writing in ancient and pre-modern China differed from poetry in that it was less rigidly structured and wasn't like verses in a song or like one of the common styles of poetry. But compared to English prose, literary prose before the year 1900 was often much more formalized. Except for popular novels and theatrical plays, most of the literary prose works were written in the literary Classical Language. This Classical Language utilized the grammar and ancient characters of the Warring States Period (475-221 BC) and of the Han Dynasty era (206 BC – 220 AD). Writers sought to imitate the examples of prose in ancient philosophical and religious books such as Mencius (孟子) and Zhuang Zi (莊子). These old texts that were thought to date from about 600 BC to 200 BC were thought to contain examples of careful and well-reasoned discourses and be examples of good organization and style. During the Han Dynasty era (206 BC – 220 AD), a more formalized style of prose writing appeared that was called Piantiwen (駢體文) or parallel prose style. But in the Tang and Song eras, people started to write in the less formal and more ancient style called Guwen (古文) of the Warring States era. So classical prose can be divided into three types called Piantiwen style, Guwen style, and the vernacular style used in operatic dramas and in the Four Classic Novels of Chinese literature.

For about 2,000 years after the Qin Dynasty era (221-206 BC), Chinese writers had a constraint that European writers generally didn't face after the Renaissance. Chinese writers generally needed to write in a common literary language that wasn't their native language or a vernacular language anywhere. The ancient languages of the Warring States Period were extinct. But writers had to maintain the grammar and the use of the vocabulary. In some ways, this is similar to how educated Europeans wrote in Latin until the Renaissance era.

During the Qin Dynasty (221-206 BC), the emperor ordered that all texts other than those of a philosophy called Legalism and some sciences that he favored be destroyed. There was a "Book Burning and the Burial of Scholars." They effectively destroyed several religions and philosophical schools and much ancient literature. During the Han era, people tried to reconstruct and preserve what was lost. What emerged as important were works attributed to Confucius, Mencius, Zhuang Zi, Lao Zi, and a few other philosophers. Mencius whose book was considered one of the major texts of Confucianism was said to have elegant diction, and Zhuang Zi whose text was one of the two pillars of the school of Daoism that emerged in the Han era showed how to use anecdotes and allegories effectively. Chinese writers tried to copy their styles. The example of the style from the pre-Qin era was said to be simple and direct.

In the Han era, a variant style was developed that was called Piantiwen (駢體文). This style wasn't as clear or precise, but it was florid, ornate and rigid. The Piantiwen style was popular for several hundred years afterwards.
During the late Tang era (618-907), two prominent officials tried to reintroduce the earlier style called Guwen. Han Yu (768–824) and Liu Zongyuan tried to teach others to use Guwen. They are considered two of the great prose masters of the Tang and Song eras. But the Tang Dynasty fell and was replaced by the Song Dynasty (960–1279 AD). During the Song Dynasty, another literati named Ouyang Xiu (1007-1072) helped to revive writing in the Guwen style. This neoclassical style dominated prose writing for the next 800 years. It was the writing system of rulers in the Ming (1368-1644) and Qing (1645-1912) eras.

In order to gain entrance into the bureaucracy during the Ming and Qing eras, candidates had to pass the imperial qualifying examination. The exam material was the 9 Classics of Neo-Confucianism as was codified in the Song era. The Four Books and Five Classics (四書五經) were basically memorized by those who did the best on the exams. These works contained the style of writing the literati wished to imitate.
After the fourteenth century, vernacular fiction became popular. This may be because the invention of printing allowed the works to be more widely published. In the Yuan (1279-1368), Ming and Qing eras, four novels were published that are considered the best in Chinese history. The four novels are often called the "Four Classics" in China. All four were written in a spoken language of their times unlike most ancient literature that was written in the literary Classical Language.

These four novels all have disputed authorship. They are: The Romance of the Three Kingdoms that is said to have been written by Luo Guan Zhong during the Yuan Dynasty (1279-1368); Water Margin that is said to be written by Shi Nai An during the Yuan era; Journey to the West that is thought to have been published anonymously by Wu Cheng'en during the Ming Dynasty era (1368-1644); and The Dream of the Red Chamber was said to be written by Cao Xueqin (1715-1763) during the Qing Dynasty era (1644-1911). The writers wrote in different languages, but vernacular prose can be called the third type of classical prose writing.