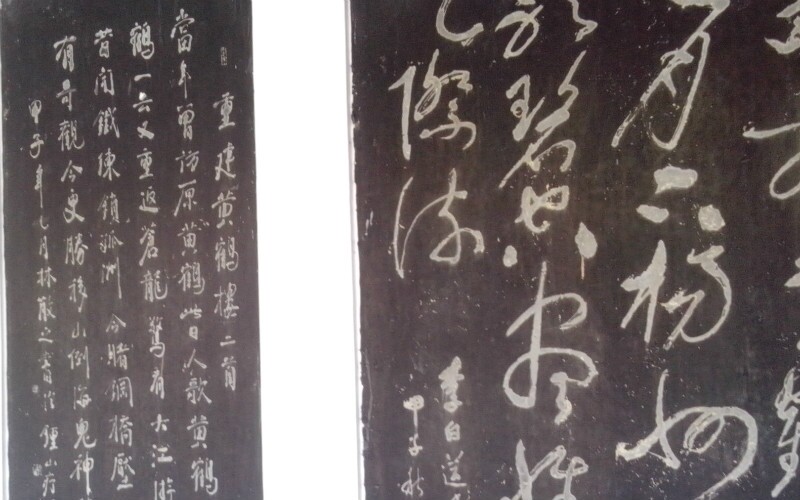 Poetry has been a favorite literary genre for thousands of years. Poetry isn't taken very seriously in the West, especially in the last two hundred years, but Chinese ancient poetry is still read and ancient Chinese poets are honored. The greatest poets are thought to have lived a thousand years ago or more during the Tang (618-907), Song (960-1279) and Han (206 BC – 220 AD) dynastic eras. Du Fu, Li Bai and Su Shi are considered among the best ancient poets, and there are five major kinds of major ancient poetic styles called Shi, Ci, Ge, Qu and Fu.

The very ancient poetry that was written a thousand or more years ago was simpler and about common things like love, romance and nature that people appreciate. Though much poetry was written in the eras following the Song Dynasty (960-1279), it is thought that the poets became increasingly erudite, academic and esoteric so that modern Chinese can't appreciate the style and meaning. Since the Chinese have a character-based writing system instead of an alphabetic system, though the languages have changed, modern Chinese can still read a lot of the ancient poetry. Since the pronunciation of words has changed a lot, often the rhymes or tonal rhythms are lost for poems that rhymed or had tonal patterns. But the meanings of the characters haven't changed much, though modern readers may interpret the words to mean something other than the ancient author intended. Nuances and connotations may be lost. Since old poems remain and modern Chinese can understand them to some extent, they are still appreciated.

Shi poems are composed of couplets. They are poems of two more coupled lines. The two lines of a couplet usually rhyme and match rhythmically and complement each other tonally. Modern Mandarin only has five tones, but ancient languages usually had more, so the tonal rhythms are generally lost.

Ci poetry can be described as poems that have patterns of syllables and tonal patterns. In making a Ci poetry, a poet chooses words that fit a specific pattern. These patterns may have once been part of a song. But the music has been lost. There are various patterns that provided affective settings for various effects or moods.

The word "ge" means song. Ge poems are the words to a song that can be sung. There were folk songs as well as songs composed by the literate and educated composers.

When the Mongols conquered China and established the Yuan Dynasty (1279-1368), they brought with them their own style of music and forms of entertainment. They especially liked to watch shadow puppet theaters that were puppet plays of little manipulated figurines and puppets illuminated by a lamp so that the shadows fell against a screen. It is thought that the form of operatic drama of the Yuan Dynasty imitated their shadow play theaters. The style of music and song in the operas was called Yuan Qu or Mongol Music. The songs from the operas and popular songs were a poetic style called Qu that was also popular in later eras. The poetic style is freer of form.

A fifth major style of poetry is called "Fu." These are descriptive poems that contain both prose and couplets. These were popular about 1,500 years to 2,000 years ago. Often poets included rare or unusual written characters from preceding eras in their poems.

It is thought that the greatest ancient poets lived in the Tang, Song, and Han eras. If the greatest Chinese poets are named, Dufu and Li Bai of the Tang Dynasty who were contemporaries and who both traveled widely in China often come up on top. Both of them lived in Chang An that was the capital of the Tang Dynasty. Both of them also experienced the An Lu Shan Rebellion that started in 755. Tang Dynasty poets are usually considered the best. Tang Dynasty poetry was simpler and about common things like love, romance and nature that people appreciate. Along with Du Fu and Li Bai, another famous ancient poet is Su Shi of the Song Dynasty.

Dufu liked to write in a structured form of poetry that was called Lu Shi 律詩 or regulated poetry. When he was a kid, he loved to read. "I read ten thousand volumes until they were worn out," he said. Perhaps one of the reasons people like his poems is because he wrote about the people and places he visited. After the An Lu Shan Rebellion, he is thought to have lived in a thatched cottage near Chengdu in Sichuan.

He is thought of as one of the greatest realist poets of China. His poems reflect the hard realities of war, people dying next to rich rulers, and primitive rural life. He was an official in the Tang capital of Chang An, and he was captured when the capital was attacked. It is thought that he lived in a simple hut near the end of his life where he wrote many of his best realist poems. Perhaps more than 1,400 of his poems survive, and his poetry is still read and appreciated by modern Chinese people.

Here is a famous couplet:

Behind redden doors stink wine and meat;
But upon the road die frozen men.

Li Bai liked to write in a free form poetry like that of more ancient times. This kind of poetry was called Gu Shi (古詩). Like Du Fu, he traveled widely and lived in both Chang An far to the north and Sichuan in the southwest. He also wrote about places he visited and things he saw. He is described as a romantic poet.

Su Tungpo is also called Su Shi. He is regarded as a great poet of the Northern Song era (960-1127). More than 2,000 of his poems survive. He was an official in the Song court, and he passed the bureaucratic qualifying exam with high honors. Because of political problems, he was banished and lived on a farm. It is thought that many of his best poems were written when he was banished. Here is a stanza he wrote:

The moon rounds the red mansion
Stoops to silk-pad doors
Shines upon the sleepless
Bearing no grudge
Why does the moon tend to be full when people are apart?