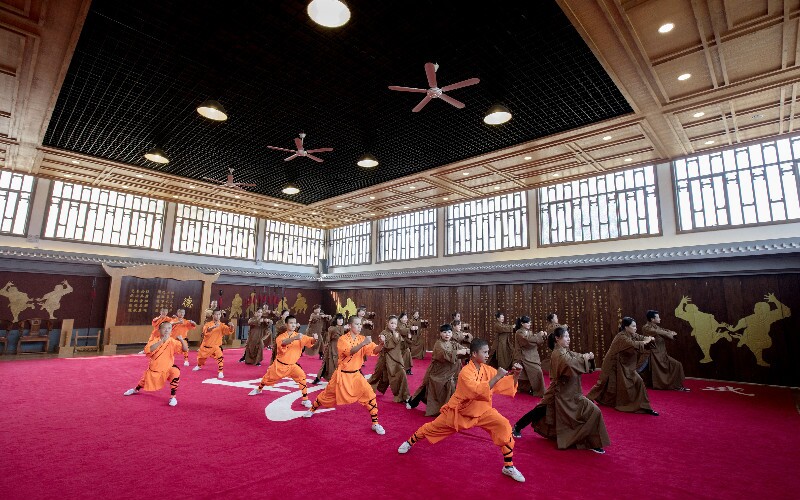 Kung Fu vs. Karate vs. Taekwondo

Kung fu is one of the most identifiable cultural signs of China. Apart from China's kung fu, there are similar styles of martial arts,such as Japan's karate and Korea's taekwondo, which are often confused.

Below is a table showing some comparisons between these three martial arts.

Kung fu is an umbrella term in China, referring to various schools of martial arts. The Chinese is 功夫, pronounced gongfu in Mandarin, kung fu in Cantonese.

Kung fu has a long history in China — its origin can be dated back to the 4th century. China's martial arts can be combined with various weapons, which is rare in karate and taekwondo.

More so than with karate or taekwondo, kung fu in the daily lives of Chinese people is used more as a way to exercise.

Unlike karate and taekwondo, kung fu is often combined with acrobatics in shows.

Karate is a type of Japanese martial art, which originated in Okinawa. The word karate in Japanese means 'empty hand'. It's said that karate was influenced by Fujian White Crane, a form of kung fu originating in Southern China.

In karate, the only weapons allowed are one's hands and feet. The training usually involves sparring and simulated combat practice. A karate practitioner's level is ranked by the color of his/her belt.

Unlike kung fu and taekwondo that are used in national police / armed forces training, karate is not used for training Japanese police (instead taiho-jutsu, 'the martial art of arresting' is used).

Taekwondo originated in Korea and has now spread around the world. The words tae, kwon, and do mean 'foot', 'fist', and 'way' respectively in Korean. The martial art puts emphasis on practitioners' foot movements. The most distinguishing characteristic of taekwondo is the fast kicking that's involved.

Taekwondo is a special sport among these three martial arts —it was listed as a competitive sport in the Olympic Games in 2000. It is a systematic martial art that has a clear progression through belts of darkening colors, and is more like karate than kung fu.