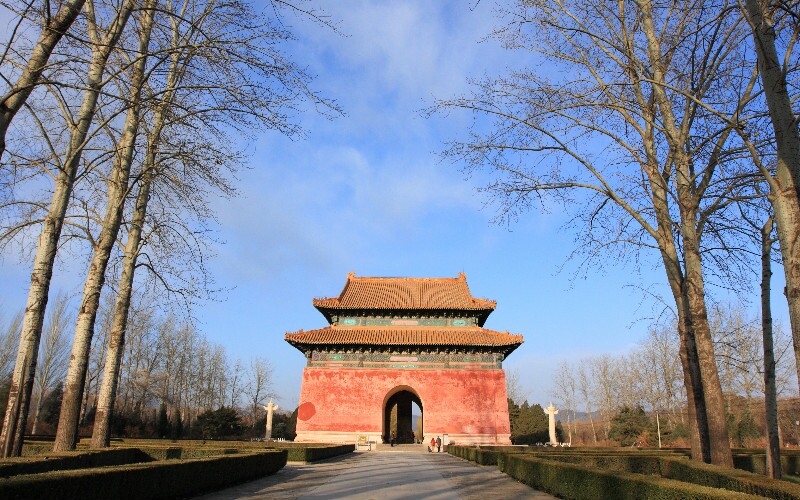 A lot of mausoleums were built in honor of Chinese emperors or people with important historic significance in China. Here are listed six of the most popular and famous mausoleums.

The Ming Tombs are a group of mausoleums, containing 13 emperors of the Ming Dynasty (1368 – 1644), located to the northwest of Beijing city. They are well-preserved with great cultural and historical value.

2. The Mausoleum of the First Qin Emperor

Located near Xi'an in north-central Shaanxi Province, the Mausoleum of the First Emperor is regarded as one the greatest archaeological discoveries. The Terracotta Army is only a part of the mostly unexcavated mausoleum of Emperor Qin Shihuang of the Qin Dynasty (221–206 BC).

The layout of the mausoleum is a series of wide low excavations, containing many terracotta warriors and chariots. Each warrior is unique, retaining a vivid expression. The army was assembled in lines and equipped with horses, chariots, and other weapons. The size of the clay models is the same as real people and chariots.

Qianling Mausoleum is the best-preserved and most representative mausoleum of the Tang Dynasty (618 – 907). It is situated 76 km northwest of Xi'an city. The emperor of the Tang Dynasty and his wife, China's first and only female Empress, Wu Zetian, are buried there.

Many exquisite and lively stone statuses, as well as some stone steles standing along a sacred road in the mausoleum, present the culture of the Tang Dynasty, and the dedication of Emperor Gaozong to Wu Zetian.

Maoling Mausoleum was named after its location, Mao Village, northeast of Xi'an. It is the mausoleum of Emperor Han Wudi of the Western Han Dynasty (206 BC – 8 AD).

There are large collections of cultural relics related to Emperor Wudi in the exhibition halls in the mausoleum. The stone carvings are the most representative works among the relics. These excavated treasures show the glory and splendor of the Western Han Dynasty and the achievements of Emperor Wudi.

5. The Tomb of Zhaojun

Located 9 km south of Hohhot, Inner Mongolia, in the middle-north of China, the Tomb of Zhaojun is the former residence of the famous princess, Wang Zhaojun, who made a marriage with Xiongnu Chanyu for the unity of China in the Han Dynasty (202 BC – 220).

The Tomb of Zhaojun is also called the "Green Tomb" (Qing Zhong), because, while other trees and grasses turn yellow in autumn, it remains green and vigorous. In summer, it is a poetic place for families to enjoy a picnic.

There is a large bronze statue of Wang Zhaojun and her husband riding horses in front of the tomb. Many status and steles around the tomb express the achievements and contributions of Wang Zhaojun. As well as other mausoleums of ancient emperors, there is a collection of relics of Wang Zhaojun in the exhibition hall.

6. The Mausoleum of Dr. Sun Yat-sen

Located in the Zhong Mountain Scenic Area to the east of Nanjing, Jiangsu Province, in the east of China, the Mausoleum of Dr. Sun Yat-sen contains a great wealth of history, culture, scenery, and architecture.

This mausoleum was built to honor Dr. Sun Yat-sen, one of the greatest revolutionists in Chinese history, who ended the feudal monarchy system, and brought new hope and a bright future to China.

Seen from the air, the mausoleum looks like a large alarm bell, and presents the lofty spirit of devotion to Dr. Sun Yat-sen. There are many memorial buildings around the mausoleum. The pavilion, marble road, gate, and other buildings make the Mausoleum of Dr. Sun Yat-sen a national historic treasure.

Want a trip to visit the Mausoleum of Dr. Sun Yat-sen? China Highlights can help you design a trip including the mausoleum.