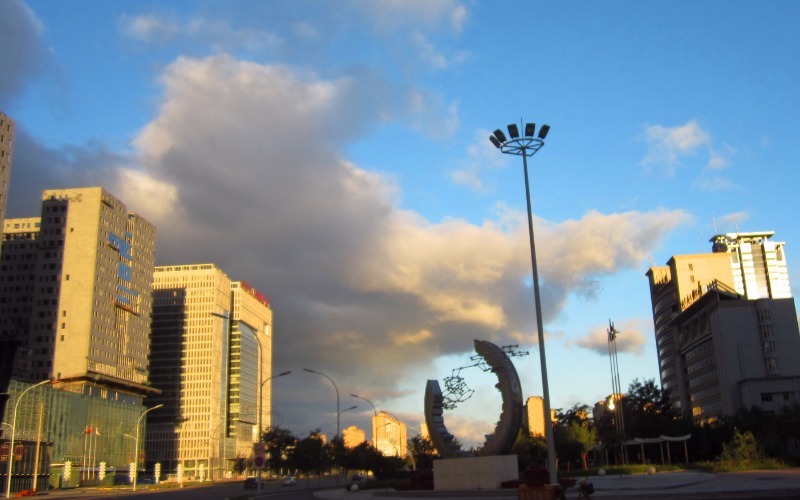 Baotou Travel Guide — How to Plan a Trip to Baotou

Baotou, known in China as ‘City of Steel in the Gobi’, is in the west of Inner Mongolia Autonomous Region. Its Mongolian name means ‘place with deer’, hence its Chinese nickname Lucheng (‘Deer City’).

Similar to many other cities of Inner Mongolia, Baotou is a gateway to a number of plateau grasslands and wetlands. In addition, Baotou has a few majestic but peaceful Buddhism temples, historical Great Wall sections and plentiful opportunities for industry visits.

Scroll down to find out interesting facts about Baotou, the best times to visit, top things to do, and other travel tips.

City of Steel in the Gobi

Baotou has a semi-arid continental climate, with short hot summers, long frozen winters, and large temperature differences seasonally and between day and night.

The optimum time to visit is from summer to early autumn (June to October), when the weather is the most pleasant, and the grasslands are in the best condition.

4 Top Things to Do in Baotou

The best way to experience Mongolian traditional customs is to ride a horse in the vast grassland, stay in a Mongolian yurt, drink a bowl of kumis (fermented equine milk), enjoy a meal of roasted mutton, and join in a bonfire party. All these will get you closer to the life and culture of Mongolian herdsmen.

Baotou boasts a number of great grasslands. Saihantala Ecological Park, the only wetland grassland in an urban area of China, is the place the enjoy the lush plants and play with deer. Xilamuren Grassland is the most popular one, due to its convenience from Hohhot, capital of Inner Mongolia.

2. Appreciate the Tibetan Culture of Baotou

Meidaizhao Lamasery is unique in layout, as it is more like a walled city, with temples, royal palaces and city gates.

Both are important centers for spreading Tibetan Buddhism in Inner Mongolia and are of great importance for the study of the history, religion, and arts of Inner Mongolia.

In addition, a section of the Great Wall of the Qin Dynasty (221–206 BC), when the Great Wall was actually first formed by linking up previously-made sections of defensive wall, lies in Baotou and stretches for around 120 kilometers (75 miles). The beacon towers and ruins of the wall can still be seen from a distance.

Even if you have already visited Great Wall sections in or near Beijing, you should still take a visit to see the oldest Wall, trace its history back to over 2,000 years ago, and find the differences.

A Section of the Great Wall of the Zhao

Baotou is known for the steel industry and its factory visits.

Baotou Iron and Steel Group offers an insightful view into the recovery, growth, and rise of China's Modern Steel Industry. Their educational factory tour is especially popular among young students.

Airport express buses run between the airport and Header Hotel Baotou. Or you could take a private airport transfer for a worry-free journey.

From Baotou to Beijing, bullet train services are available to both stations taking around 3½ hours. Other cities reachable by bullet trains include Hohhot, Zhangjiakou, Datong, Taiyuan, and Zhengzhou.

When traveling to the grassland areas, staying in a Mongolian Yurt is an experience that cannot be missed. Contact us for if you are looking for a high-quality yurt experience in Baotou.

You’ll need 2–3 days to explore the main attractions of Baotou and its nearby sights.

Starting a tour from Hohhot is popular due to more flight/train options and its convenience to reach the Xilamuren Grassland (only 1½ hours’ drive). Below is a very classic Baotou tour for inspiration.

Arrive in Hohhot with a private transfer to your hotel.

Your Hohhot city tour would typically include Inner Mongolia Museum and Zhaojun Tomb.

Then drive around 2½ hours to Xilamuren Grassland in Baotou and join in the bonfire party in the evening. Stay overnight in a Mongolian yurt.

Grassland activities in the morning include horse riding and a nomad family visit.

Then, drive around 3½ hours to Baotou city.

A full-day Baotou city tour would visit Wudangzhao Lamasery and the Ancient Great Wall of the Qin Dynasty.

Our private guide and driver would see you off at the airport or train station. Or you could continue your tour to Ordos for desert experiences at Resonant Sand Bay and a historical tour of the Mausoleum of Genghis Khan.

If you would like to inquire about or modify the sample tour or an extended tour including Ordos, or any other bespoke options, feel free to contact our Baotou expert for a worry-free customized tour.