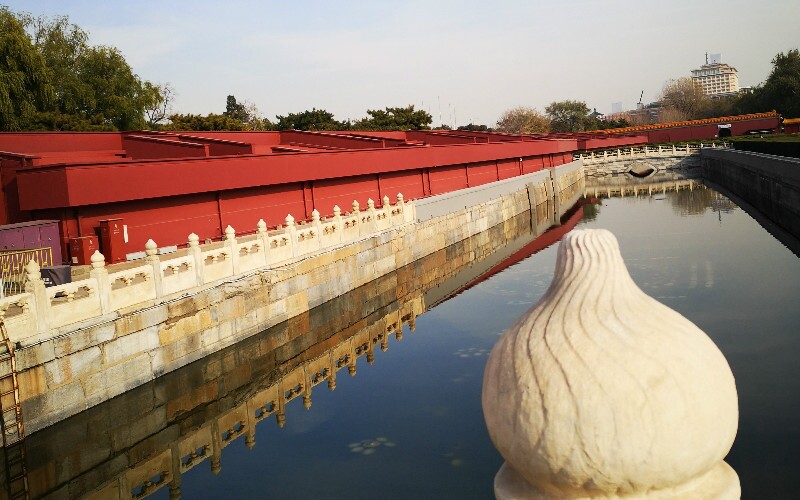 Our Beijing maps cover Beijing's location in China, the Beijing area, attraction locations in the city, the Beijing Subway, and plan views of Temple of Heaven Park and the Forbidden City.

Beijing is situated at the northern tip of the North China Plain. It is 2 hours by air from Shanghai and 3 hours from Hong Kong.

Beijing is an Ancient Capital of China with famous attractions of various types. This map covers the area inside the fifth ring road, showing photos and locations of key attractions (including the Great Wall, the Forbidden City, the Temple of Heaven, and the Summer Palace), and railway stations and airports. Learn more about Beijing's attractions.

Our Bejing Yonghe/ Lama Temple shows you  layout and main buildings of the temple, learn more about Yonghe Lama Temple.

This is Beijing's most up-to-date subway map. At present Beijing Subway has 24 lines in and around the city. Each line is coded with a color, and all stations are marked with both English names and Chinese names.

This map below shows you the best Beijing side trips. Learn more about Top China Tours from Beijing.

This map below gives you a brief introduction of the top 10 landmarks in Beijing with locations.