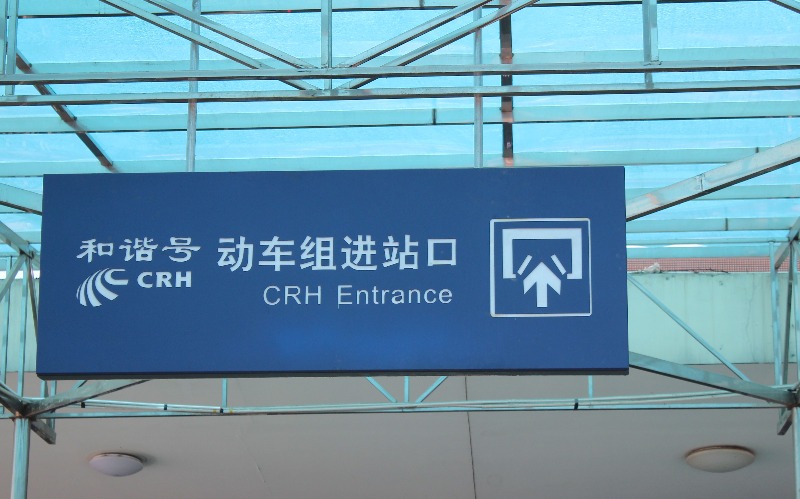 It is quite useful for tourists especially if you are coming/going westwards towards chengdu, Chongqing and Guiyang, eastwards to Guangzhou or southwards to Nanning/Vietnam.

Yangshuo trains DON'T go to the popular tourist town area. Yangshuo Station is a tiny station in the mountains, 6 km east of Xingping (which is renowned for the cream of Li River karst scenery). This means it's still quicker by bus from central Guilin to West Street. See more on Yangshuo Transport.

Guilin Station has many bullet trains to Nanning and Nanning East, and since it is near the city center, it is generally a more convenient option for southbound travel.

Regular train lines also spread out to the rest of China from this station. They take two or three times as long as bullet trains, but they are an option for economical, leisurely travel (overnight on bed bunks).

Guilin Station is a kilometer south of the city center on Zhongshan Road, the city's main thoroughfare. The main Guilin Long Distance Bus Station is only a 10 minutes walk away. So local and regional transport is convenient.

It is a two level building with a big front square.

To find your waiting section, you should check your ticket and follow the LED screen which tells you the exact place for waiting and ticket checking.

Buses are available at the stop on the street.

Be sure you book the right tickets since like most Chinese cities, there are several train stations. You could book tickets at any train station, at city ticket windows, or online with the Chinese railway website. See How to Buy Tickets in China.

Our private drivers can make transport more convenient and comfortable, and they wait on you, saving your time. We can tailor-make a visit for you, and arrange your tour according to your interests and requirements.