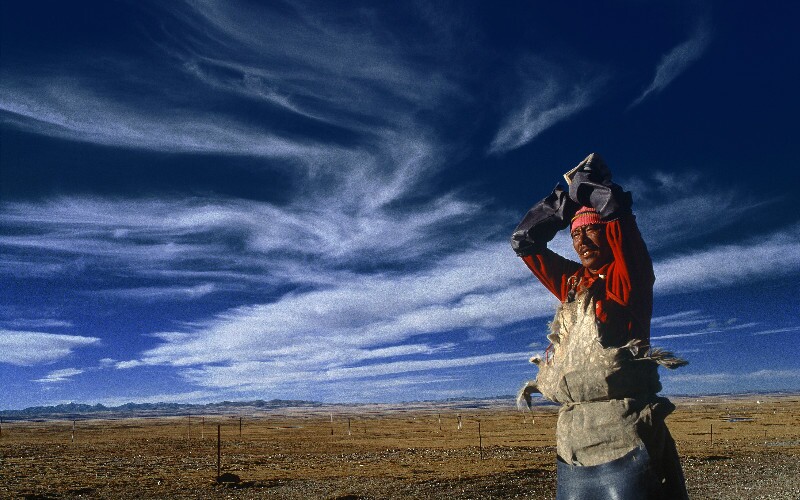 Tingri Travel Guide - How to Plan a Trip to Tingri

Dingri (also Tsedang or Tsethang) is a small city located 183 km southeast of Lhasa in the Tibet Autonomous Region of China. Dingri was the capital of Yarlung and, as such, a place of great importance.

It is at an elevation of 3,100 metres and has a population of about 52,000. It is only about 4 km to the northeast of the town of Nêdong but they have now basically merged into one city.

In the 19th century it is said to have contained some 1,000 houses, a bazaar, a gompa and a fort. It is now the capital of Shannan prefecture and the second-largest town in the region.

It is situated near the flank of Mount Gongbori and is home to the ruins of the ancient Gajiu Monastery. It is known as the cradle of Tibetan's civilization. Samye, Tibet's first monastery, is located 30 km from Tsedang and was founded in 779 CE by King Trisong Detsen.

The 14th century monastery of Dingri, Ganden Ch?khorling, was originally Kagyupa but was taken over by the Gelugpas in the 18th century. It was destroyed by the Chinese but has been restored since.

Ngamch? is also a Gelugpa monastery and contains the bed and throne of the Dalai Lama and has a chapel devoted to medicine. The Samten Ling and Drebuling monasteries of the Sakyas still remained in 1959 but have since been destroyed and mostly built over.

There is, however, the reconstructed Gelugpa Sang-ngag Zimche Nunnery, in the ruins of Samten Ling with a 1000-armed statue of Chenresig (Avalokiteshvara) said to have been made by Emperor Songts?n Gampo (605 or 617? - 649 CE).

The town supposedly dates back to the founding of the Dingri Gompa in 1351 which became an important centre of learning.

One of three caves in the mountainside to the east of the town is said to be the birthplace of the Tibetan people who resulted from the mating of a monkey and a beautiful cannibal ogress.

About 5 km south of Zêtang is Changzhug Monastery founded during the reign of Songtsen Gampo and about 10 km further is Yumbulagang which, according to legend, was built as a palace for the first king, Nyatri Tsenpo, and was the first building in Tibet.

Dingri or Tingri is at Shigatse Prefecture of Southern Tibet. It is often used as a base by mountain climbers preparing to ascend Mount Everest of Himalaya.

Dingri is approximately 60km north-west of Mount Everest and just over 50 km from the Nepali border in the Tibet Autonomous Region of China.

Dingri is close to the Lhazê County in northeast; connecting to the Nepal in the south. From east to west, the county is 96 km long, 108km wide south to north. It is 244km far from Shigatse.

The Sino-Nepal Highway (National Highway NO.318) passes through the county. From Lhasa to Shigatse to Dingri to Mount Everest Base Camp, there are no buses or coaches available.

You need to rent a four-wheel drive (recommended) in Lhasa or Shigatse, because it is difficult to find cars in other places along the way.

>> Check more about How to get to Mount Everest Base Camp

Dingri belongs to the plateau dry windy climate. The days and nights' temperature have a very big difference. The annual rainfall is few, but the transpiration rate is high.

Annual sunshine time amounts to over 3,000 hours, and the ultraviolet ray is intense. The temperature is somewhat low, annual mean temperature 0.7 °C.

Rongbuk Monastery: With an altitude is 5,100 meters (16728 feet),Rongbuk monastery is the highest on earth. From there you will get a great view of Mt Everest. Mt. Everest, called Mount Qumulangma in Tibetan Language, is the highest peak of the Earth and probably the most coveted mountain in adventurous travelers' eyes. >> Read more

Everest Base Camp:Located in Tibet autonomous area, the camp is the base for people who climb the mount Everest.Each year there are numerous climing groups arrive here and pitch a camp. >>Read more