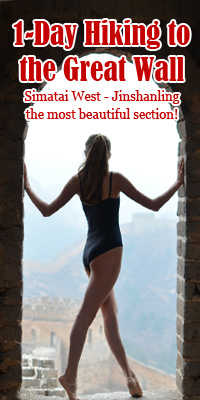 Niangzi Pass, also called the Ladies' Pass, is one of the major passages where Shanxi Province and Hebei Province meet. It is a mountain pass of strategic importance which is famed as "the Ninth Pass on the Great Wall". The extant pass was built in 1542 during the Ming Dynasty (AD 1368-1644).

Niangzi Pass is on Mianshan Mountain. It is a famous fort on the Great Wall that was once called "Weize Pass".

Legend goes that during the Tang Dynasty (618–907 AD), the army under the command of Princess Pingyang, daughter of Li Yuan, the first emperor of the Tang Dynasty, once garrisoned there. Hence the name is "Niangzi Pass", or "Ladies Pass".

As one of the passes constructed during the Warring States Period (475-221 BC), Niangzi Pass was reconstructed in 1542 during the Ming Dynasty and particularly guarded due to the Ming emperors' constant wars with their neighbors; hence it has become what it is today.

Generally speaking, the East Gate is made from brick with a horizontal tablet carved with "Niangzi Pass" and there are battlements on it; the South Gate is made from limestone, and there stands a building named "Sujiang Lou" where two famous couplets were carved on both pillars.

In the front gate of the pass there is only one slope lying at an angle of 45 degrees that you can pass through.

'Water Curtain Cave" Waterfall is located 500 meters southeast from the East Gate of Niangzi Pass castle. What the local people call "Haiyan (the eye of the sea) Spring" is the biggest spring of all.

The waterfall has a drop of over 30 meters and is 10 meters wide. When the "Haiyan Spring" drops, there are foaming waves and thundering sounds. The spring water spews from the ground then drops from the nearby cliff of the "Haiyan Spring" into a river called Tao River, hence forming the "Water Curtain Cave" Waterfall.

You can travel to Niangzi Pass during the spring, summer, and autumn, but the best months to travel are May to November during which time there are no dramatic changes in weather making it quite suitable for travel. The mountains are not very steep in Niangzi Pass so you can climb them and have a leisurely time there.

How to Get to Niangzi Pass

There are railways to Niangzi Pass both in Shijiazhuang, Hebei Province and Taiyuan, Shanxi Province.

There is no suitable accommodation in Niangzi Pass, so it is advised that you should return to Yangquan the same day instead of staying there. The restaurants and food there are also quite simple, so it is recommended that you take your own food.

More Articles on the Great Wall of China 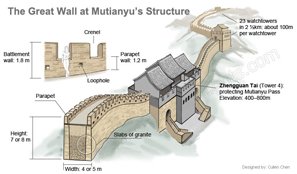 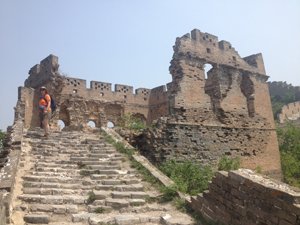 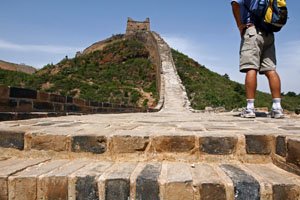 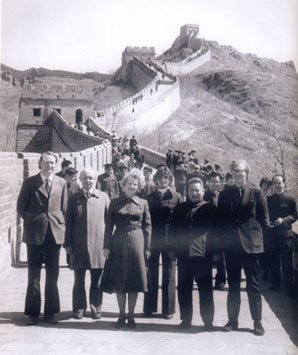