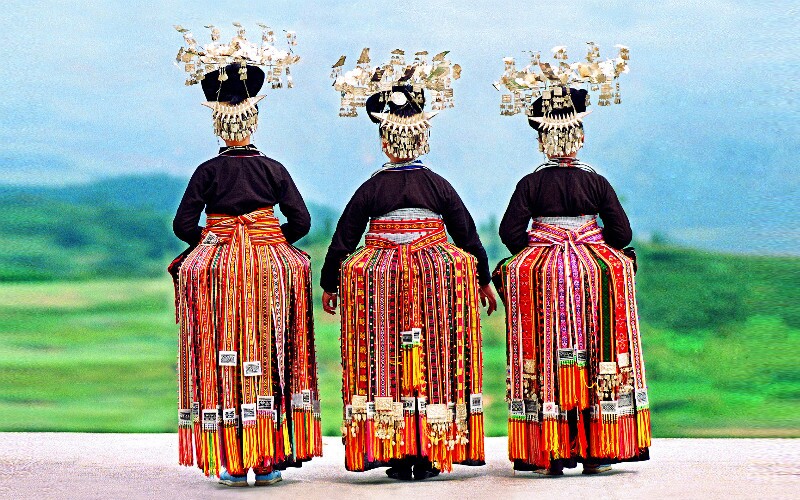 China is a vast nation boasting diversified nationalities and languages. With 56 ethnic groups, there are over 100 languages used in China, and there are countless local dialects.

On October 31st, 2000, the Law of Universal Language and Character of the People's Republic of China came into force, which stipulates Mandarin as China's universal national language. While Mandarin is spoken in distinctive dialects throughout China, standard Mandarin is mostly influenced by the Northern Beijing dialect. This is similar to how standard American English is influenced by the West Coast dialect. Beijing being the center of government in China accounts for its influence, while the actresses and actors of Hollywood set the American standard.

While written forms of Mandarin maintain a rigid standard across the country, the dialects of China vary widely in their pronunciation patterns. Of the other varieties of Chinese spoken by the many ethnic groups of China, the most widely used and well known are Cantonese, Hakka, Shanghainese, and Sichuanese.

Cantonese is common and influential in Guangdong Province, Hong Kong (together with English) and Macau (together with Portuguese), as well as numerous Cantonese-speaking overseas communities. In many countries' China towns, there are many Cantonese emigrants.

Hakka is widely spoken in Fujian Province, Taiwan Island, and some countries in Southeast Asia, such as Singapore, Malaysia and Indonesia. The Hakka people are believed to be a sub group of the Han Chinese of Northern China. Hakka Chinese is given special notice by Taiwan where the Ministry of Education names it as one of the official languages of Taiwan.

Shanghaihua or Shanghainese is the dialect spoken in Shanghai and the surrounding regions. Like many other dialects, its unique pronunciation is nearly unintelligible to standard Mandarin speakers. There is growing demand to learn Shanghainese as the city continues to become the commercial trading hub of South Asia.

Other Dialects in China

China is home to many other widely spoken dialects. The Gan dialect is spoken by an estimated 22 million people and is mostly common in Jiangxi province. Along with Xiang, Yue and Min, larger sections of China are full of a variety of different dialects spoken in certain geographical areas and by specific ethic groups.

Chinese is an ancient language and has such a wide base of native speakers it maintains a continual pattern of growth and development. The numerous dialects of China, while maybe causing a few minor headaches for the monolingual traveler, make for a rich and vibrant culture worth exploring.