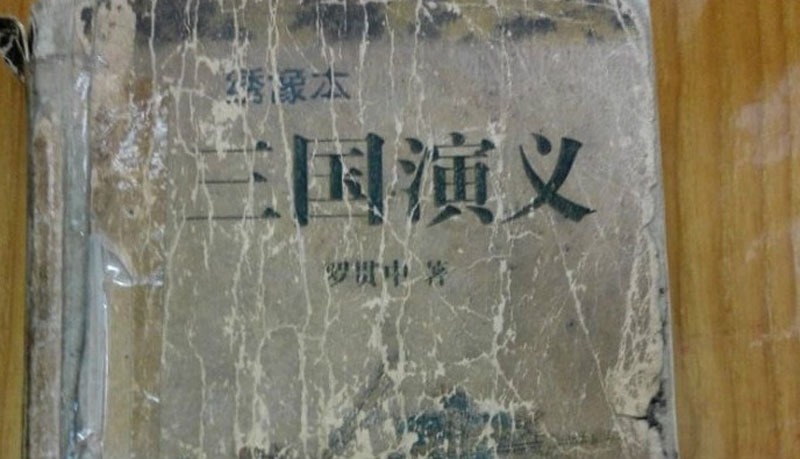 Four long fictional novels are usually thought to be the best novels in Chinese literature. What all four have in common is that they were written in a spoken language of their times unlike most ancient literature that was written in the literary Classical Language. Also, all four have disputed authorship. The four works were seminal for the development of Chinese societies in past eras. They were widely read by the literati and administrative rulers and contained philosophical ideas, history, and ideas about human society, family life, and politics that defined part of the world view of the literate and politically influential. Two of these, Water Margin and The Romance of the Three Kingdoms, are semi-historical, long novels sort of like War and Peace by Tolstoy for impact. The Dream of the Red Chamber was very highly regarded when it was published both in China and Japan and is reminiscent of a psychologically complex work like Dostoyevskiy's. Journey to the West is a mythology filled legendary account reminiscent of Odysseus. These four books are called the Four Great Classic Novels of China.

The first two of the four classic novels are traditionally and commonly thought to be written during the Yuan Dynasty (1279-1368). The Yuan Dynasty were Mongol tribesmen, and they headed the first large non-Chinese dynasty. Perhaps for this reason, the great literature and operas from that period were written in a vernacular language instead of the complex literary language. Water Margin and The Romance of the Three Kingdoms influenced the development of the genre and are still widely read now. The two novels set a standard for classical literary works.

The Romance of the Three Kingdoms

The Romance of the Three Kingdoms is a semi-historical work said to be written by Luo Guan Zhong. It is historical fiction about the lives and struggles of rulers and the wars at the end of the Han Dynasty and in the Three Kingdoms Period. The Han Dynasty had broken up into three big rival kingdoms. These kingdoms fought viciously. The big battles described are famous historical events. The novel describes the machinations, court intrigues, and the shifting alliances of the three kingdoms that emerged from the Han Empire. At first, the three kingdoms were led by Cao Cao, Liu Bei and Sun Quan. Special emphasis is laid on the two famous historical rulers Liu Bei and Cao Cao who were antagonists.

Historically, three kingdoms actually did divide up the Han Empire. But how much of the account is true and how much is fiction or untrue legend is debatable. There are accounts of ghastly deaths and of rulers dying after meeting avenging ghosts.

Actually, the authorship and the date the novel was originally written are also debatable. Chinese traditionally say that the novel was written by Luo Guan Zhong at the end of the Yuan Dynasty period (1279-1368) that would be about 1368 or so. But some scholars say that the book contains material that indicates that the book was written in the mid or late Ming Dynasty (1368-1644) or about two hundred years later. It could be that the earlier date is valid and that material or information was added by revisers. It is known that a major revision was published by Mao Lun and Mao Zonggang in 1522 during the Qing Dynasty era. They revised the structure and deleted a lot of material. So now there are two major versions: an older version that has about 900,000 words and the more popular 1522 version that has about 770,000 words.

In the book and in history, Cao Cao, Liu Bei, and Sun Quan were contemporaries who fought or were sometimes allies. They and their successors battled until the Cao Wei defeated the Shu Han. Cao Wei becomes the comparatively small empire of the Jin Dynasty.

Water Margin is about the lives and ideals of a group of characters who fought against the corrupt Song Dynasty that the Mongols conquered. It is said it was written in vernacular language by Shi Nai An, but scholars debate about the authorship of this book also. Many scholars think that the first 70 chapters were written by Shi Nai An and that the last 30 chapters were written by Luo Guan Zhong who they say was also the author of The Romance of the Three Kingdoms. It is considered to be of the top two best historical novels.

The Yuan Dynasty was founded by Mongols. They conquered the Song Dynasty and much of Eurasia, and the large eastern part of Mongol territory was ruled by a family known as the Yuan Dynasty. The setting of the novel is during the Northern Song Dynasty era before the northern part of the Song Empire was overrun by a northern tribe and before the Mongols conquered the whole area. According to evidence from other accounts, there may have actually been a group of about forty outlaws who lived in a mountain and who fought troops. Legends and tales developed about this group of people and became very popular during the Yuan Dynasty. During the Yuan Dynasty era, there was an earlier story written a group of about 100 men who successfully fought Song troops.

Water Margin is reminiscent of the story of Robin Hood. Likewise, there may have been actual outlaws, and popular legends and stories later grew. But Water Margin is probably more fictional and less historically accurate than The Romance of the Three Kingdoms. In the early tales or accounts, there were only about 40 outlaws, but the number in the band grew to more than 100. In the novel, the band fights the corrupt Song rulers. There are several versions of the novel. One version that has many more chapters than the others describes how the band gets amnesty from the Song rulers and battles their common foes for the rulers.

Journey to the West

During the Tang Dynasty, a Buddhist named Xuanzang left Chang An (Today's Xi'an)that was the capital of the Tang Empire to travel to India in order to collect scriptures and information. Chang An was near the mouth of the Gansu Corridor that was a part of the Silk Road route in northwestern China. He traveled though the Gansu Corridor and past the Flaming Mountains near Turpan. He was helped by Buddhists along the way, and spent about 13 years in India before he returned bearing Buddhist scriptures. This historic journey was retold in many legends and tales about an accompanying monkey. In the Ming Dynasty era (1368-1644), the fantastic tale was written, and it is regarded as one of the four best novels.

The long tale about a fantastic journey to the west of a group that went to India was written at a time that the Silk Road land routes were blocked by Mongol and Muslim countries. Perhaps one of the reasons the novel was popular was that people during the Ming era wanted to travel to the west, but they couldn’t. The latter Ming Dynasty was isolationist.

In the novel, a great intelligent monkey and a small band of characters protects a defenseless monk during his journey. Buddha commissioned the monk to help India that had fallen into gross sin and immorality. The monkey and other characters have magical skills. Cartoons and movies about this group of characters are popular with children.

Journey to the West is thought to have been published anonymously by Wu Cheng'en in the 16th century though scholars have doubt about the authorship. The trend during his era was for people to write in Classical Chinese and imitate the literature of the Tang Dynasty and Han Dynasty, but this book was written in a vernacular language of his era.

The Dream of the Red Chamber

The fourth major novel that made an impact on Chinese history and literature is The Dream of the Red Chamber. It was the last of the Four Classic Novels to be written. It is about the fortunes and lives of the people of two branches of a clan in the Qing Dynasty (1644-1911) era. The two families had adjacent compounds. It is sort of like a soap opera novel like the TV series Dallas. However, it is said that much of it actually happened. It is appreciated because it gives a view into the lives of two ruling families of that time. One of the members of the clan was made a concubine of an emperor. But then the imperial court turned against the two families.

The book was first printed in the late 1700s during the Qing Dynasty (1644-1911). It also has an uncertain authorship. Like the other three great classic novels, it was written in a vernacular language – the Mandarin language that was the language of the Qing capital. It is probably mostly composed by Cao Xueqin (about 1715-1763) in the middle 1700s. It is thought that Cao did not live to see the first printing. It is thought that another person or other people contributed the ending of the story since the original ending of the story was lost. The book has a lot of textual problems, and there are different versions. In a preface to a printed version in 1792, two editors claimed to have put together an ending based on the author's working manuscripts that they had bought from a street vendor.

This book was very popular in both China and Japan. It still is. And the plots and characters are studied and analyzed. The textual problems of the novel are extremely complex and have been the subject of much critical scrutiny and conjecture.