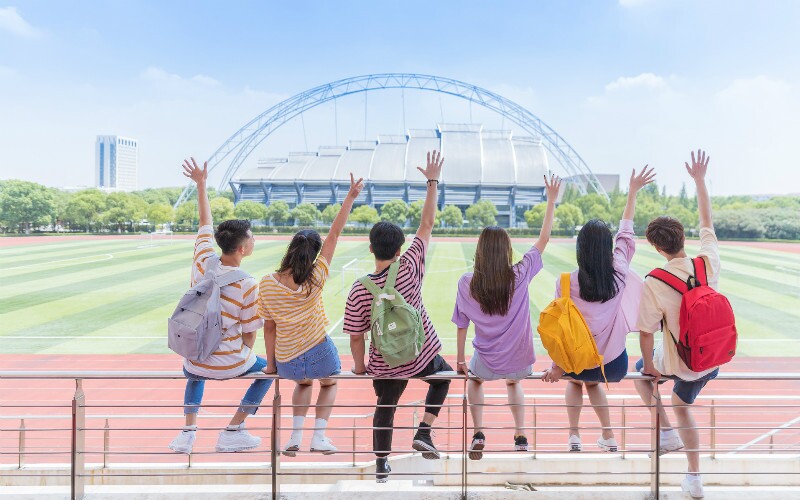 To serve the needs of over 1 billion people, China has developed a vast and thorough state administered public education system. The Chinese education system offers schooling from pre-school to graduate school and mandates that every child receive a basic education.

However, with such a large population, there is extreme pressure put on the students to excel, as space in the best senior secondary schools and universities are limited. Students who desire higher education must take two very difficult tests, each only offered once a year.

The Ministry of Education

The Ministry of Education, headquartered in Beijing, is the state department responsible for the education system in China. In their mission to "modernize China through education", they certify teachers, standardize textbooks and curriculum, and enforce national education standards.

The Law of Nine-Year Compulsory Education

The Law of Nine-Year Compulsory Education took affect July 1, 1986 and established deadlines and requirements in an effort to attain a universal education for all school aged children. The law requires that all children attend school for a minimum of nine years.

Although the bill authorizes tuition free education for the compulsory nine years, this remains a target rather than a reality. The government does work to reduce the cost of tuition and supplies and also provide stipends for poor families.

History of the Modern Education of China

The elder statesmen from the Revolution of 1911, He Ziyuan (1865-1941) and Qiu Fengjia (1864-1912), successfully established some Western-style schools, such as Yunandong Primary School (in 1885), Tongren School (1888) and Xingmin School (1903) in Guangdong Province in the late 19th century, symbolizing the birth of Chinas modern education.
Under such a great pressure, the Qing government carried out a series of reforms on education, and abolished the old-fashioned imperial examination system and then established modern schools across the nation in 1905. It was not until 1909 that the local civil service examination system was completely terminated; instead, the Western-style schools sprung up all over China, which fostered numerous talents for the Republic of China (1911-1949).

Since the foundation of the PRC in 1949, the Chinese education system has been modeled on the Soviet Unions education system (a ‘spoon-feeding education system), and a number of comprehensive universities were established one after another in China. Owing to many industrial and technical talents badly needing to set up a complete modern industrial system at the beginning of the foundation of the PRC, the former comprehensive universities were divided into vocational and technical colleges by the Chinese government; at the same time, the college entrance examination system had been established by 1955. It was canceled later owing to the Cultural Revolution (1966-1976) which was started by Mao Zedong (1893-1976). The Cultural Revolution wasted the talents of a whole generation, leaving millions of students with a lost opportunity to get educated. The intellects were not venerated by the society during the Cultural Revolution, and they met with severe persecution and their properties were confiscated; they were even branded the “stinking ninth category” (a term of abuse by ultra-Leftists for teachers and other educated people in the 1966-1976 Cultural Revolution, next to landlords, reactionaries and even spies).

It was not until 1977 that the college entrance examination was resumed by Deng Xiaoping (1904-1997). Though education for all-round development has been put forth since 1995, the learning pressure for the Chinese students has never been alleviated, and the number of continuation classes for them are increasing year by year. The college enrollment expanding policy has been implemented since the 1990s, enabling numerous students to realize their dream of going to college, however, the employment outlook looks gloomy owing to the higher pressure of competition.

The education fee has rocketed rapidly in recent years owing to the policy of industrialization of education, which is a heavy burden for the families from rural areas to bear. Great changes have taken place in the Chinese education system since 1990, and the Chinese central government has allowed private capital to enter into the field of education. A large number of private schools have sprung up across China in recent years, making the tendency of selecting schools for students more and more popular.

The modern education system of China is composed of three parts: pre-school education, basic education and higher education. The Chinese government made a law for a free nine-year compulsory education (six years of primary education and three years of secondary education) on July 1, 1986, which established the requirements for attaining a universal education and guaranteed school-age children the right to receive at least nine years of education. Its considered to be a crime for the parents to deprive their children of this right in cities of China.

Schools in China are divided into four levels.

The elementary school education usually starts at age six and ends at age 12, and the pupils are absolutely tuition-free under the law of the nine-year compulsory education. As a result, they usually prefer to attend a primary school in their own village for convenience.

The junior high school education usually starts at age 13 and ends at age 15. There are three ways for pupils to enter junior high school from elementary school in cities: by a computer aided allocation system, by selecting a school and by the proximity principle.

Computer aided allocation means the pupils are randomly distributed to a junior high school, which is comparatively equal for everybody. Most parents would rather select well-equipped schools (both in hard and soft infrastructures) for their children although they would need to pay some extra money. The proximity principle means the pupils prefer entering a junior high school in their neighborhood.

The curriculum of junior high school consists of Chinese, math, English, physics, chemistry, history, politics, geography, biology, PE, IT (information technology), music and drawing, which is also combined with practical work experience around the school. The students whose final grades of all subjects are above 60 are allowed to graduate from junior high school and are admitted to senior high school, and those who fail it will stay down at the same level for one year.

The senior high students are overloaded with studies and a lack of rest, with the aim of passing the college entrance examination held in June each year.

The Top 10 Universities of China have been well selected according to their comprehensive strength (both in hardware and software) by China Education Ministry in 2013, which are listed as follows: