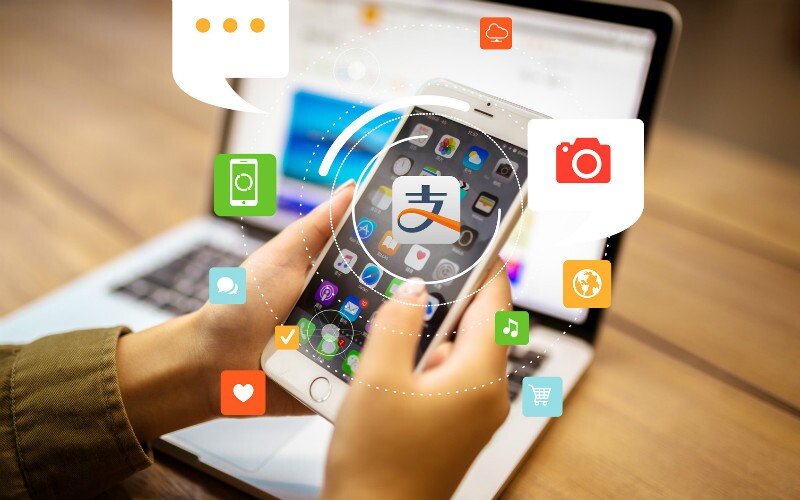 How to Deal with Culture Shock in China More Easily

How to Deal with Culture Shock in China More Easily

"Where did he go to get our food, China?" It is not only distance that sets China apart from many other countries, it is also the culture, and because of this, culture shock is a real and overwhelming part of visiting this ancient country.

Here are some tips and information that will help you dive in once you depart on your adventure to one of the most culture-rich and diverse countries on earth, where you can go from a majorly developed city to an ancient township in a few short hours.

Poverty is one of the main differences you will notice right away. If China is one of the first developing countries you have visited, this may come as a shock.

When you are in tourist areas, you may find beggars who are pushy and desperate. In addition, public areas may not be very clean, and you will see many people picking bottles and recyclables out of trash cans. More on Developing China.

This could be one of the most frustrating aspects when you first arrive in China. At the core of every society is communication, but the majority of Chinese do not speak enough English for you to get your point across.

Get ready to use your best charades skills when at restaurants, asking for directions and at tourist locations. It is also a great idea to download a translation app on your phone for situations like these.

In addition, the common volume of conversation in China is much louder. While you may think a group of people may be fighting at the table next to you, they are probably just discussing how good the food is.

Last but not least, if you are taking a taxi, it is good to have the address of your destination pulled up in Chinese on your phone or written down. If the cab driver is confused, he will more than likely refuse to give you a ride.

Fried snacks offered in a food street in Beijing

There is an abundance of food in China that is different in every region and even district.

While you may have loved ordering Chinese back home. Finding menus in English is also few and far between and many of the dishes may be unrecognizable.

If you have special dietary restrictions, it is important to explain these to your tour guide or have these restrictions written in Chinese so you can show your waiter.

Aside from this, the food in China will more than likely be one of the highlights of your trip, so you want to try certain cuisines (the big Chinese cuisines, or the ethnic minorities' cuisines), let your tour guide know.

While everyone knows that China tops the world when it comes to the size of its population, this does not become a tangible thought until you step out of the airport and make your way into the city.

China’s traffic is a beast of its own. Although it may seem extremely dangerous at first, due to constant traffic, most drivers react very quickly to sudden changes and know how to navigate even the toughest traffic jams. Check out our article on manic traffic for more insight into Chinese traffic.

Aside from traffic air pollution and smog will also assault the senses. While the media may make it seem that China is constantly engulfed in a sea of smog, there are good days and bad days.

On bad days it is a good idea to wear a mask, and in severe cases, you may want to change your itinerary to something indoors. See more details on China weather pages.<

However, China has been focusing efforts on pollution alleviation. Starting on October 1, 2018, emission restrictions to be strictly implemented in heavy-polluting sectors were put in effect, and in November 2017, PM2.5 levels in Beijing had dropped 54 percent compared with five years ago.

As we mentioned before, China has a lot of people, and it is necessary to brace yourself for this change, especially children as they might get overwhelmed.

Also, certain features such as light skin, blonde hair, and blue eyes or being especially tall, will attract a lot of staring and even multiple requests for pictures.

These stares are never meant in a bad way, many people are just curious as you may be the first foreigner they have seen with these features, especially in tourist areas where local visitors may be from more rural areas of China.

When in smaller cities or the countryside, do not be surprised if people come toward you or make it very clear they are talking about you. Again, you may also be flooded with requests for pictures.

People are also especially interested in Western kids, so it is important that you prepare your children by explaining to them ahead of time what might happen and help them if they begin to feel uncomfortable with the attention.

A (nice) squat toilet in China

This may be one of the biggest issues for those traveling, and it is very important to prepare yourself for this aspect of China.

Many toilets in China will not live up to the standards of those back home.

While you can find Western toilets in some restaurants and malls in more developed cities, most you will find will be squat toilets, and it will take a while to get used to them.

It is important to note, that many public toilets in China do not provide toilet paper, so you should always carry around your own tissue and even hand sanitizer as some may not have soap in the hand-washing area.

On the upside, you will never be at the loss for a toilet as public toilets can be found almost around every corner.

Another positive is that things are starting to change as China’s President Xi Jinping launched a “toilet revolution” in 2015, with more than $3 billion going into renovating 68,000 public bathrooms.

However, in rural provinces, it isn’t uncommon to see children peeing and sometimes even pooping on the streets. Youngsters wear “split pants” for the exact purpose to do this more easily.

See How to Use a Squat Toilet in China.

Spitting is an issue. Many Chinese can be seen coughing up phlegm on the streets, which is attributed to air pollution and heavy smoking habits, as well as the traditional Chinese belief that “out is better than in.”

Whatever the cause, the first time you hear it, you may be mortified. Just remember there is no point scowling or getting angry because this is the norm in China.

Realizing there is no baseline for “correct” habits goes a long way to making your trip in China smooth.

Burping is also common and unrestrained and considered a sign of appreciation at meal times in addition to slurping or “smacking” one’s food.

Smoking is very common in China, and while larger cities have had a smoking ban in public places for a few years now, many people still smoke indoors throughout the country, even in Beijing.

Although the situation is changing, people will still smoke in restaurants and bars frequently, and even in lifts and toilets, putting their cigarettes out on the floor. If you feel uncomfortable with the smoke in any situation, just tell your tour guide.

The same goes for many of the trains, where people will smoke in the spaces between carriages, although the bullet trains are much better for comfort and hygiene in general

Personal space is much less or non-existent in China.

Behaviors on China’s subways, busses, trains, roads and sidewalks will be much different than what you are used to at home, and even after living here for a long time, rush hour can still make one’s blood boil.

In the Chinese culture, people are not taught to queue in the same way as in the West, and patience is not a virtue or even a thought on public transportation.

On top of that, personal space has little to no meaning in China. This could even give a saint a run for their money.

When getting on and off public transport, people push in before you can get off, and it is not uncommon to have someone who is neither embarking nor disembarking standing right in the doorway blocking everyone.

During rush hour, which is just before 8 am through to 9 am in the morning and starts promptly at 6 pm in the evening, people will squeeze so tightly into a subway car there is barely room to move.

This not only impacts public transport, but also the streets and even tourist attractions. If you have claustrophobia issues or don’t want to feel like a sardine in a can, it may be best to avoid certain areas during the rush hours and peak times. We can help you choose quieter times and routes for the attractions.

If you are arriving during a Chinese holiday, be prepared to wait, and don't be surprised if you find yourself getting closer than you would like with strangers while waiting in line or feel a little shove. Just remember, this is a cultural difference and one to be aware of before venturing into China's sea of people. See more on 8 Mistakes That Will Put You in a Sea of Chinese Tourists.

Touring China for the First Time

The above itineraries are customizable, but if you are looking for something particularly unique we can create your own trip. Our experience and planning will mean that China is not so much of a shock, and more of a pleasure. Learn more about our China tours.