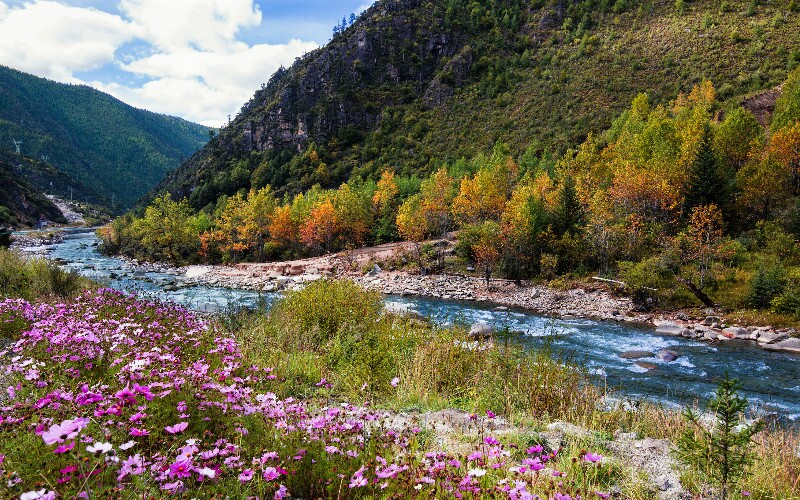 10 Most Beautiful Mountains in China

China is a vast country with many mountains. Some are scenic and magnificent, while some are related to religion and culture. China Highlights has listed the following most famous mountains in China, including four Buddhist mountains. 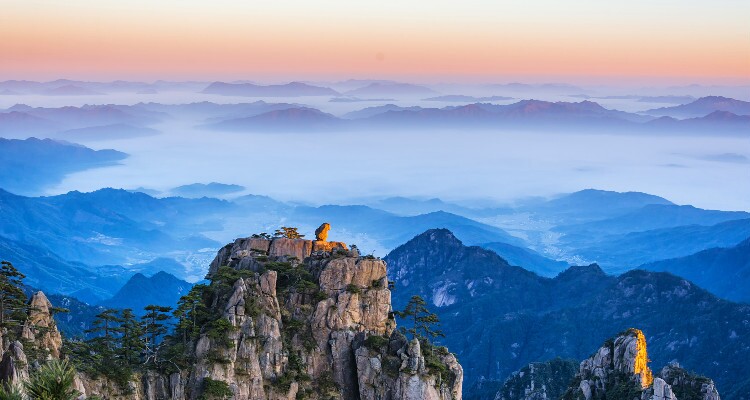 It is said the Yellow Mountains is the place where the Yellow Emperor, the mythical ancestor of the Chinese, lived, refined precious medicines and became a supernatural being. Outstanding natural beauty is Huangshan's number one feature. The glow of the sunrise and sunset draws the crowds to popular viewing spots.

The villages nearby such as Hongcun Village were once considered to be the utopia of ancient China. Villagers have diverted water into "house gardens" and "water yards", which exist only in this village. The village, in its breathing-taking setting, looks like a Chinese painting. Canola flowers in spring can be the icing on a cake. 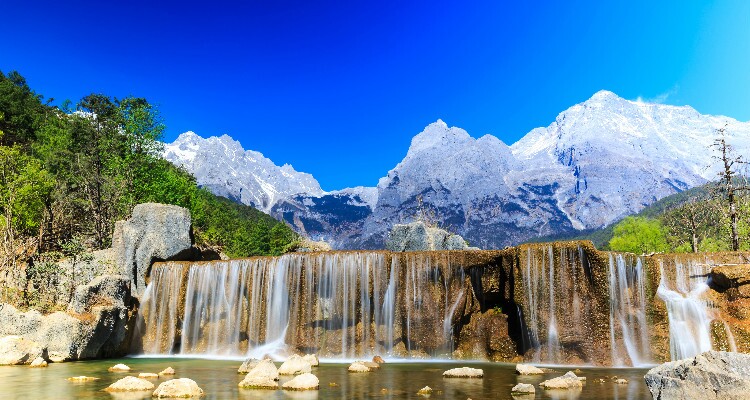 Glaciers, canyons, waterfalls, and colorful azaleas blooming at different elevations, not to mention its snowy summits, make up the most beautiful scenery of the mountain. Its main peak, Shanzidou, 5,596 meters (18,359 feet) above sea level, has not yet been conquered.

Jade Dragon Snow Mountain is a popular hiking destination. Skip the cable cars, and ascend the lofty mountain step by step to get close to its beauty and feel its awesomeness.

You will cross a grassland and go through a forest to get to a meadow at the southern foot of the mountain range.

You could find cows in the forest. And if you are lucky, you will see yaks on the meadow. From March to May, the slopes are covered with azalea flowers.

3. The Three Mountains of God 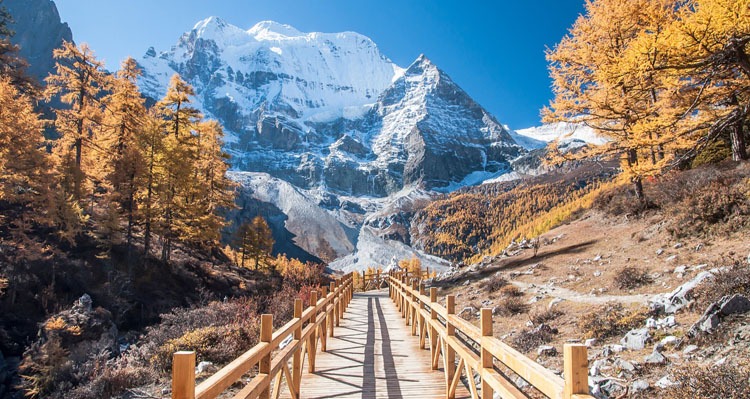 The Three mountains of God is the most attractive attraction in Yading, Daocheng. It is one of the 24 holy lands of Buddhism.The sun on the plateau, snow on the sacred mountain, and the pure blue sky will refresh your heart.

These mountains are very holy to the Tibetan people who believe that their wishes will come true if they make pilgrimages three times to these three sacred mountains. 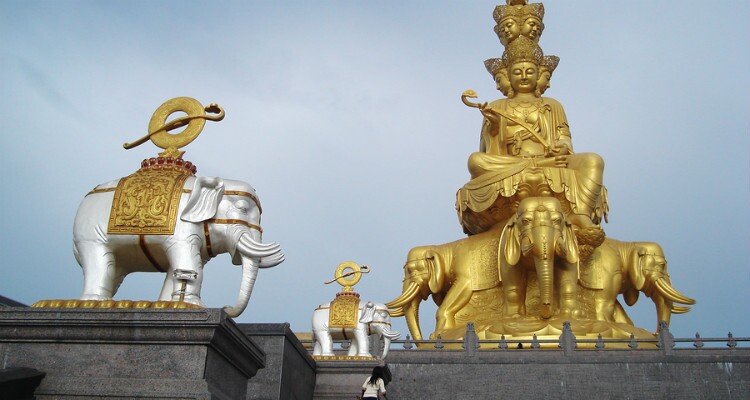 The Gold Summit of Mt.Emei

The mountain enjoys great popularity among Buddhists in China. Every morning streams of Buddhism pilgrims armed with joss sticks conquer the steep stairs of the mountain and swarm into the countless temples. The numerous monkeys on the mountain are also a notable feature.

For culture and musuem lovers, Sanxingdui Museum in Chengdu is also an ideal place to pay a visit. You could witness rare treasures only seen in China and discover Sanxingdui’s “Alien” civilization. See 1-Day Chengdu Tour for Pandas and Sanxingdui Museum 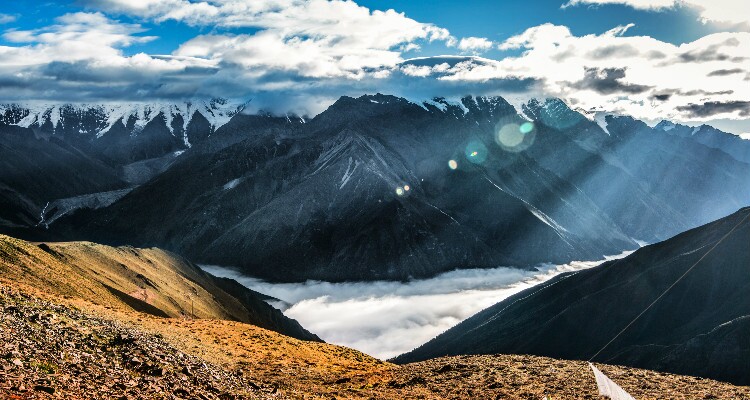 Located in Kangding, Mount Gongga (or Minya Konka in Tibetan) is the highest mountain in Sichuan.Mount Gongga is famous for its glaciers. Eroded by glaciers, the steep peaks have a pyramidal shape and tower into the sky.

The most attractive scenic spot is Hailuogou. Hailuogou is located on the east slope of Mount Gongga. It is the only glacier and forest park in China.

Crystal clear glaciers pour down from the high valleys. Huge ice caves and steep ice bridges make it seem as though you are stepping into a crystal palace in a mythical world.

You could travel across time and space to the "Ice Age" and enjoy a hot spring hidden in a  valley. 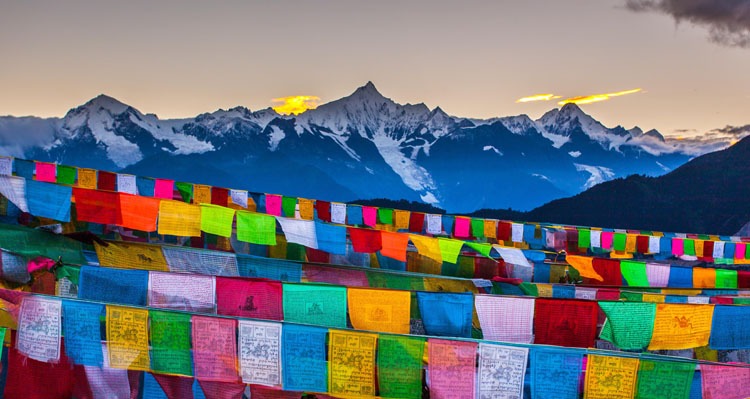 The Meili Snow Mountains, also known as the Prince Snow Mountains, are deep in the Tibetan Plateau foothills in Deqin County Town. The area is a land of pilgrimage for Tibetan Buddhists. In the 1930s, they were praised by American scholars as “the most beautiful mountains in the world”.

The golden sunrise on its dramatic snow-capped peaks is a must-see for most tourists. Against the backdrop of the dark-blue sky, the sunrise is considered very holy and is astonishing.

In addtion, you could discover the Tibetan lifestyle in the wrinkles of the mountains, paint your own tangka (a kind of Tibetan painting), and enjoy a hike in a forest.

All our tours can be customized. Contact us to create a trip for your spring break according to your group size, time, budget, interests, and other requirements.

The word "tai" in Chinese means stability and peace and the name Tai'an is attributed to the saying: "If Mount Tai is stable, so is the entire country". Many ancient Chinese emperors performed mountain worship ceremonies on Mount Tai. It is said to be the first and foremost thing for emperors to do when they ascend to the throne, because Mount Tai is seen as the symbol of the county's peace and prosperity. 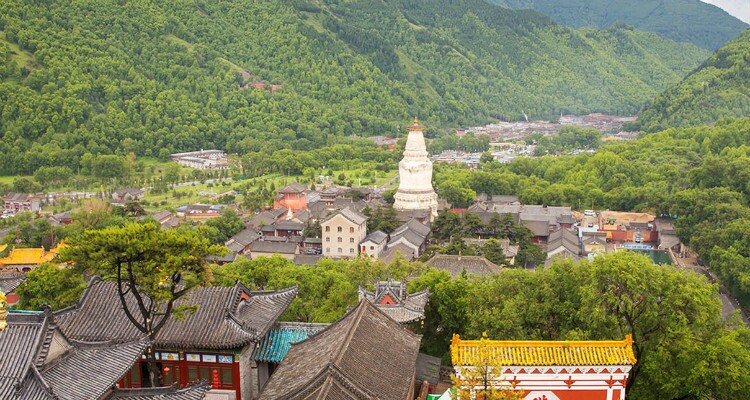 Mount Wutai has an abundance of smaller peaks - many odd-shaped - rock outcroppings, steep cliffs, and beautiful caves, ponds of various sizes, bubbling springs and spring-fed streams. Many temples on Mount Wutai have, as an extra feature, pagodas. These vary in material from wood to brick to iron to stone, including more exotic materials such as glazed glass and crystal glass. 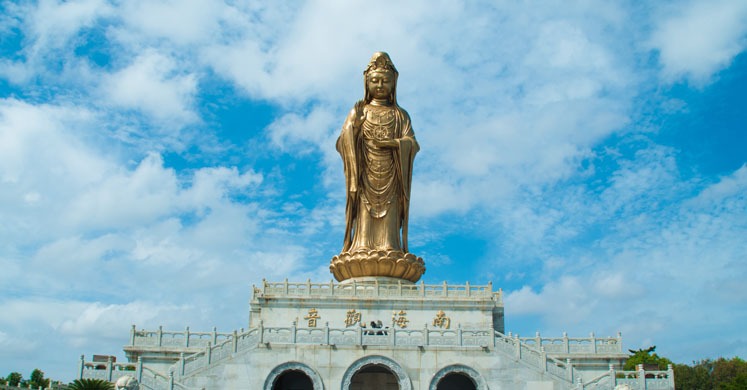 There are fantastic vistas of the surrounding seascapes from Mount Putuo. It is home to the most famous Guanyin (a Bodhisattva) temple in all over China, and a 33-meter-tall Guanyin statue. It has many beaches among which Hundred Step Beach and Thousand Step Beach are the two major ones with facilities such as deckchairs, parasols and water activities.

Literally meaning "Nine Glorious Mountains", Mount Jiuhua is home to ancient caves, waterfalls, old pines, streams and exuberant growths of bamboo. Within the richly variegated landscape, many ancient temples and nunneries nestle on the mountain. Pious Buddhists often climb to Greater Tiantai peak, which is regarded as the most important, although it is not the tallest of Mount Jiuhua.

If you are planning to travel to these beautiful mountains, please see our most popular tours below for inspiration.

Not interested in the above tours? Contact us to tailor-make a tour according to your requirements. Or check out our China Hiking Tours.

travel guide Top 6 Places to Visit in August in China