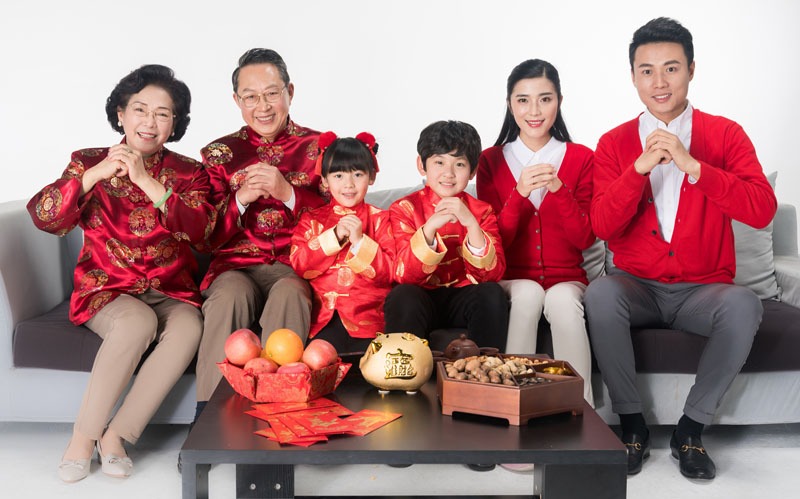 Lunar New Year is a time-honored festival celebrated by multiple countries in Asia, and it is increasingly popular in some Western countries.

More than 1.5 billion people celebrate Lunar New Year each year with colorful traditions and activities to welcome a new year and wish for luck and prosperity. Here are the top 10 things you should know about Lunar New Year:

1. Lunar New Year is the observance of the start of a new year in a lunisolar calendar.

Lunar New Year is a festival that marks the first new moon of the lunisolar (according to the moon and sun) calendars traditionally used in many East Asian countries. The festival signals the beginning of spring, and it is a time to bid farewell to the old year and usher in a new year.

3. Lunar New Year is celebrated in most East Asian countries.

Lunar New Year is traditionally celebrated in Asian countries especially in China and others influenced by Chinese culture like Vietnam, South Korea, Singapore, Malaysia, Thailand, Japan, Philippines, and Indonesia. It is also celebrated where Chinese communities and those countries' overseas communities can be found.

Lunar New Year may be called different names in different East Asian countries and communities, but it is usually celebrated on the same date with similar celebrations.

The date of Lunar New Year is decided by the (Chinese) Lunar Calendar, which is based on cycles of the moon and sun and is generally 20 to 50 days ahead of the Gregorian (internationally used) calendar. In 2023, Lunar New Year will fall on January 22. Click to see more about when Lunar New Year falls.

5. Each lunar year corresponds to one of 12 animals.

The Chinese lunar calendar follows a 12-year cycle and each year is represented by one of the 12 animals that form the Chinese zodiac. In order, they are the Rat, Ox, Tiger, Rabbit, Dragon, Snake, Horse, Goat, Monkey, Rooster, Dog, and Pig. Every Lunar New Year ushers in a new animal-signed year.

Chinese astrology is based on the Chinese zodiac. Find out your animal sign and get to know its horoscope, personality, love compatibility, and more.

6. Lunar New Year is known as Spring Festival in China.

Though in winter for most of China, Chinese New Year is popularly known as the Spring Festival in China. Because it starts'Beginning of Spring' (the first of the 24 solar terms, which are named after seasonal changes in nature/weather) and marks the end of winter and the beginning of spring.

7. Lunar New Year is a season of taboos and superstitions.

It is believed that there are many things you should not do or else you may incur bad fortune. These include: avoiding washing hair and clothes (as it washes good fortune away), only say happy things and avoid saying unlucky words like 'death' and 'sickness' (as they invite curses), avoid wearing black or white (which are associated with mourning), and don't cry or let anyone else cry (as it invokes sadness in the coming year).

See 18 Things You Should Not Do during Lunar New Year.

8. Lucky food is the most important part of the Lunar New Year celebration.

People prepare a variety of traditional dishes that have symbolic meanings. They are more than mere dishes; they're symbols of luck and prosperity.

For the New Year's Eve feast, fish is an indispensable dish as the pronunciation of 'fish' in Mandarin is yú, which is the same pronunciation as 'surplus'. Thus, eating fish invokes an abundance of food or wealth.

On the first day of the Lunar New Year, people eat long noodles to symbolize a wish for longevity. We have much more about lucky food for Lunar New Year.

9. Lunar New Year is a festival rich in traditions and customs.

The preparations start as early as a month beforehand, including 'sweeping of the home' to sweep away any misfortune and bad luck and putting up red couplets for good luck.

The highlights of celebration come on New Year's Eve and the first day of the Lunar New Year: giving red envelopes (hongbao in Mandarin, lai see in Cantonese, or lìxì in Vietnamese) to children and anyone who's unmarried as a way to send good wishes, setting off fireworks and firecrackers to ward off the legendary ancient monster called Nian, and performances of dragon dances and lion dances.

See more on how to celebrate Lunar New Year.

Chinese New Year is the most important festival for Chinese people. People enjoy a weeklong or longer holiday. It is marked by time off work and school, family visits, meals together, and traveling in recent years.

In 2022, the public holiday is from January 31st to February 6th. Ahead of the holiday, millions of people travel from far and wide back to their childhood homes for family reunions, which results in the largest human migration on the planet known as chunyun — 'spring migration'.