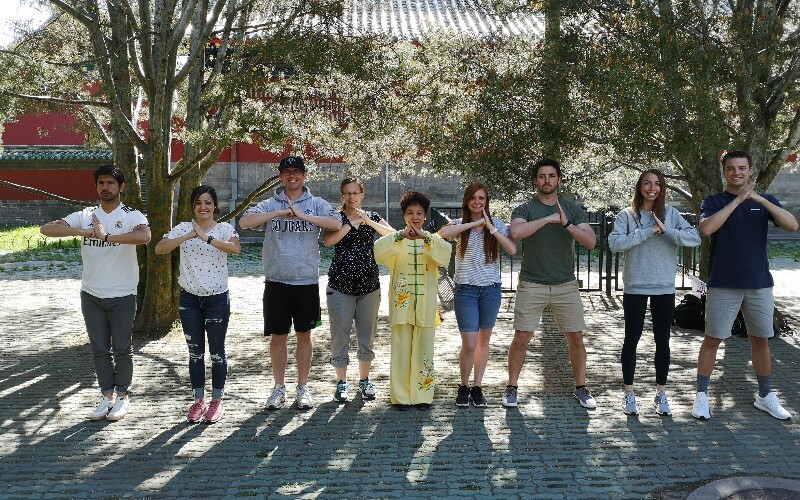 Chinese kung fu has long been one of the most prominent symbols of China. As many who are interested in China are also curious about kung fu, we have answered the six most commonly asked questions below.

1. What is Chinese Kung Fu?

Chinese kung fu, also known as Chinese martial arts, refers to hundreds of fighting styles that have developed in China. It is the quintessence of Chinese culture. The word “kung fu” (功夫 gōngfu) in Chinese also means 'effort', 'skill', or 'art'.

2. How did Chinese Kung Fu originate? The rudiments of Chinese kung fu developed from combat theory like The Art of War and Taoist exercises like qigong in the late Spring and Autumn Period (771–476 BC). Gradually, systems of martial arts training developed according to experiences of combat.

Many believe that Shaolin kung fu was shaped by Indian Buddhist theory. Indian monk Bodhidharma is said to have spread Chan Buddhism to the Shaolin Temple around 527 CE, as well as a series of physical exercises considered to be the start of Shaolin kung fu.

3. How many styles does Chinese Kung Fu have?

There are estimated to be hundreds of styles of Chinese kung fu.

Kung fu is an umbrella term that covers all Chinese martial arts styles. Even in a martial arts category, like tai chi, there are still different schools. Absolutely not, most Chinese people haven't learned Chinese kung fu at all.

For foreigners who travel to China for the first time, it may seem that people do tai chi everywhere in China, especially in parks. But for these mostly old citizens, practicing tai chi is just a physical exercise like square dancing, not real kung fu.

In China, only a percentage of a percent of a percent of people learn kung fu to master it for fighting. Many more learn just out of interest, for self-defense and keep-fit, or for acting.

So, the stereotype that most Chinese people are kung fu masters is a little shy of saying that most French are Michelin-rated chefs.

5. What are the differences between Chinese and Japanese martial arts? 6. What are the usual kung fu weapons? Enjoy a kung fu show in Beijing, practice tai chi with the locals on Shanghai's Bund, visit the Shaolin Temple and meet the monks who practice kung fu… If you want to learn more about kung fu, let us know and we will tailor-make your trip.