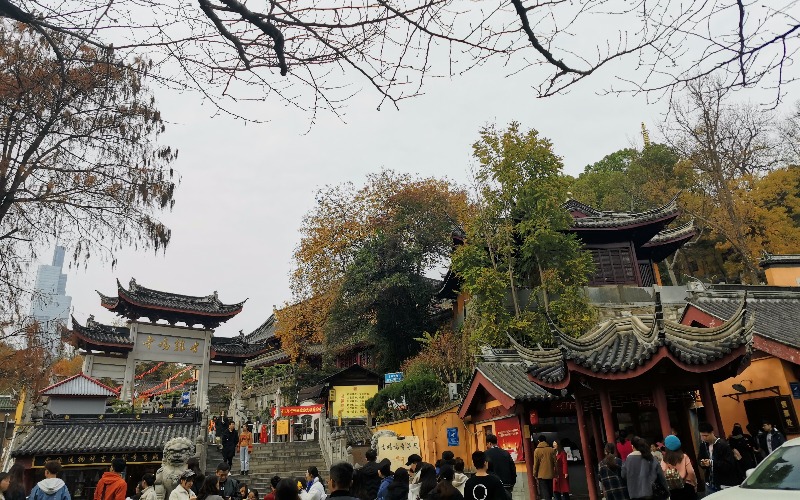 The Nanjing Railway Station was opened in October of 1968. The new building was built in 2005 and is spacious. The station has conventional lines and a bullet train line. It is affiliated with the Shanghai Railway Bureau, and it is ranked first-class. Nanjing Railway Station has 10 tracks in total. Among the 10 tracks, there are 2 main tracks which are also called passengers lines, 5 arrival and departure tracks, 1 locomotive track and 4 train compartment storage tracks. There are 4 station platforms, and each measures 500 meters. The station sits next to the subway line and is just north of a big lake with a park. Several lines meet at the station such as the Jinghu Railway (from Beijing to Shanghai) and the Hening Railway (from Hefei to Nanjing).

The first floor of the Station Building has a Luggage Office in its western end; the Ticket Concourse in its middle and the soft-seat VIP waiting area in its eastern end. In the second floor, there are the Entrance Concourse, the General Waiting Room, the Mother-and-child Room, the Servicemen Waiting Room, and a "158" office where people can seek help, including medical help. In the third floor is the General Waiting Room. For passenger convenience, the station building is equipped with 18 escalators, 4 lifts and 10 elevators (7 for disabled people and 3 for goods).

The station has an Automatic Storage Machine area, ATMs and Mobile Quick Charger Equipment for the convenience of passengers. There are special ticket services for the disabled people, foreigners, and groups. There are medical service centers and rooms for VIPs.

How to Get to Nanjing South Station from Nanjing Station

By subway: after getting off the train, go straightly down to the -1F to take subway line 1 or line 3 directly from Nanjing Railway Station to Nanjing South Railway Station. The journey takes around 40 minutes.

How to Get to Lukou Airport from Nanjing Railway Station

By shuttle bu: walk 2 to 3 minutes to the east side of South Square, take shuttle bus from the station to the airport. The whole journey takes around an hour and 20 minutes, with the cost of 20 CNY (USD 3).