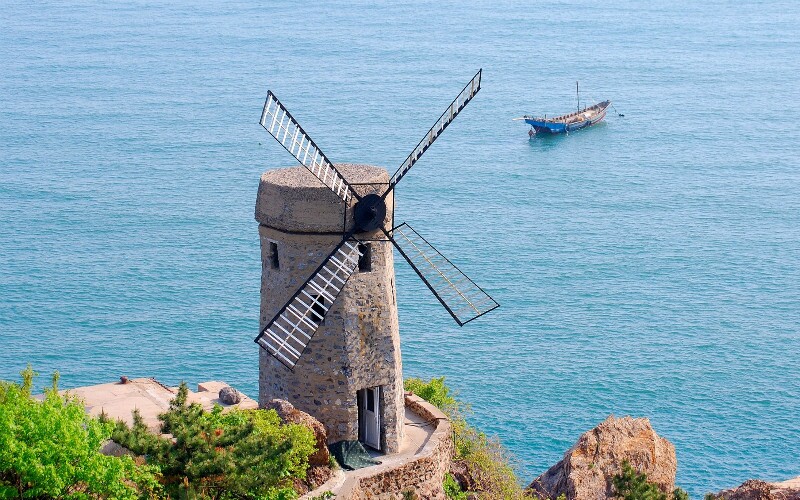 Located by the Bohai Sea and the Yellow Sea, Dalian has a monsoon-influenced humid continental climate with ocean climate features. It is the warmest city in Northeast China. The weather is pleasant with four distinct seasons, and the summer is not too hot, winter not too cold. The yearly average temperature is 10 °C (50 °F). The hottest month is August, with average temperature at 25 °C (77 °F), and the coldest month is January, with average temperature at -5 °C (23 °F). The annual precipitation of Dalian is 1000 mm (39 inches), and 60-70% of the rainfall is concentrated in summer, with frequent rainstorms and night rainfalls.

Dalian is suitable for traveling all year round, though the peak period is from May to October. During this period there are many festivals, such as Dalian International Fashion Festival in September and Dalian Beer Festival in August.

Spring is from March to May. The weather warms up quickly from winter. The average temperature is about 15 °C (59 °F). It is generally dry and clear. Prepare jacket, sweater, long-sleeve shirt and long pants.

Summer is from June to September. It is the rainy season, with hot and humid weather. It is relatively cooler than cities in South China. The hottest month is August, with average temperature at 25 °C (77 °F). There are only a few days when the highest temperature hits 34 °C (93 °F). This is also the high tourist season, with many festivals and events, such as Dalian Import and Export Fair in May, Dalian Beer Festival in August and Dalian International Fashion Festival in September. Since summer is the rainy season, there are frequent rainfalls, most of which happen at night. Prepare any summer clothes, such as shorts, skirts, T-shirts, sandals, hats, sunglasses, and umbrella.

Winter is from December to early March. It is cold, dry and windy, with occasional snow. Dalian is a relatively warmer place in Northeast China. The average low and high temperature is respectively at -4 °C (25 °F) and 3 °C (38 °F) in December, -7 °C (19 °F) and 0 °C (32 °F) in January, and -6 °C (22 °F) and 2 °C (35 °F) in February. During the Spring Festival around February, there are lantern shows and firecracker festival held in Dalian. Prepare warm winter clothes, such as down jacket, thick sweater and gloves.