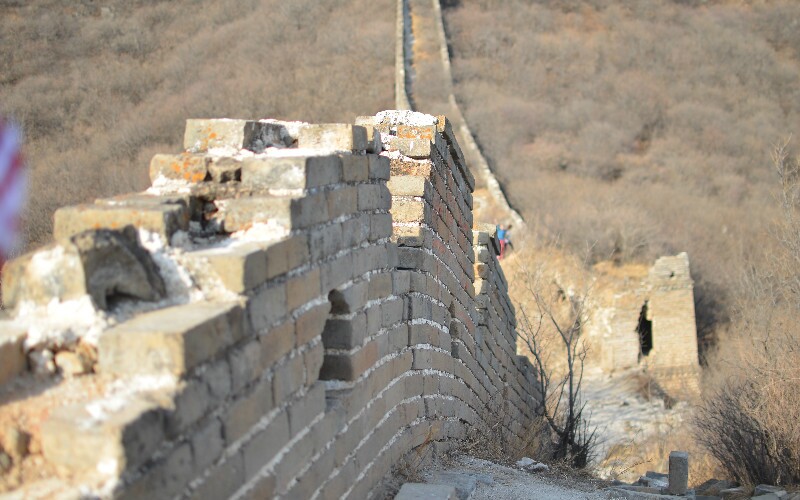 The Great Wall of the Qin Dynasty

The Great Wall of the Qin Dynasty starts at Lintao (Min County, Gansu Province) and ends at the east of Liaoning Province, stretching for over 5,000 kilometers (3,107 miles).

Based on the previously built sections of the Great Wall from the State of the Qin, and the states of Zhao and Yan, a barrier was linked across China's northern border.

About the Qin Dynasty

A very important dynasty in the history of China, the Qin Dynasty (221–206 BC) evolved from the victorious State of Qin of the Warring States Period, and it was the first dynasty to really unify China. The Qin Era was short however, due to harsh rule, and came to an end after only 15 years. 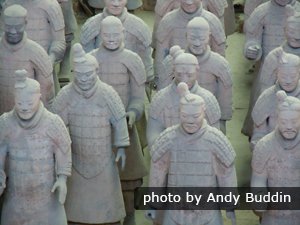 The Terracotta Army in Xi'an

Emperor Qin Shihuang united China by defeating the other six kingdoms (the states of Qi, Chu, Yan, Han, Zhao, and Wei) one by one from 230 BC to 221 BC. He then attacked the Huns in the north, and annexed Baiyue (百越 'Hundred Yue', referring to various partly or un-Sinicized people who inhabited Southern China).

After his great unification of China, Emperor Qinshihuang ordered the commencement of large building projects, including the Great Wall, the magnificent Mausoleum of Emperor Qin (including the Terracotta Army ), the Ling Canal (in Southern China), and the Dujiangyan Irrigation System (in Sichuan Province).

When and Why It Was Built

After the great unification of the Qin Dynasty (221–206 BC) in 221 BC, Emperor Qinshihuang ordered the construction of the Great Wall to prevent attacks from Mongolians and Manchus.

The Qin Great Wall relics are not popular with tourists, as there is not much to see, and they are not near popular tourist spots. We don't recommend them.

To appreciate the achievements of the Qin Dynasty it would be better to take a Xi'an tour to see the Terracotta Army, or see one of the other sights mentioned above.

The wall was rammed layers of earth in the areas on the plains, while it was built faced with stone blocks and filled with soil and stones in the mountainous areas.

Dimensions: The 12-kilometer (8-mile) long Jiufenzi section of the Great Wall (in Guyang County) is well-preserved, with the external wall being 5 meters (16 feet) high and the parapet wall being 2 meters (7 feet) tall, 2.8 meters (9 feet) wide at the top, and 3.1 meters (10 feet) wide at the bottom. The body of the wall was built using large rocks.

Materials: We can tell that the ancient workers and soldiers cut the stones piece by piece from the nearby mountains, and laid them after they were shaped. Each block of stone weighs from 25 kg (55 lb) to 30  kg (66 lb). It's materials and careful construction have allowed the Qin Great Wall at Guyang to remain standing, despite being exposed to the elements, for over 2,000 years.

Standing on top of the Great Wall offers visitors an exceptional view of its undulating beauty.

A watchtower or beacon tower was situated every 1,000 meters (0.6 mile) inside the wall, and most of them are set on the tops of mountain ridges. Four remain in Guyang County; the rest have collapsed.

Hundreds of rock paintings were on the internal sides of the Great Wall (107 rock paintings have been discovered), including pictures of goats, camels, deer, dancers, knights, and vivid ancient characters.

The Qin Dynasty Great Wall starts at Min County, which can be proven by numerous historical remains and relics.

Thirdly, a large number of man-made trenches are situated in the mountainous area of north Min County, highlighted by Zhuoping Trench (40 kilometers away from Min County).

The Ancient Trench is 5 to 11 meters (17 to 36 yards) wide and 5 meters deep (17 feet), the bottom of which has been utilized as farming land by the local villagers.