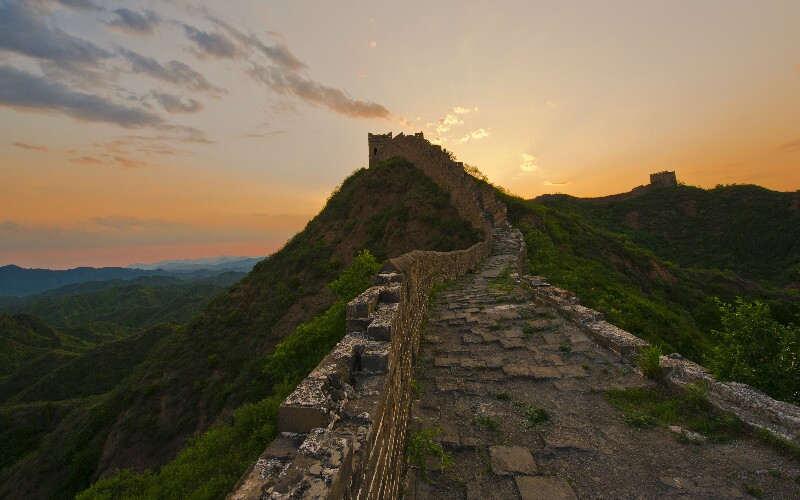 The Top 10 FAQs About the Great Wall 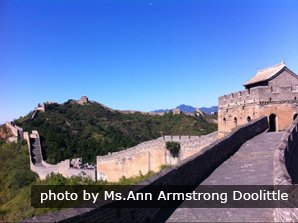 The Great Wall at Jinshanling

In addition to stone, parts of the wall consist of brick, wood, and compacted earth. In some parts, glutinous rice flower is used as the sealant between bricks. Read more about how the Great Wall was built.

9. What is the Great Wall’s Chinese name?

8. How far is the Great Wall from Beijing?

One of the closer sections that is suggested for tourists is Badaling, which is approximately 1.5 hours by car, or about 2.5 hours by tour bus. Mutianyu is about 2 hours by car. Read more on each section's distance form Beijing.

7. What time of year is best to visit? 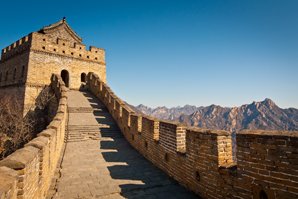 The Great Wall at Mutianyu in autumn

The fall and spring are the two best times to see the Great Wall.

During the fall, the changing colors of leaves and vegetation around the wall make for a spectacular sight, while the Spring brings superb weather and smaller crowds at the higher traffic sections. While the summer is still nice, July and August temperatures can reach the upper 80’s and low 90’s with a higher chance of rain. Winter at the Great Wall means picturesque frost-covered scenes, the cold air feels even colder due to the biting winds.

6. When was the Great Wall built?

Construction on the earliest pieces of the wall began in the 7th century BC and additional pieces were constructed and connected in later centuries. During the first dynasty in the third century BC, Emperor Qin unified China and ordered the destruction of parts of the wall that divided the various groups. To keep out northern enemies, he ordered construction of a new section of the wall to connect the wall’s remaining fortification. For more see "Great Wall of China History". 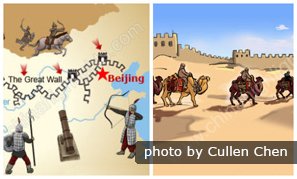 The Great Wall was built to prevent invasion from other northern nations, and also to protect Silk Road trade.

The primary function of the wall was for protection from invasion by Mongolian and Manchu armies from the North. Watchmen were stationed on the wall to keep lookout for approaching enemies. Also important was the Wall’s role in containing the developing empire to only those within its boundaries. And in Han Dynasty, 2. The Great Wall was extended west to Yumenguan to protect Silk Road trade.

4. What makes the Great Wall of China such a famous landmark?

The Great Wall is the world’s longest fortification, spanning over 5,000 km, as well as one of the oldest remaining man-made structures. You may be interested in more of China's Ancient Wonders.

3. Which section should I visit? 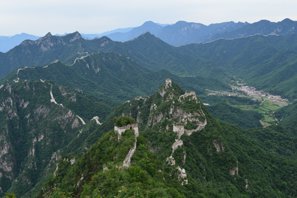 The answer to this question lies in exactly how you would like to experience the wall. Are you looking for a strenuous hike on the rugged terrain of an unrestored section of the Wall? Try Jiankou. Would you rather experience one of the most well-preserved sections? Visit Badaling. Or maybe you would like to see what the architecture looked like in its prime in a slightly less traveled area? Go to Mutianyu.

There are Great Wall sections spanning northern China, but the most popular ones are north of Beijing.

That is a great question, with many answers. Sections of the wall are easily accessible from Beijing via private car, tour, or if you’re feeling especially adventurous,see the Great Wall by bus.

Our Great Wall tours offer great ways to see the world's most famous wall, as part of a tour of Beijing or China.

1. Can you really see the Great Wall from Outer Space?

No. This myth dates back centuries before man entered space, and has been thoroughly debunked. Read more about why the Great Wall can't be seen from outer space.