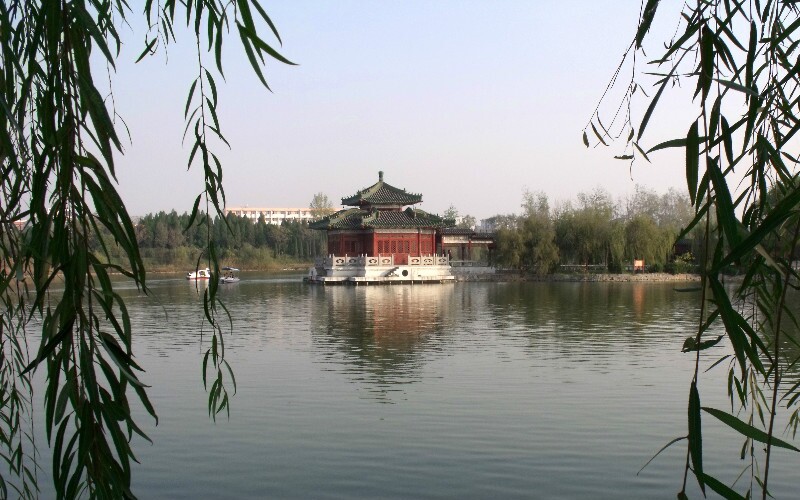 Kaifeng Travel Guide - How to Plan a Trip to Kaifeng

With a history of over 2,700 years, Kaifeng is a city with great historic and cultural significance being the most important metropolis in the world at the peak of its glory. It is famous for being one of the seven ancient capitals of China. From setting the precedent for education and science to introducing several new styles of calligraphy, the contribution of Kaifeng to the development and cultural heritage and of China cannot be underestimated.

The glory of Kaifeng was at its peak when it was the capital of the Northern Song Dynasty (960-1127). Being the political, economic and cultural center, it boasts of being the then most prosperous metropolis in the world where a host of renowned historical figures emerged, including the upright Bao Zheng, loyal generals of the Yang Family and the national hero, Yue Fei. It was also a time that science and education flourished, not only benefitting that era, but the policies of the time set the precedent for the later dynasties.

The prosperous era of Kaifeng is interestingly exhibited in the Riverside Scene at the Pure Moon Festival drawn by Zhang Zheduan from the Northern Song Dynasty (960-1127). The Kaifeng Museum displays the rich history of the city and is worth a visit.

With an area of 6,444 square kilometers (2,488 square miles), Kaifeng is located at the south of the Yellow River to the north, and faces the Huanghuai plain to the south. It has about Traveling in Kaifeng highlights the characteristics of the Song Dynasty (960-1279), during which you can appreciate the colorful folk customs such as lion dancing and stilt walking performances. There are many attractions to explore, some of which are given below:

Kaifeng's' Drum Tower is one of the Shanxi-Shaanxi-Gansu Guildhall buildings.

The hotels of Kaifeng are mainly concentrated in the Drum Tower area (the traditional city center) and Jinmin Square area (the new city center), of which the famous ones are listed as follows:

Kaifeng food culture has a long history and Kaifeng food is quite famous, with the popular Yu Cai ( Henan dish), one of the ten major cuisines in China, originating from here. Kaifeng can be called the cradle of Henan cuisine, featuring wheaten food as the popular item widely eaten by the locals. The famous Henan dishes include Carp with Noodles in Sweet and Sour Sauce, Spring Chicken in Salt, Small Steamed Buns, Chinese Rice Puddings, Mutton Broth, Almond Tea and Scrambled Agar-Agar Jellies. Here's a list of famous restaurants in Kaifeng.

Daoxiangju Restaurant specializes in making fried dumplings and wontons with shredded chicken. It was established in the eighth year (1882) of Emperor Guangxu's reign in the Qing Dynasty (1644-1911),
Location: west Songdu Imperial Street, Kaifeng

Opened in the 23rd year (1897) of Emperor Guangxu's reign in the Qing Dynasty (1644-1911), the Sha's Sauced Beef Restaurant specializes in making spiced and sauced beef.
Location: near Dongda Temple, Kaifeng

Shopping in Kaifeng can reward you with a rich experience as some local specialties are must-buys. Bian embroidery has the reputation of being a national treasure as it is one of the most famous genres of embroidery in China.The straw weaving is also very popular since the Bei Song Dynasty. The simple and plain straw is turned into all kinds of beautiful pieces of art, woven by the skillful craftsmen.

Kaifeng has a temperate monsoon climate with four clearly distinct seasons, featuring a cold winter, a warm spring, a hot summer and a cool autumn. The annual mean temperature is 14.5°C and the annual mean precipitation is a moderate 622 millimeters. The ideal time to visit the city is October/November, when the weather is neither too cold nor too hot, and you can also attend the Chrysanthemum Flower Fair.

For more details see weather info for nearby Luoyang.

Kaifeng is conveniently located with good transportation facilities, and direct trains and buses to and from Beijing, Zhengzhou and Luoyang are available at Kaifeng (Railway) Bus Station. It takes about an hour from Kaifeng to Xinzheng International Airport. There's now a 3-hour high-speed train from Beijing to Kaifeng and can be even better for getting to Kaifeng than a flight to Zhengzhou.

The starting price of a ticket in the downtown area of Kaifeng is 5 yuan for the first three kilometers (1.9 miles), and you'll be charged 1 yuan per kilometer later. The bus fare is just 1 yuan within Kaifeng city center. See Kaifeng Transportation.

Kaifeng is midway between Beijing and Xi'an and part of a Yellow River triangle of ancient capitals, the other two being Luoyang and Anyang.

Explore the rich history of China with our expert services. As leaders in bespoke China tour design, we have been helping our guests to have the best experience on their China trips for the past twenty years. From arranging hotels that suit your personal style and requirements to designing your whole tour, our experts provide a service that gives you the ultimate travel experience. For a free personalized itinerary suggestion and quote, including accommodation, select our Create My Trip Service.

Kaifeng and nearby ancient capitals could be tailored into our 7-day Golden Triangle (Beijing-Xi'an-Shanghai) itinerary between Beijing and Xi'an .