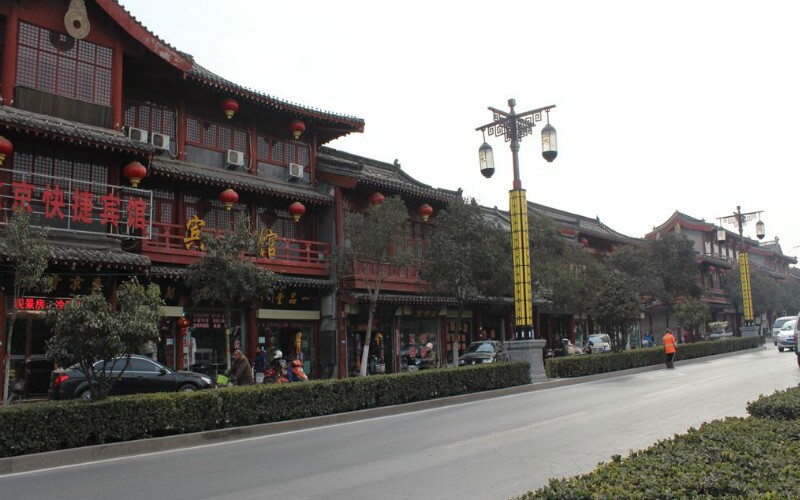 There is no airport in Kaifeng. However, Xinzheng Airport in Zhengzhou is not far from here.

How to Get To Xinzheng Airport from Kaifeng: Take an inter-city bus in Jinming Square and get off at Deyi Hotel in Zhengzhou. Then, take Bus 26 to Civil Aviation Hotel, and take an airport bus here. It takes about 40 minutes to get to Zhengzhou Airport.

Located in the Central Plain, transportation is quite convenient. Longhai Railway (Lianyungang-Lanzhou) which runs across China from east to west passes Kaifeng Railway Station. From Kaifeng, people can travel to Zhengzhou, Luoyang, Xi'an and other cities westwards, and go to Xuzhou in Jiangsu Province and other cities eastwards. Kaifeng is 70 kilometers (about 43.50 miles) from Zhengzhou and 150 kilometers (about 93.21 miles) from Shangqiu. From Kaifeng Railways Station, people can go to all parts f China via Jingguang Raiway (Beijing-Guangzhou) and Jingjiu (Beijing-Kowloon) Railway.

There are freeways connecting Kaifeng with Zhengzhou, Luoyang, Sanmenxia and Shangqiu. Via Zhengzhou, people can go to Xinxiang, Anyang and even Beijing northwards. Besides, people can go to Xuchang, Luohe, Zhumadian and even Shenzhen southwards. It is only a tem-minute drive from central city of Kaifeng to the freeway entrance. National Highway 106 (Beijing - Guangzhou) runs across Kaifeng from north to south. National Highway 310 (Tianshui - Lianyungang) crosses National Highway 220 (Kaifeng – Lankao - Binzhou) in Kaifeng.Kaifeng Long-distance Bus Station is north of Kaifeng Railway Station.

It is the most convenient to go to Zhengzhou from Kaifeng for there are inter-city buses with the ticket fare of 7 RMB. People can get on the bus at Jinming Square.

Starting price for taxis in Kaifeng is 5 RMB within 3 kilometers (about 1.86 miles). After that, passengers will be charged 1 RMB every kilometer. It will not cost more than 7 RMB to travel between different places of interest within the central city of Kaifeng.

Traffic between different places of interest within the central city of Kaifeng is quite convenient with buses connecting them. Buses are all pay-to-the-driver bus, with the ticket fare of 1 RMB per person. Bus 20 is a tourism line which can go to every places of interest directly.

Because places of interests are most located in the central city of Kaifeng and they are very close to each other, it is a good choice to take tricycles drawn by man.

Passengers will be charged 1 RMB for each kilometer if they take tricycles drawn by man. If they want a tricycle for a whole day long, they have to pay only 60 RMB.