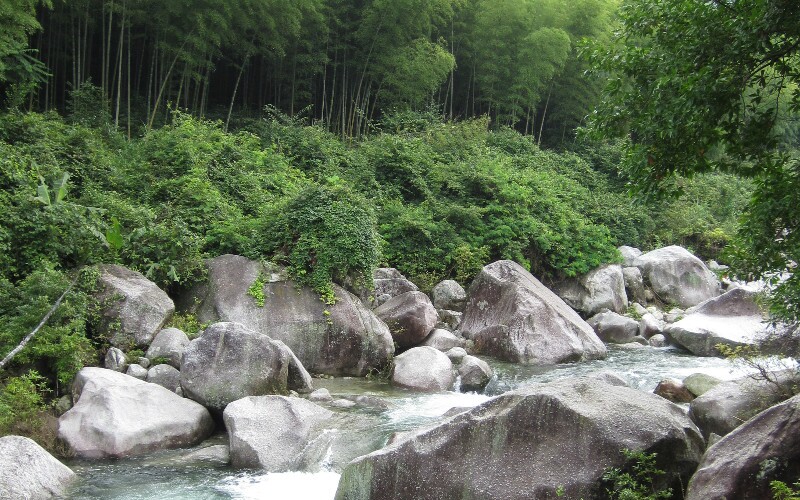 The Ningbo Lianghuang Mountain is steep with exotic peaks and stones, deep valley and quiet gully, flying waterfall and running spring. It is green as far as the eye can see with boundless graceful sceneries.

Numerous ancient and modern writers and poets left many valuable poetic masterpieces and footprints here. It has been one of the famous mountains in the Yangtze River Delta since the Song Dynasty. Xu Xiake, a tourist of the Ming Dynasty complimented the sceneries of the Lianghuang Mountain as “luxuriant peaks with graceful woods and exotic stones reflected in the water”.